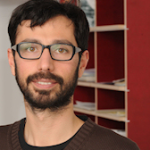 Recognize the picture on the cover? Our conference in Toruń. A beautiful medieval old town in Northern Poland. Catching up with good old friends. Making new friends. A timely conference theme: Situating Solidarities: social challenges for science and technology studies. Long lunch breaks in a sunny inner yard. Running into each other in between sessions. Good buildings for community building. Serious discussions about the coffee. Conference dinner in a fortress. Archery lessons. Desperado, a bizarre heavy metal pub. Astonishment about the number of routes and flight-train combination taken to get to Toruń. Rumours about a broken flight information display at Gatwick impeding friends and colleagues from coming. Ovation for the three collectives winners of EASST awards. Hat off to Krzysztof Abriszewski from the Nicholas Copernicus University and the organization. And, of course, the fireworks. An image that is also good when thinking about the kind of object we are enacting every two or four years (depending on how you define the ‘we’): the conference as a fire object.

Fire objects invite us to think about ontological multiplicity, about the conference as a multiplicity, not simply differently experienced by the individual participants, but involving differing sets of practices, concerns, infrastructures, topologies. The issue, of course, is not simply ascertaining difference, but understanding the politics of coordinating differing, sometimes even mutually exclusive enactments. The notion of fire objects thus invites critical thinking, as it underscores the impossibility of making everything present and the inevitable production of otherness and absences. It is provocative to think about our conferences along those lines: How to coordinate the multiple enactments of a conference, how to hold it together, while taking into account the inevitable production of absence?

One strategy, I think, is producing overtly incomplete archives. Archives are interesting knowledge devices, as they attempt to produce neither synthesis nor coherence, but to collect multiplicities and let them overlap, interact, intra-act. Normally, however, archives do have the pretension of completeness. But what about an archive that presents itself as being incomplete, that forces us to think about absences, to long for ‘other voices, other rooms’. I hope the pieces collected in this and the coming issues of the EASST Review about the Toruń conference will produce an incomplete archive of this kind, one that is capable of bringing together multiple ways of practicing our conference, while making us aware of not just of absent presences, but also of present absences.

A second strategy involves engaging with the politics of conference organization, which involves among many other things a politics of size and numbers, as well as of atmospheres and interiorities. What happens to EASST when we move from a conference with 600 participants to conferences with almost 2000? When does an academic community become a population to be governed? How do conference fees take into account not just North and South, East and West, but also the precarization of academic labour or the inclusion of non-academic researchers in science and technology? Or, more generally, which conference atmospheres do we aspire to? Which type of scholarship do they inspire? As with atmospheres more generally, the question here is about the type of interiority enacted by our conferences. Is it an issue-oriented one, based on heterogeneous and multi-disciplinary problematizations of science, technology and traditional social science accounts thereof? Or is a discipline-oriented interiority emerging as a consequence of an increasing institutionalization of the field? Are we seeing the contours of a post-STS landscape, as recently discussed at installingorder.org? Or is the other way around? STS as a generative multiplicity being currently risking disciplinarization?

Generative questions, I hope, which could guide us when shaping the future of the EASST Review as an incomplete archive and engaging with the ontological politics of conference organization.

One thought on “Editorial”