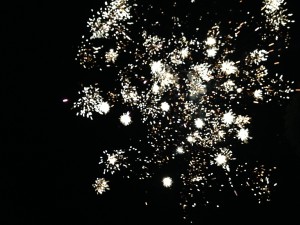 STS has sometimes been accused of ‘presentism’: a tendency to study configurations, assemblages, arrangements, sets of material practices that take place here and now, in the present. How would our key concepts, methods, analytical strategies change if we blurred the boundary between the past and the present, the here and the there, and sensitized ourselves to half-presences? This subplenary aimed to address this abstract question by initiating a discussion about the postsocialist condition. More specifically, we aimed to explore remembered and forgotten narratives of
modernism, sources of enthusiasm and scepticism towards technoscientific promises, and various configurations of the public and the private in sociotechnical innovations in order to discuss how the concept of postsocialism might contribute to ongoing debates in STS, and vice-versa, how insights from STS might help us better understand the postsocialist condition.

Inspired by participation in the EASST Panel on postsocialist condition, in this essay I tried to look into postsocialist transition in the sphere of education in Ukraine as influenced by introduction of Information and Communication Technologies. Utilizing Swierstra’s (2009) concept of techno-moral change, I trace how new technologies gradually assist renegotiation of the moral landscape in Ukrainian education sphere, whose integrity has been often questioned since the Soviet times. STS and Philosophy of Technology can be useful frameworks to further enhance existing knowledge on postsocialist transition and generate new one as to how this change can be facilitated.

Can STS be used as political theory? Two tracks at the EASST 2014 conference especially concerned with political issues invited us to seriously consider this question. One of them examined the role of the state as a political superstructure, while the other investigated uses of Internet among grass-roots social movements. Both demonstrated that all facets of politics can and must be taken into account when analyzing the coproduction of technology and society.

On the Intertwinements of Care and Temporalities. Shared Reflections on Some of the Conference Themes by Kay Felder & Susanne Oechsner

This collective reflection piece grew out of our shared observation that notions of care and temporalities continuously surfaced in a number of panels we visited at EASST 2014. We trace the intertwinements of these notions through different locations and set them in relation to our own work that we presented at the conference.

Situating Shifts. Reflecting on the Presentation of Change by Josefine Raasch

In this paper I present a short analysis of how shifts were examined in several presentations at the EASST conference in Toruń, Poland. I compare and generalize on my understandings of these shifts when I ask who was assumed to have brought the shifts into existence, what features were attributed to the shifts and what resulted from talking about shifts in these particular ways. In laying open my decisions of the writing process and positioning myself within this paper, I want to emphasize that I do not re-present these shifts, but produce specific academic shifts myself.

This short text provides a first hand commentary from this year’s EASST conference: Situated Solidarities, which took place in September in Toruń, Poland. The author deploys an ethnographic STS sensibility to the question of what is a conference. Taking as point of departure the track ‘Situating agencies and solidarities in environmental sustainability’, the author argues that the format of the EASST conference – with tracks going on over several sessions, producing continuous collective reflections and discussions, and with extended time and space for engaging in informal communication over lunch and coffee – is very well suited for building intellectual thought and relations.

Square Pegs and Round Holes: Research Funding and Disciplinary Legitimacy in STS by Mhorag Goff

The current round of European Commission funding represents an opportunity for the STS discipline, with greater alignment to the concerns and dispositions of STS research. If we are to win bids there are challenges to address in terms of negotiating an implicit agenda and hidden success criteria, and perennial tensions in terms of how we present a coherent story to market STS research. The plenary emphasized community building as a means to develop understanding of what STS scholars can offer and made a call to arms that as EASST members we must do what we do best by engaging with other worlds, if we are to achieve good ‘bar presence’ and support our research agendas.

“Doing STS – within academia and beyond” was the theme of the preconference doctoral workshop at this year’s EASST conference. The article begins with introducing theoretical perspectives of STS scholars and theirs visions of doing STS, in order to reflect on the workshop theme. Furthermore, selected concerns of participants are addressed such as the interaction with the empirical field, communicating STS research and the demands of the job market. The article ends with examples of good practices of doing STS presented in the workshop and encourages to take up the ideal of “avant-garde” as a stimulus for doing STS.

Caring for a displacement in meeting formats Report on the 4th meeting of the STS Spanish Network, 4-6 June 2014, Salamanca by Tomás Sánchez Criado & Nerea Calvillo

Our meeting ‘If you love me, go away! Deploying diasporas and activating care from the back room’ not only reflected on the complicated career prospects of young STS academics in Southern Europe, but also aimed at challenging traditional ways of producing and sharing knowledge within STS. Besides discussing at great length the prospects of a peer-to-peer (P2P) network format with Francesca Musiani (our keynote speaker), we sought to experiment with different meeting formats, ranging from dramaturgical performances, the cooking of
workshops to an online call for manifestos or videointerventions addressing how to engage with non-academic knowledge producers. In sum, this meeting has signaled for us an interest in the promotion and exploration of more inventive formats for the encounter of academics and non-academics not only addressed at sharing papers, but also at stimulating the production or testing more interventionist projects, ideas, and research devices.