At the moment, here in the UK at least, it sometimes feels like we’re living in a time warp. Suddenly, the gender pay gap is front page news again. My undergraduate students are getting agitated about the gendered division of domestic labour and presenting papers about how their mothers (born in the 1970s) have had to sacrifice their chances for careers to look after their children. Like their mothers before them, these students are struggling to see their way forward, knowing that they should be able to ‘balance’ work life with having a family, but having little idea how to do this. At the same time, thousands and thousands of women, and some men, are testifying to their experiences of endemic sexual harassment at work and in public spaces online. Everyday sexism has been documented in minute detail and survivors – both well-known and not – have come forward to accuse perpetrators at the highest levels of society of unacceptable and violent behaviour.

Feminism, to put it bluntly, despite having been so powerful, sometimes seems to have achieved so little. Like my students, I regularly find myself caught in a ‘Groundhog Day’ horror at the ubiquity of entrenched global sexism. There is so much complex work left to do.

1. Fit our own masks before helping others

Let’s first try to sort out our own institutions by openly and clearly addressing issues of inequality and diversity. How are we doing on these matters at EASST Council and in our Departments and Research Centres? Here at Lancaster University, we have worked hard on achieving diversity amongst the keynote speakers for the 2018 EASST conference, but we have not audited sessions: does it matter if we have single-gender panels (see #allmalepanel)? What does the spread of age and academic levels look like, and are we making space for scholars and ideas from the global South? Will ethnic, sexual and other minorities feel safe at the conference? How might the way we all behave at the conference make some people feel less than welcome? Should we adjust our practices to help those who identify as neurodiverse, for example? What assumptions do our ways of working make about bodies and minds that might make academic life disproportionately difficult for some and/or affirm and entrench wider patterns of discrimination and inequality?

We also need to think about the journals we edit and review for. Whose work are we publishing and whose gets rejected (in relation to feminist publishing, see Connell 2015; Roberts and Connell, 2017)? What kind of work are we willing to review and when and why do we say, ‘No, sorry, I can’t.’ For our own writing, similarly, who do we read and cite? And, hugely importantly, what texts and case studies or examples do we teach (see the ‘Why is My Curriculum White?’ campaign: www.dtmh.ucl.ac.uk/videos/curriculum-white/)? Thinking critically about how our practices of selection and citation become naturalised can be hard work, but it’s usually rewarding and can open up rich avenues of learning and inspiration.

2. Contribute our skills and knowledge to academic and public debates on sexual violence

Feminist technoscience studies (FTS) has a long and rich history of exploring sexism in science, medicine and technology design and use. We have, in my view, a huge amount of expertise, empirical, conceptual and methodological, to contribute to academic and political efforts to address sexism wherever it occurs. Most significantly perhaps, FTS has clarified the ways in which non-human actors are enrolled in the networks of practices that materialise discrimination in all its forms. More specifically, there is huge scope for more FTS projects on the rise of social media politics (both feminist and anti-feminist); and on the multiple ways in which sexism remains entrenched in both public and private forms of work. More broadly, STS has expertise to offer in the analysis of social media networks and internet materialities that are of great relevance to analysing #Metoo and other hashtag and online campaigns.

3. Engage with feminist debates on sexuality and subjectivity

Current debates on sexual harassment bring up challenging questions about responsibility, aggression, sexuality, guilt and shame. There are strong debates in online and other media about the best ways to document and address experiences of violence, sexual abuse and harassment and about whether the #Metoo movement ameliorates or exacerbates harm for individuals and for society more broadly. Individual testimonies clearly help us know and demonstrate the multiplicity of harassment forms. Many commentators argue that the accumulation of such reports creates much-needed understanding of the patterning of abuse and harassment; that through collecting stories, we can come to know better who is more likely to suffer abuse within particular institutions such as universities and other work places. But publically naming individuals – victims/survivors and perpetrators – is a fraught business, both legally and socially. Online spaces facilitate rapid reactions and counter-reactions and can fuel aggressive backlash, in both individual and more organised forms. The intensity of hatred voiced online raises real concerns about people’s psychological and physical safety.

To understand the enduring nature of sexism we need viable theories of how sex/gender and sexuality are enacted in and through us as humans. STS has made serious contributions to knowledge in its focus on human-non-human relations, but typically this has been at the (deliberate) expense of paying attention to processes of subjectification and desire. Institutions, practices, materialities, policies, discourses are all hugely important in the production of sexism, but so are subjectivities and relations between people. To gain traction on sexual violence, harassment and discrimination we also need to address the (inter)subjective dimensions of gender, sex and sexuality. There are extensive and wonderful feminist literatures on sexuality, pleasure, shame and violence (see for example Cvetkovich, 2003; Probyn, 2005; Nash, 2014; Berlant and Edelman, 2014) that might really take some STS scholars out of their comfort zones, but which may, in conjunction with more materialist accounts (see for example, Terry, 2017; Race, 2017), provide real traction in thinking about current problems of sexual violence and harassment, enabling us to loosen sexisms’ seemingly locked-on grasp on all our lives. 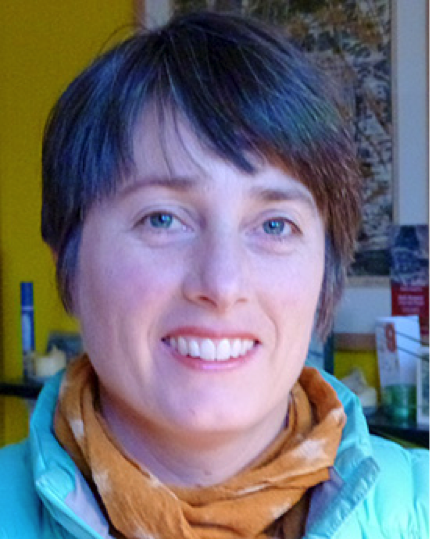 Celia Roberts is Professor of Gender and Science Studies and Co-Director of the Centre for Gender and Women’s Studies at Lancaster University’s Department of Sociology. She is the author of Puberty in Crisis: The sociology of early sexual development (CUP, 2015) and Messengers of Sex: Hormones, biomedicine and feminism (CUP, 2007). She is currently writing a book on biosensing with Adrian Mackenzie and Maggie Mort.