From 3-5 December 2015 the newly established national organization for science and technology studies STS Austria (see www.sts-austria.org) celebrated its launch with an international conference on the premises of the University of Vienna. This conference, organized with support from EASST and various other institutions, explored living in technoscientific worlds, as the title indicated, and thereto brought together a wide variety of researchers and their work from within Austria, Europe and beyond. From all their contributions emerged a colorful picture of what STS has to offer. Richly exhibiting the shared agenda of the field to make sense of the socio-material practices that surround us (as it was summarized in the closing panel), the conference made a strong case for the relevance of current work in STS. All the more reason for participants in a concluding discussion to consider how to strengthen not only research on sociotechnical practices, but also contributions to practices we study and the way we organize the practices of STS itself.

The title ‘Living in Technoscientific Worlds’ deliberately opens up a plethora of sites and ways in which people interact with science and technology in their daily lives, and contributions to the conference did not disappoint in mapping many of these ways in great detail. From particular objects to so-called grand political challenges, the program covered the various facets of technoscientific worlds across many scientific disciplines, social domains and geographical locations. Without claiming to either be representative or do justice to this diversity, I came way with many interesting observations, lessons learned and new questions to ask.

As is tradition in STS, various presenters took specific mundane or novel objects and explored their relations to personal identities, social norms, economic ambitions or political imaginations. Among other things, we learned about the ways radio frequency tags in clothing are sold with the promise that they create effortless order and efficiency for the marketplace (or fashion store, as the case may be); how stem cells may be considered different things depending on the model for how to sell them as health care revolutions; or – as Judy Wajcman discussed in one of the keynotes – how our possibilities for digital communication enable the frantic, continuously connected lifestyle we were already committed to – rather than causing it.

Yet STS has also develop particular perspectives on how science and technology affect – and are affected by – sites and forms of living together that have traditionally drawn interest of other social sciences. Various policy-initiatives were critically interrogated, including the transnational travel of elite universities like MIT that turn out to change when traveling away from the US, rather than just being implemented elsewhere. Science also received its due as a profession in contributions interrogating how researchers ‘choreograph’ their interactions in interdisciplinary projects, or how they reflect on the differences and tensions between academic and industrial research from the vantage point of their own careers.

Still further, at various points during the conference discussions moved to interrogating conceptual categories that describe the – perceived – major challenges contemporary societies deal with. ‘Science’ as a category itself is not excluded from this discussion. The challenges science confronts were explored in Maja Horst’s keynote on the various levels at which attempts to communicate science seek to build a widely shared ‘scientific culture’. In related, yet different terms several presenters took up the notion that governance of technoscience needs rethinking, exploring approaches rooted in reflexivity, anticipation, responsibility and engagement as pathways for more socially robust and responsive technoscientific advances.

Across all of the different places, domains and levels of technoscientific worlds addressed in contributions to the conference, presenters – in lively interactions with their audiences – persistently debated the possibilities and limits of the various concepts and perspectives in the toolkit STS provides. What are the differences and implications of the various adjectives for ‘governance’ that (in part) have emerged from STS itself? To what extent are our diagnoses of shortcomings in how scientists conceptualize their publics applicable on new areas? How do we maintain a focus on materiality when thinking about policies, strategies and imagination? What do we ourselves take for granted when trying to unravel the implications of lives in technoscientific worlds?

Questions like these were peppered through a closing session led by Ulrike Felt and Alan Irwin, in which all conference participants were invited to contribute, which formed a fitting conclusion to the conference. This panel both crystallized many of the discussions of the previous two days and provided a helpful baseline for STS Austria in building its presence  – both in STS and in Austria – from its launch onwards. The conversation in this session revolved around various perspectives on both the idea and the practice of ‘practice’ and thereby helped in identifying some of the challenges STS (still) faces in claiming a place in conversing with its technoscientific environment.

One challenging dimension for STS as a field is how it relates to the structural demands of these worlds on how STS works. The field finds itself in a curious position in that regard, since many of its insights on scientific careers, funding mechanisms and indicators of quality and productivity barely find resonance in institutional strategies within STS. While we know that careers are precarious, or that funding requirements and publication scores may shape the issues we focus on and perspectives we develop, several contributions to this discussion implied a variation to the tune that we nevertheless play the game. Can we do more to challenge a system of which we are acutely aware that it has severe limitations?

How scholars in STS collectively respond to this question has important implications for directions the field may take in the future. On the one hand, particularly scholars that find themselves in the transition from junior to senior positions indicated that they miss an awareness of the challenges confronting the next generations in the field – which include, for example, the absence of a perspective on long-term stability due to the short duration of research projects. On the other hand, similar observations were made about geographical expansion of the field and the question how to integrate colleagues from outside Europe, North America, Australia and a few pockets in Asia – and their perspectives on living in technoscientific worlds – in the shared intellectual endeavor of STS. How can STS develop ways to enrich its perspectives on sociotechnical practices into areas it has not (yet) seriously engaged with?

Finally, conference participants also observed how the ways STS engages with its surrounding technoscientific worlds is often influenced by assumptions we carry about ‘outsiders’. Curiously, we often assume interlocutors such as policy-makers to neither understand our conceptual language, nor to be sufficiently reflexive to truly take on board the STS perspective. The question then, of course, is whether we are not too rigid in policing our intellectual tools, whether we aren’t reproducing attitudes we have been critical of ourselves, and whether we thereby not put the potential of our field to participate in conversations on important sociotechnical questions and challenges at risk. As the rich demonstration of STS perspectives in this conference showed, we have many interesting and important things to say. Yet it is to no small degree also up to us to make our voice worth listening to. How then to take serious those ‘outsiders’ that think we can make fruitful contributions to their practices?

The colorful display of STS perspectives on the sociomaterial practices that build the world we live in not only showed why the field is relevant, but also that the questions STS asks are too important to be secluded to an exclusive academic field. If we can draw one conclusion with implications far and wide beyond national boundaries from this conference, it is that both the diversity of work presented and reflexive questions posed to conclude the conference confirm this. While the field of STS thus needs to confront the various challenges of its own technoscientific environment of a disciplinary academy, it simultaneously should remain open to new perspectives coming from new generations, locations or practices adjacent to our own. The concluding panel therefore finished with the observation that there is work to be done for STS in cultivating open encounters with diverse forms of life in technoscientific worlds. 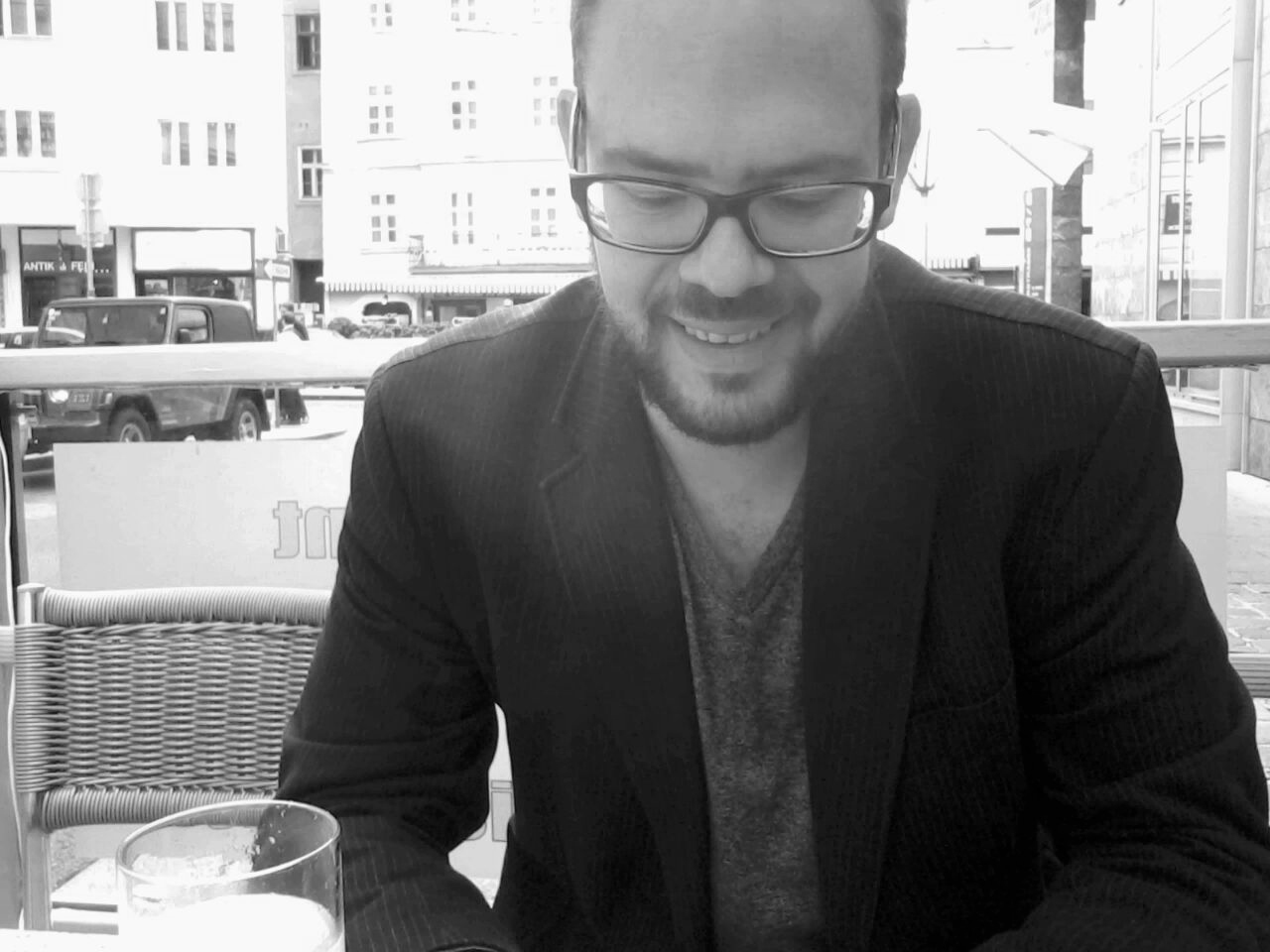 Erik Aarden is a postdoctoral university assistant with the STS Department at the University of Vienna. In his research and teaching he is interested in the relations between science and technology, socio-political orders and implications for distributive justice, seen through a comparative lens and with a focus on biomedical research and innovation.