The highlight of the STS teaching program for B.A. Sociology students is the STS Summer Research Practice, which takes place alternatively in sites of large technical systems (dams and power stations) and big research infrastructures. The Summer Research Practice aims to mimic classical STS fieldwork (as done by Latour and Knorr-Cetina). Students immerse into the daily life of scientists and engineers for about a week. In groups of two or three students, they are assigned to a particular micro community and collect data about it. They use STS concepts and methods as a tool for understanding and describing everyday life of scientists and engineers. Since scientific research and engineering practice is widely unknown to the public, displaying its “essential” features is another key tasks of the students. The Summer Research Practice ends with a public presentation of the research papers written by each of the groups. Among the discussants are representatives of the studied communities.

The Summer School “Science and Technology as Way of Life and Identification: Observing the Practices at Confined Research Stations and Large Technical Systems in High Mountains”, held at the Rozhen National Astronomical Observatory, Bulgaria, from 22 of June to 1 July 2015, was the first international edition of the STS Summer School, regularly held since year 2000. Sixteen Bulgarian B.A. sociology students took part in this, along with twelve anthropology students from Laboratory for Social and Anthropological Research at Tomsk State University, Russia, whose travel expenses were supported by the project “Man in a Changing World. Problems of Identity and Social Adaptation in History and at Present” (the RF Government grant No. 14.B25.31.0009). The summer school was also awarded an EASST Network Fund.

The program included an introductory theoretical and methodological seminar on Anthropology of Science and Sociology of Large Technical Systems, a seminar on methodology of data collection, fieldwork at the Rozhen National Astronomical Observatory and high mountain dam, assessment of the collected data and instructions how to prepare the research reports, data analysis and writing research reports (two months after fieldwork), the presentation of research reports at competitively organized student sessions (held in Plovdiv and Tomsk). The practice was supervised by Prof. Ivan Tchalakov (Plovdiv University), Associate Prof. Irina Popravko (Tomsk State University, Russia) and Dr. Tihomir Mitev (Plovdiv University).

During the program, students spent one week with the research community of astronomers and supporting engineering staff at NAO Rozhen – the biggest astronomical site in South-Eastern Europe. NAO Rozhen is managed by the Astronomy Institute of the Bulgarian Academy of Sciences, which is involved in research in astronomy, astrophysics, as well as in the training of professionals and students interested in this field. The Institute has two modern observatories to conduct astronomical observations and research – NAO Rozhen and AO Belogradchik. NAO Rozhen provides observations on a wide class of astronomical and astrophysical phenomena – from dynamics and physics of bodies in the solar system to extragalactic research on asteroids and comets, star spectra of different classes and types of variability, star clusters, close and distant galaxies, quasars.

The observatory, its scientists and engineers, their everyday life, practices and overall work were the object of research. International groups of two or three students observed the daily work of particular researchers, conducted interviews, analyzed documents and technical artifacts, and collected photo and video data. Special attention was paid to practical application and use of semiotics in the analysis of collected data. In their research, student groups approached different aspects of the life of this heterogeneous community.

Some teams reflected on the changing position of these scientists, taking into account both everyday immersion in the studied community and public perception of astronomy. For example, analyzing the relationships between astronomers and their publics (citizens that every day visit Rozhen observatory, local and regional authorities in Smolyan region, public media), students reflected on Schütz’ distinction of three types of social knowledge – the knowledge of the man in the street, the expert and the well-informed citizen. Interestingly, these three types could not grasp the relationships students identified, since some members of the public, especially amateur-astronomers but not only, have acquired deep enough knowledge to erode the asymmetry between experts and the other two groups, as assumed in Schütz’ typology. At the same time, astronomers (and especially the Institute of Astronomy as an institution) lack the knowledge and skills to promote the significance and attraction of their research to the larger public and thus boost its legitimacy – what is probably due to its inherited tradition of being dependent on and working with top public authorities.

Others student groups described the similarities between sociology and astronomy, using Weber’s understanding of science as a vocation. They focused on the anthropology of scientific practices and turned their attention to problems that arose in this heterogeneous community by addressing a crisis that occurred during one of the observations, the ways of dealing with it and the links between the heterogeneous elements in the network by applying Latour’s Actor-Network Theory.

Many papers examined this scientific community as a network of actors, particularly with a focus on the interaction between humans and non-humans, highlighting the influence of change of equipment on the process of doing science. Finally, some papers traced the steps followed by an astronomer in order to reach his/her scientific goals, making visible the routes of translation in the work of the scientist, through the prism of Latour’s and Callon’s terminology, while simultaneously showing how science “reproduces” itself. Elena Genkova is currently a fourth year B.A. sociology student in Plovdiv University „Paisii Hilendarski“. She graduated from Humanitarian High-school „St. st. Kiril and Metodii“ Plovdiv, in 2012, particularly studying English, Philosophy, Literature and History. She participated in numerous events concerning innovative technologies and ecology and took part in several sociological studies by analyzing and acquiring data. Her main interests are in sociology of science and technology, semiotics and data processing. 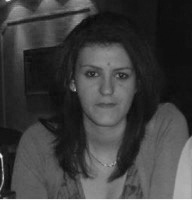 Gergana Dineva is currently a fourth year B.A. sociology student in Plovdiv University „Paisii Hilendarski“. Her interests are related to sociology of science and technology, risk societies and data processing. She participated in student practice under the Human Resources Development Operational Programme, co-financed by the European Social fund, that took place at the Bulgarian Red cross. She graduated from Secondary School „St. Kiril and Metodii“, humanitarian profile with enhanced studying of greek, history and technology.