The Energy Babble, part of the Energy and Co-Designing Communities project (ECDC)((ECDC was funded by RCUK and led by the EPSRC (project code ES/1007318/1). The project team included Andy Boucher, Bill Gaver, Tobie Kerridge, Mike Michael, Liliana Ovalle and Mathew Plummer-Fernandez.)). This interactive device emerged and operated over the course of the three-year project where design and STS researchers sought to engage with a number of UK based energy communities and bring about provocative enactments of energy-demand reduction mediated by social media and algorithmic forms of elicitation. The project team made thirty six Energy Babble devices in total, which were deployed amongst communities in Cornwall, Devon, London, Norfolk, Nottinghamshire and Sussex over the course of three months. The device took two years to devise, design and fabricate, following an engagement workshop and initial ‘ethnographic’ contact. Whilst being deployed, further ethnographic work was conducted with the communities to gain an understanding their energy-demand reduction practices and how their practices and communities had been shaped through the intervention of the device. So far, accounts of the Energy Babble and the ECDC project have featured in the Sociological Review((Wilkie, Alex, Michael, Mike and Plummer-Fernandez, Mathew. 2015. Speculative Method and Twitter: Bots, Energy and Three Conceptual Characters. The Sociological Review, 63(1), 79–101.)) and the SIGCHI((Gaver, William, Michael, Mike, Kerridge, Tobie, Wilkie, Alex, Boucher, Andy, Ovalle, Liliana and Plummer-Fernandez, Matthew. Energy Babble: Mixing Environmentally-Oriented Internet Content to Engage Community Groups. ed. Proceedings of the 33rd Annual ACM Conference on Human Factors in Computing Systems, 2015, 1115-1124.)).

The Energy Babble was the upshot of a lengthy design process, which, as mentioned in the previous caption, included and drew on contact with the research participants. A key part of the design process was the production of a series of design workbooks that bring together empirical observations and insights, a review of related (and sometimes unrelated) existing and emerging technologies, as well as sketched propositions and proposals for devices, systems and other designed artefacts that the team might build as deployable research devices. Sketches are often humorous, absurd and non-sensical as a means to re-think the problems and questions that are being posed by the topic of the research, in this case energy-demand reduction in local-community contexts. During the ECDC project, three design workbooks were made, successively defining, redefining and refining proposals until the brief for the Energy Babble emerged. In other words, until a firm idea of what the team was to design came to fruition.

An energy-community visualisation created during the engagement workshop at the Gefrye Museum, London. The engagement workshop included approximately thirty representatives from the local energy communities that the ECDC project team worked with and consisted of three key activities designed to explore somewhat speculative community make-up and topology, the home as a affective site of energy use and the environmental expectations of community members. 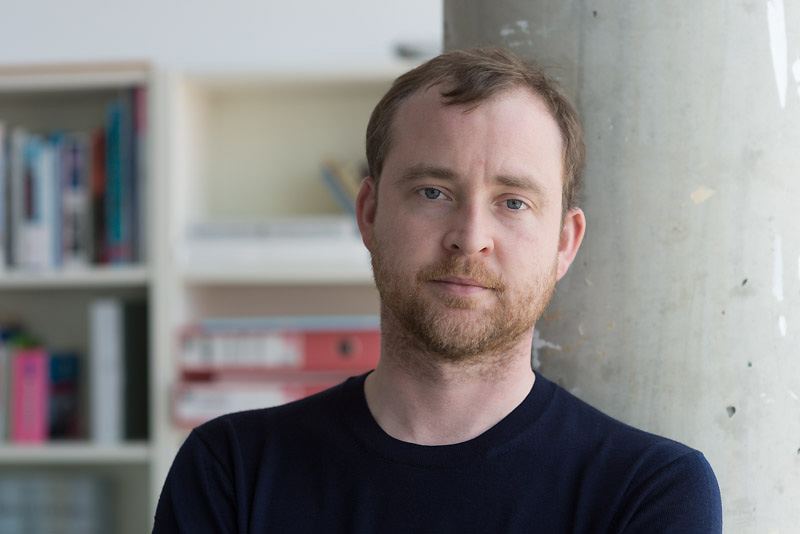 Alex Wilkie is a Senior Lecturer in Design at Goldsmiths, University of London, and a sociologist of science and technology. His research interests combine STS with design and address data practices, energy, healthcare, inventive methods, users, process and speculative theory. At Goldsmiths, Alex leads the MA Interaction Design and the PhD programme in Design Studies. He is preparing a monograph on the ethnographic study of user-centred design, and is co-editor of Inventing the Social (Matering Press, forthcoming), Transversal Speculations (forthcoming) and Studio Studies (Routledge, 2015).