The Anthropocene event in social theory has reinforced concerns with ontology within STS (Blok and Jensen, 2019). Not only is the Anthropocene characterized by couplings of human and non-human agency, where the boundaries between social, planetary and environmental forces are increasingly blurred (Latour, 2014), but it also displays heterogenous responses and solutions. Permaculture, the Green New Deal, Solar Radiation Management, Extinction Rebellion and sustainable living, more than indicating distinct visions, narratives and repertoires of meaning, can be understood as interventions that aim at assembling particular versions of the world. By recruiting a wide range of technologies, practices and nonhumans, these interventions are “ways of worlding” (Blaser, 2014), of bringing forth specific ontologies: while, on the one hand, there are concerns with the post-political and depoliticizing undertones of the Anthropocene (Swyngedouw and Ernstson, 2018), on the other hand this proposed geological epoch has become a driving force underlying a multitude of social, political and technological devices – the politics and ontologies of the Anthropocene are up for debate.

The panel “The Ontological Politics of the Anthropocene” stemmed from the recognition that there are many Anthropocenes, often illustrated by conceptual iterations such as the Capitalocene, Chthulucene or the Wasteocene. In his presentation, António Carvalho focused on how the Anthropocene can be understood as a driving force behind devices of self-regulation and self-organization, exploring the cases of mindfulness and Planetary Boundaries, thus delving into the articulations if bio and geopower. Camilo Castillo explored the case of the Páramos ecosystems in Colombia, reflecting on the interface of conservation policies and ontological politics in the Anthropocene, including the ways in which ecosystems are differently enacted by indigenous communities and the State. Adam John Standring and Rolf Lidskog, while reflecting on the current climate crisis, drew on Swyngedouw and Ernstson’s work (2018) to argue that there should be a distinction between politics (as a set of practices) and the political (as a site of socioecological conflict). Stefan Schäfer and Cameron Hu explored some of the theoretical intricacies of the Anthropocene, developing an ambitious theoretical framework that recognizes how the figure of the planetary became a recurrent trope for contemporary models – and workings – of sovereignty, the economy and geopolitics. Richard Randell and Robert Braun dialogued with Carl Schmitt’s philosophy to suggest that during the 20th century we have witnessed the emergence of a new Nomos – the Nomos of the Anthropocene – anchored in technoscientific power/violence. Jacob Barton shared an original perspective on the climate crisis, informed by postcolonial and critical race theory, arguing that the term Blanco-finescene is more adequate than the Anthropocene to represent our current planetary zeitgeist.

These different presentations – and the ensuing discussion – reinforced how the Anthropocene – and the socioenvironmental crisis – have triggered distinct forms of practical and theoretical wordling. Although the presenters displayed distinct – and often conflicting – stances on how to make sense of the climate crisis – and even how to name this proposed geological epoch – all presentations recognized the multitude of hybrid forces shaping the Anthropocene, including economics, politics, technology, energy and human and nonhuman agency in general. The ontological heterogeneity of the Anthropocene is particularly well illustrated by the COVID-19 pandemic. As Bruno Latour suggested, the pandemic is embedded “in an ongoing, irreversible ecological mutation” (Latour, 2020). The current pandemic is a clear illustration of the great acceleration fueled by the Anthropocene, since “the pace of economic extraction virulently broke down ecosystems, releasing viral agents that threaten biological integrity” (Carvalho and Velicu, 2020). Entire economic, social and political infrastructures are disrupted by molecular entities, turning nonhumans into fully-fledged agents of history, inevitably vindicating methodological and theoretical approaches that attend to the multitude of dances of agency between humans and non-humans.

While, on the one hand, the current pandemic requires the reinforcement of biopolitical and immunological strategies to fend off the virus – through FFP2 masks, soap, physical distancing, respiratory etiquette and alcohol-based hand sanitizers -, on the other hand the “social” is inevitably affected by the capacity of viral, nonhuman agency – the economy crumbles, flights are cancelled, entire communities are put under quarantine and the virus becomes a novel meta-narrative. The ontological politics of the pandemic are complex. Its webs of associations entail smartphone apps, viral agents, political and ideological stances, information and media flows, epidemiological models, mobility and the State. While it is recognized that the time is out of joint, we witness an attempt to manage uncertainty and the unknown through the State of Exception and by maximizing double delegation processes (Callon, Lascoumes and Barthe, 2009), relying on scientific and medical authorities to deal with the current crisis. While this could be yet another sign of the current “post-political” climate, with the reliance on technical authority presenting a governance bottleneck supported by the biopolitical rule, virus denial seems to be the strategy followed by those who also happen to deny the dangers posed by climate change.

The practical, everyday life implications of the pandemic have turned our lives upside down. Conferences were either postponed or went online. That was the case of the EASST/4S 2020 conference. Airplane tickets, hotel reservations and coffee breaks were replaced by Zoom calls, never ending email exchanges and SlidesLive presentations. How should we make sense of this? What does it tell us about ontology, the pandemic and the Anthropocene?

In order to safeguard our immunological integrity, we have surrounded ourselves with cell phones and laptops and a wide range of technological apparatuses. Digital life is apparently immune to the biological threat – although it presents threats of its own – and it has been turned into the ideal milieu to cope with physical distancing. Online conferences present a number of challenges – chairs have to be trained on how to moderate a session through Zoom, assigning all presenters co-host status; presenters need to be able to record and upload their communications. During the session, one has to make sure that chat messages sent through the SlidesLive link reach all participants, and that everyone is able to use their microphones to pose questions.

Zoom meetings are the trope of our current condition – the embodied experience of everyday webs of associations is now mediated by a digital layer, an extension of our quarantined selves. Our academic lifeworlds become software affordances. Just when we thought that the managerial and normative machine of Academia couldn’t get any worse, we are thrown into a biopolitical dystopia that replaces physicality by haptic and audiovisual engagements with technologies. No longer physically together, virtual conferences require a careful crafting of our academic avatars and even of our Skype/Zoom backgrounds.

Although safer and even more “sustainable” – think about the tons of CO2 emissions saved – online conferences are deprived of the fleshy and lively dimensions that often trigger novelty. Think of the eventful dynamics that can lead to collaborations, innovative projects and new theoretical directions. Although it is certainly possible to reinvent academic rituals through digital technologies, pandemic ontologies of isolation (Carvalho and Velicu, 2020) foster a pasteurization of academic interactions.

If the Anthropocene has been widely criticized for naturalizing the “human” as a whole, thus justifying the expansion of the biopolitical domain to the planetary realm – through techniques of geoengineering (Swyngedouw and Ernstson, 2018) – it is also critical to rethink the technologies – platforms, software, media – that enact the virtual. After all, we can think about the virtual as the condition of real experience (Deleuze, 1991), and as Haraway constantly reminds us, “It matters what matters we use to think other matters with”. In sum, the virtual is immanent to the webs of associations – and technologies – that are put in place to assemble the social, and by engaging with new technologies and software we can look at the virtual as a site of playful speculation, generating new formats for academic interaction beyond “speech” and “discourse”, such as songs, videos, games, virtual reality, etc. – the list is endless.

In that sense, the ontological politics of the pandemic include the wide range of new webs of associations established between human, viral and technological assemblages, the various interventions that are put in place to manage the public health crisis (quarantines, contact tracing, surveillance technologies, denial) as well as changes related to the ways in which we work and live. The 2020 4S/EASST conference can be understood as a case study to imagine new forms of academic collaboration and engagement, and the STS community should delve into the new ontologies triggered by the current pandemic, namely into the articulations of non-humans, digital technologies, work and emerging forms of expression and academic communication.

Blok A, and Jensen CB (2019) The Anthropocene event in social theory: On ways of problematizing nonhuman materiality differently. The Sociological Review 67(6):1195-1211.

Carvalho A and Velicu I (2020) Pandemic Ontologies of Isolation. Undisciplined Environments. Available at https://undisciplinedenvironments.org/2020/04/28/pandemic-ontologies-of-isolation/ (accessed 8.9.2020)

Latour B (2020) What protective measures can you think of so we don’t go back to the pre-crisis production model? Available at http://www.bruno-latour.fr/sites/default/files/P-202-AOC-ENGLISH.pdf (accessed 8.9.2020) 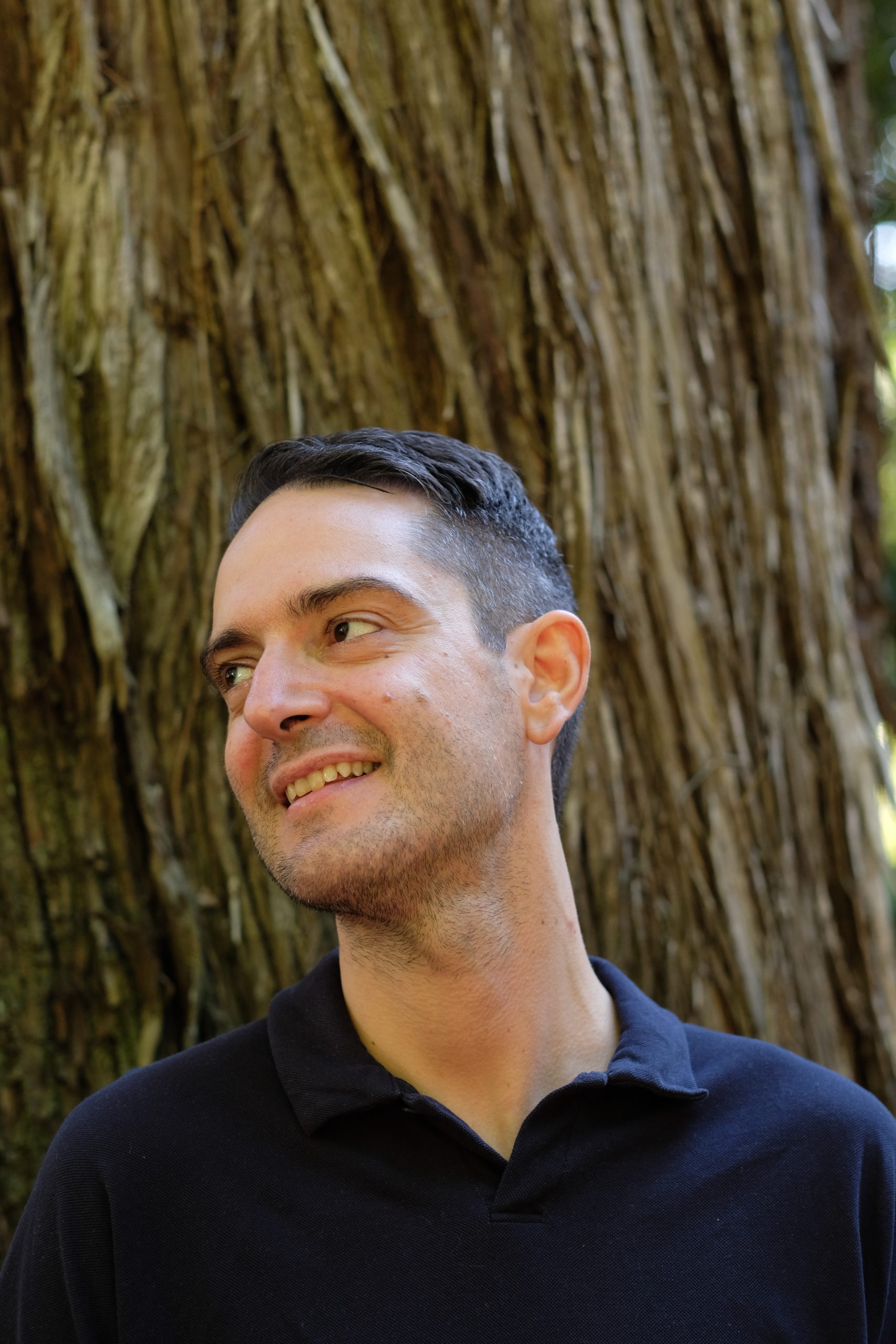 António Carvalho is a research fellow at the Centre for Social Studies of the University of Coimbra. He is the principal investigator of TROPO – Anthropocenic Ontologies in Portugal, a research project focused on multiple social, political and technological interventions to deal with the climate crisis. His current research interests include affect, the ethics of emerging technologies, mindfulness and the Anthropocene.