Invested with ideals ranging from ‘the smart city’, ‘evidence-based policy’, ‘algorithmic governance’, ‘citizen science’, or ‘hack-tivism’, sensors have been widely foregrounded in contemporary debates about the role of digital technologies in addressing the big political challenges of our time. The idea of a workshop on the politics of sensing developed in discussions with our colleagues at the Munich Centre for Technology in Society (MCTS) about the need to take on the political and ethical challenges emerging in data-driven approaches to dealing with public issues and to challenge narrowly reductive and positivist accounts of ‘big data’ and informational politics.

The workshop was developed with three broad motivations: first, to address theoretical questions about how concepts of sensing might be used to freshly problematize recent political debates about the shape of public space and ‘data power’ in digital societies? Second, to bring together researchers in security studies together with participatory and environmental researchers to explore opportunities for collaboration between these fields. And, lastly, and somewhat opportunist on our part, to invite a diverse range of researchers and engineers who themselves are experimenting with sensors to Munich to explore with them whether and how the ‘proliferation of sensors’ might open up inventive approaches to social research.

Through invited keynotes given by Geoffrey Bowker and Jennifer Gabrys, we aimed to put into dialogue two leading figures in the social study of digital devices and data infrastructures. Both speakers engaged with the ways in which sensors not only produce ‘raw data’ but also often problematise the relation between epistemic practices and their environments. Addressing the politics and ontology of data infrastructures, Geoffrey Bowker turned to a provocation from a Business Week article claiming that “the earth will don an electronic skin”, mobilizing this fantastic-sounding proposition as a critical resource for attending to controversies around the uses and abuses of personal data. Rather than reducing the politics of personal data to issues about the rights of private individuals, Bowker proposed that researchers engage with how such controversies can also provoke reorderings between politics and its environments. Attacking the ‘misplaced concretism’ of epistemologies of ‘big data’, Bowker argued against falling into the trap of naturalising relations between digital infrastructures and particular forms of social and political order. In her keynote on environment data and data citizenships, Jennifer Gabrys discussed her work in the “CitizenSense” project by prototyping two devices, the dustbox and frackbox, and working with groups of activists to deploy them in particular environmental controversies. Highlighting problems around the calibration of many ‘off-the-shelf’ sensors, she drew attention to the complex data landscapes in which professional and amateur sensing practices take shape and intervene. Outlining a Whitehead-inspired conception of “environmental data”, Gabrys argued that the instrumenting of the planet with sensors not only brings environmental issues into politics but can also repose citizenship as an environmental problem.

Over two days, presenters engaged with a range of issues implicating sensing technologies and politics. The city as a setting where sensing projects are publicly tested, was explored by Nona Schulte-Roemer, Sara Degli Esposti, Claudio Colletta, Alexander Pólvora, Leslie Mabon and Gerard Jan Ritsema van Eck. A range of these papers addressed the role of sensing technologies in processes of public experimentation, in which urban infrastructure become sites for demonstrating the “eco-city” or “smart city”. Many highlighted that experiments with sensors can, in different ways, provide occasions that problematize the urban environment as a setting of political engagement; often indirectly resonating with Gabry’s proposal to understand citizenship as an environmental problem. Schulte-Roemer, for instance, highlighted the ways in which urban sensing projects can perform infrastructure such as street lights as multivalent in their relation to public space and not only mere instruments for governing it. Indeed, a similar point was made by Coletta who discussed an experiment with a sensor-network deployed in Dublin, highlighting – in contrast to reductive accounts of urban experiments as mere ‘scalable’ procedures – that the such experiments rarely domesticate infrastructure in the ‘low-cost’ way city authorities envisage and can effect the “accidental” emergence of unforeseen urban problems and publics. The provocation of urban publics was proposed as an active participatory design strategy by Claudia Mendes and Hannah Varga in their workshop on ‘prototyping publics’, in which they tested a workshop method to engage groups of citizens with the implementation of a ‘smart city’ sensor installation project in Munich. Pólvora too highlighted that ‘bottom up’ citizen science projects can not only be used to construct an ‘evidence-base’ for policy, but can stimulate broader engagements between art, design and technology in addressing issues such as urban air quality.

In contrast to such post-instrumental understandings of public experiment, a range of papers highlighted that urban sensing trials can in other cases perform more familiar modes of government and privatisation that have long been associated with the technocratic approaches of city management. Many of the presentations understood data produced in urban sensing projects as often highly biased and asymmetric in its political uses, highlighting how ‘data-driven’ initiatives can displace and marginalise issues such as urban poverty, community development or public ownership. Mobile apps encouraging users to report where and when they feel they are in an insecure or threatening environment, offer a powerful example for the manifold and contingent entanglements of sensors, publics and urban security. As Gerard van Eck has shown, this crowdsourced open-sourced content not only stigmatizes streets or neighborhoods (with all the socio-economic implications) but can be valuable for law enforcement agencies in deciding where to target resources. Raising questions on how to overcome what van Eck called an “evidence-based stigma”, Nikolaus Pöchacker also outlined how sensing in the field of predictive policing already assumes attributes connected to imaginations of (in)security where the data is given a specific voice through a complex apparatus of sensing and sense-making.

Questions about relations between ‘local’ sensing experiments and ‘global’ data apparatuses were addressed by several presenters. Christopher Wood´s work, situated at the intersection of artistic and scientific practices, focused on making geospatial infrastructures visible through experimenting with breakdown and infrastructural inversion in the built environment. Wood’s trails of satellite tracking apps with different collectives played with the personal relations of individuals to satellites orbiting above and the disruption of these relations as they individuals navigate through densely constructed urban settings. Moving from art to engineering, the following presentation by Godert-Jan van Mannen on “How to Hack a Satellite” step-by-step showed how it is possible to intrude a communication satellite and get access to radio or television streams using cheap and commercially available technology. This demonstration pointed to some of the often-overlooked vulnerabilities of techno-political infrastructures and the need for a much broader consideration of risk in discourses on sensing technologies. At the same time, it pointed to the manifold forms of resistance against forms of neoliberal sensory governance, e.g. when hackers used their capabilities to claim free access to television for all. Indeed, the ways in which security expertise are claimed and technical competences distributed was addressed by Becky Kazansky whose paper examined how activist groups are dealing with risks and threats of sensory surveillance. Adopting an engaged methodology in working with human rights activists, Kanzansky highlighted some of the different ways in which distinctions between technical and ethical responsibility get translated between what she termed ‘communities of security practice’.

Questions about how the construction of threats – digital or not – come to matter with sensors, their governance and in different forms expert practice figured prominently during the workshop. Ubiquitous sensor networks raised challenges for many participants about how we envision privacy, data protection and configurations of risks. Indeed, one of our central aims for this workshop was to connect the different engagements with sensors in STS, urban- or data studies, that are mainly focused on the level of ‘localized’ collectives to the foreign entanglements of sensors and their embeddedness in the global political economy and international relations. In an attempt to facilitate such a conversation between international security studies and STS, Philipp Olbrich discussed the politics of satellite observation of North Korea as the technologization of security governance. Here, the seemingly objective satellite´s view from above translates and black-boxes it into a socio-material mobile assemblage of satellite data, eyewitness accounts and other sources. In this way, satellite imagery closes off important controversies and political alternatives as it locks in a hierarchy of evidence that reifies an adversarial posture and discredits North Korea as a future dialogue partner in the context of international relations.

The relation between international sensing apparatuses and the politics of the ‘view from above’ was also addressed by Vera Ehrenstein in her presentation on the scientific and political challenges of producing epidemiological data about ‘African pneumococcus diseases’ caused by pneumococcus bacteria. Following the bacteria from international conferences to their collection by lab researchers and street recruiters in Burkina Faso to the offices of the European vaccine distributor that contract the lab workers, Ehrenstein described the challenges involved in translating bacteria from nasal swabs into data that can robustly represent a city population and its bacteria. Where epistemological treatments of epidemiology have long been described the role of this scientific field in making populations known and governing them, Ehrenstein argued that epidemiological measurement was much more a “patchy sensing” process than one of comprehensive surveillance. Ehrenstein’s appropriation of the concept of sensing to think politically about epidemiological measurement was a powerful example of what could be said to be at stake theoretically in choosing to foreground sensing technologies/practices and displace the priority of epistemology to sort out relations between data and politics.

Sensors are, of course, not new objects in STS research. Whether in the design of experimental apparatuses, the implementation of ‘large technical systems’ or the production of novel measuring instruments, sensors have been widely studied as ‘lively’ devices that detect, inscribe, capture and record; if not always as “sensors”. As workshop participants often reaffirmed, there are many good reasons we might want to be skeptical towards hyperbolic and positivist-sounding claims that sensors are now “everywhere” and that we live in an era in which almost anything can be turned into “data”. But the presenters at this workshop also highlighted sensors also offer opportunities for STS research to problematize and extend debates about data-driven politics and power in digital societies. As our MCTS colleague Tomas Sanchez-Criado (Tironi and Criado, 2015) has highlighted in his work on urban politics: even if we recoil at the corporate jargon of the sensor-equipped ‘smart city’, there may nonetheless be many reasons we might value the modes of “sensitivity” that can be occasioned in experiments to instrument cities with sensors. At the same time, the sense remoteness of the satellites that are orbiting above us, appearing as (re-)presenting facts from an allegedly neutral perspective, requires an enhanced sensibility towards the global socio-political, economic and cultural processes (as Witjes and Olbrich 2017) – or the foreign entanglements in Dewey´s sense – in which sensory networks and forms of their governance are embedded. 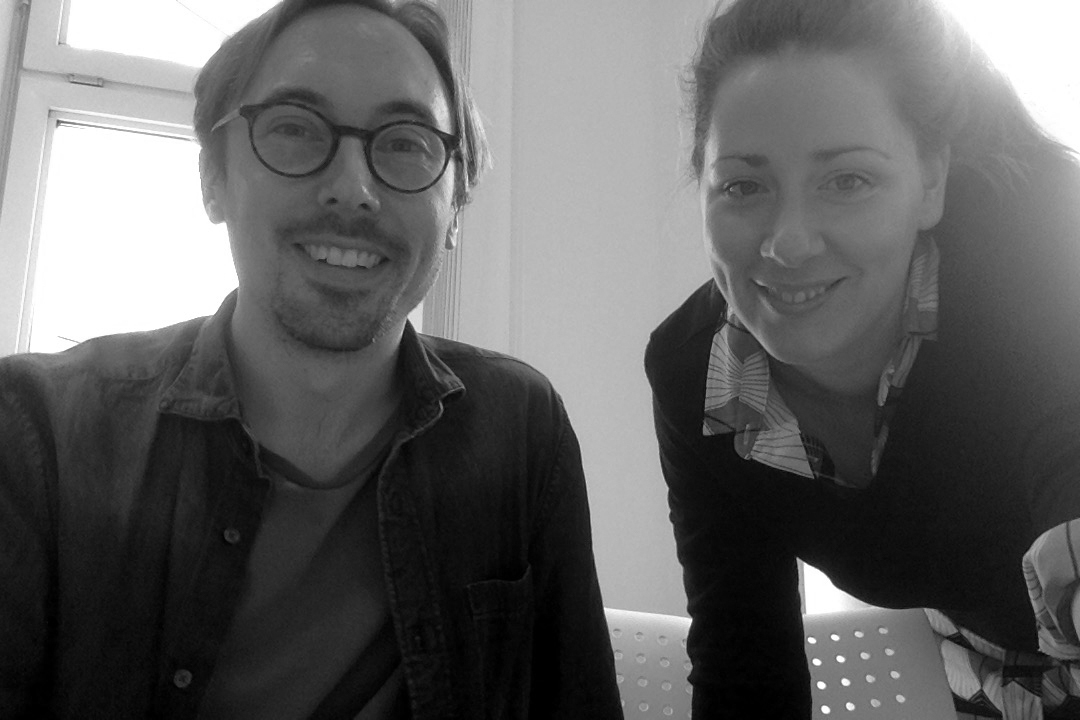 Laurie Waller is a postdoctoral researcher at the Munich Centre for Technology in Society. Trained as a sociologist, his research focuses on technologies of participation, public experiments, and political theories of science and democracy.

Nina Witjes is a postdoctoral researcher at the Munich Centre for Technology in Society. Her work it situated at the intersection of STS and International Relations, where she is particularly interested in space programs, sensory governance and visualizations of security.