Questions of measuring and quantifying the body and health are currently very popular research topics in science and technology studies (STS) and beyond. In last year’s EASST conference, I participated in the panel “Measuring health and illness: Quantification and changing practices of health, illness, and solidarity”, convened by Rathenau Institute’s Stans van Egmond and André Krom. It was the most recent of a whole series of panels on the quantification of health, self-tracking, and similar issues in past years’ major STS conferences. Comprising 16 papers in four sessions, it was also one of the largest streams in Torun.
.
So what’s all the buzz about measuring and quantifying the body and health? Why is it such a hugely popular research topic in STS? And what might be the dangers of focusing as a research field on flashy and trendy topics? While I think that STS engagements with this research topic have produced highly relevant studies, I want to reflect on the “ontological politics” (Law, 2002; Mol, 1999) of our own research in this short piece. Don’t get me wrong: I heard some very interesting presentations, had great discussions, and presented myself in last year’s panel. But STS has taught us that it is important to be reflexive about why we study what we study, and I think it is worthwhile to think about what the consequences and performativities are of some research topics appearing to be more “sexy” than others.

In a recent article in Public Understanding of Science, Bernadette Bensaude Vincent (2014) highlighted the “politics of buzzwords” in science and science policy. She argued that buzzwords, such as “public engagement in science”, are usually “shallow linguistic units deprived of substantial meanings” (Bensaude Vincent, 2014, p. 250). But this lack of substance is not a weakness, but the very feature that makes buzzwords so powerful in setting agendas: it allows to rally a heterogeneous assemblage of actors with diverging interests around what is perceived as a common cause, thereby “creat(ing) unstable collectives through noise” (Bensaude Vincent, 2014, p. 238). They describe less than they perform, helping a specific future to come into being.

The “quantified self,” “self-tracking,” “crowdsourcing,” and other terms connected to novel technologies for measuring and analyzing bodily functions and behavioral aspects connected to health are certainly buzzwords in the way Bensaude Vincent conceptualizes the term. They have generated a huge hype, although what exactly is comprised by these terms often remains unclear and vague. Different actors have rallied around these terms and technologies, given them diverging meanings. For personal users, measurement tools embedded for example in mobile apps hold the promise of regaining control over one’s data and life. For health policy makers, they raise hopes of changing health behaviors.

For medical researchers, they promise novel ways of harnessing widespread and pervasive medical data. For medical and IT companies, they signify the hope of the generation of novel markets.

And for STS researchers? Well, certainly many of us have joined in the buzz created around these technologies. In a research field that still defines itself as “new” and “interdisciplinary,” even after 30+ years, it is perhaps little surprise that researchers are drawn to the seemingly novel and revolutionary. But if we take Bensaude Vincent’s argument about the performativity of buzz seriously, we might reconsider what we are really studying, and what the performativity of our own engagement is.

Take the so-called “quantified self” as an example. Having emerged as a movement dedicated to self-improvement through constant digitally enhanced self-surveillance in Northern California’s Bay Area, it perhaps comprises a couple of thousands members worldwide. And yet, it has sparkled the imaginations of numerous journalists, app developers, and social science scholars alike. Who of us has not seen an academic presentation focusing on some new self-tracking gadget – say, a cup that automatically measures and classifies one’s liquid intake? And wondered if anyone actually uses these kinds of things?

My point is that, perhaps, in focusing on such flashy examples, we perhaps less reflect on technological buzzes than add to them, being part of the “unstable collectives” they form. And thereby re-perform and re-produce the revolutionary claims about the transformative capacity of self-tracking techniques, brought forward by a fairly small group of mostly white middle-class males in Northern Atlantic urban centers. Yes, sure, millions around the globe use self-tracking apps like Runtastic. But recreational runners have for a long time kept track of distances and times for training purposes. Do new tools to do this digitally really bring about substantial changes in these long-established practices? I believe that this is an empirical question, perhaps somewhat obscured by the revolutionary claims that circulate in this novel socio-technical domain.

Concerns about the performativity of our own engagements with “new” technologies can go beyond how we are part of re-producing the hype. For example, we might want to reflect on what kinds of conceptual apparati we bring to bear on these socio-technical phenomena. Self-tracking devices and discourses on the quantified self lend themselves easily to an established genre of scholarly critique: They appear to be almost ideal typical examples of Foucauldian “technologies of the self” that people engage in to self-improve in a neoliberal biopolitical context that increasingly relegates the disciplining of bodies to individuals themselves (Foucault, 1988; Rose, 1996). While Foucauldian inspired accounts of self-tracking and -quantifying practices usually appear to be critical about them, at a closer glance there are some astonishing affinities between the quantified self movement’s ideology and the concepts of Foucauldian governmentality studies. Governmentality studies stress that the self is not ontologically prior, but produced in practices

Bensaude Vincent, B. (2014). The politics of buzzwords at the interface, of technoscience, market and society: The case of ‘public engagement in science’, Public Understanding of Science 23(3) 238-253. 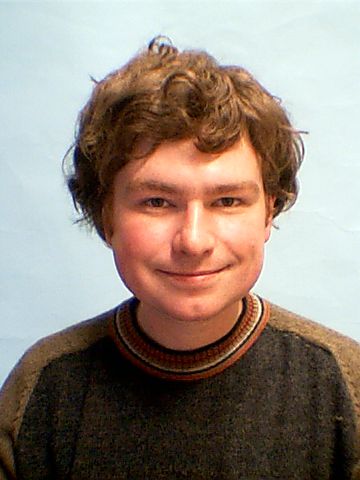