I understand the title of the recent 4S/EASST conference ‘Science and Technology by Other Means: Exploring collectives, spaces, futures’ as a play on Bruno Latour’s claim that ‘science is politics by other means’ (1988). The title draws our attention to the extent to which knowledge production and technological innovation is being seized by all sorts of citizens and activist collectives. The conference was crammed full of presentations, workshops and informal and formal discussions about science and technology being done and imagined in unexpected places, diverse collectives, multiple spaces and various possible futures. Latour’s widely cited phrase captured a subtly differently sensibility that was especially crucial to early Science and Technology Studies (STS). It reflected and inspired a wealth of work that exposes and explores science and technology as a deeply political achievement of assembling non-human and human actors in ways that create a ‘Centre’ and it’s ‘Others’.

Feminist Technoscience Studies (FTS) put more flesh on the bones of this work through attending to embodiment and situatedness in the processes of assembling, and to the differentially experienced effects, asking ‘Cui Bono?’ as questions of justice and to make other worlds possible (Star, 1995). F/STS is skilled in telling stories about the ways in which specific examples of science and technology build worlds. It attends to the multiple ways in which technoscience is embedded in the realities that we are coming to live with. Moreover, many of the stories at the conference participate in the collectives, spaces and possible futures they are engaged with in complex ways. In particular, researchers told stories that interrogate the objects enacted in technoscience as oozing essentialisms by way of critique, but also to participate in building more equitable worlds (Haraway, 1988). That is, the stories often explicitly consider what realities we would like to come to live with and how F/STS might contribute to their becoming. There is, it seems, a keen interest to explore the multiple ways in which F/STS is politics by ‘other’ means.

The walls of the conference, in Britain and in the US, parliamentary politics was extraordinarily visible and being done by very obvious means. That is, overtly and loudly by individual politicians proselytizing. I refer here to political debates around Brexit (British exit from the European Union) and the recent US presidency elections. These displays of politics have been full of stories that attempt to clearly define allies and enemies and they enact universals and polarisations. This is a deeply disturbing moment in which it seems urgent for our European Association for Social Studies of Science and Technology (EASST) to reflect upon how it should contribute to the making of the realities that are coming into being.

For me, some of the most inspiring theorising in F/STS is profoundly at odds with these recent events. This work appreciates the interdependency of human and non-human bodies and beings, in which connections and cuts are always in process, precarious and condensed to momentary stabilities. These insights challenge us to ‘stay with the trouble’, resist origin stories and remain curious and response-able. We need to tread care-fully so as not to flatten otherness but rather to seek ways of ‘doing difference together’ (Verran and Christie, 2011). It seems incredibly important right now to articulate the weights that are pulling against these sensibilities, inwards towards an illusion of the possibility of just and productive, stable simplifications. These weights are crafted from alluring ingredients – the possibility of durable solutions, obvious answers, so-called straight-talking and common-sense. This is evident in many spheres not only national government parliamentary politics. For example, Sheryl Sandberg’s (COO of Facebook) ‘Lean In’ campaign urges working women to ‘sit at the table’, both literally and metaphorically, in order to achieve success. Her book and TED talk is described by Time Magazine (2014) as a hugely successful feminist mission (Sandberg, 2013; see www.youtube/TED). At the same time some feminist academics are critical that it is an example of neo-liberal corporate feminism that appropriates feminist terms to achieve capitalist agendas and creates divisions (McRobbie, 2013). The ‘Lean in’ campaign is problematic but seductive. It is catchy ‘politics by obvious means’ that has gained huge support. I have an unsettling feeling that while I have been ‘sitting at an angle’ to truth-claims and definitive knowledge, exposing and challenging the practices of centring and simplification, leaning in, talking straight and making problems doable has gained widespread support .

It is the above disconcertment that promotes me to ask; should our Association ‘lean in’ and engage in increasingly obvious political activities, and what would this mean? Or, perhaps our Association has a more important role to play in ‘sitting at an angle’. What are the ways in which F/STS does politics? The 4S/EASST conference showcased multiple ways of doing F/STS and the EASST Review wants to facilitate different modes of writing and presenting the work of the European F/STS community. For me, sitting at an angle is my favoured positioning because I consider it to be itself an interference, not only an intervention. It is critical of looking inwards, of centring, as well as of what is on the table. Moreover, I sense that sitting at an angle facilitates ‘politics multiple’ – by various means including allegory, quietism and ambivalence. As I learned from reading Star, when we ask cui bono? it is in order to imagine what other worlds are possible as well as to expose what has been hidden or denied (Bowker et al., 2016). This is more difficult to do if we are leaning in. I invite us to explore what ‘leaning in’ or ‘sitting at an angle’ might mean as we imagine the future role of EASST.

Sheryl Sandberg (2013) Lean In: Women, Work and the Will to Lead, Knopf 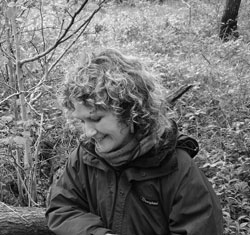 Vicky Singleton is a Co-Director of The Centre for Science Studies and The Centre for Gender and Women’s Studies, Department of Sociology, Lancaster University, UK. She carries out ethnographic case studies, informed by a feminist material-semiotic approach, on care and the interdependency of policy and practices. She is currently researching the production of normativities-in-practices through the materiality and politics of care.