The following written evidence is provided by the national professional association, AsSIST-UK, the Association for Studies in Innovation Science and Technology-UK.

AsSIST-UK is a Learned Society representing over 250 scholars working for many years undertaking research that has not only academic but also policy relevance. The Association (see assist-uk.com) includes social science and humanities scholars working in the science and technology and innovation studies field, as well as natural scientists. One of its main goals is to understand and foster constructive relations between science, policy and civic society.  In relation to the Select Committee’s Inquiry, the Association’s membership includes expertise in science policy, drawing members from over 30 universities and a range of key UK research centres with a leading role in policy research, such as SPRU (Sussex), ISSTI (Edinburgh), the Centre for Science Studies (Lancaster) and SATSU (York), as well as major policy research consultancy agencies such as RAND Europe and Technopolis.

2. The Association has received feedback from members about the risks and concerns that they have, which echo those that have been expressed by many other national bodies following the Brexit decision. These relate to concerns over staff mobility, security, collaborative research and the networks underpinning them, access to EU research facilities and continuity of research programmes beyond the current period.

The specific area of expertise encompassed by AsSIST-UK has played and continues to play a major role in EU-funded research. UK expertise has contributed to and been strengthened by collaboration on projects and research capacity built through highly regarded postgraduate and postdoc training programmes, such as the Marie Curie scheme and its current IEF format, and the COST Action. The Association recognises that as a result of the vote to leave the EU, many of these opportunities will be under threat, though efforts will be made to continue collaboration with European colleagues wherever possible through other funding routes. Indeed, it  may well be the case that the UK remains a partner in Horizon programmes, as, for example, does Norway.

3.  In regard to opportunities that Brexit brings, rather than adumbrate other possible routes to funding and/or international collaboration (of which there are many), it is more important to ask how, within the context of Brexit, expertise in the UK can be drawn on to provide the best possible policy intelligence in anticipating future developments.  This is less to do with policy for (specific areas of) science and more science for policy making under novel, unexplored conditions.  Most importantly, how to deal with the end of subsidiarity and legacy policies – such as on measures to restrict environmental pollutants agreed at an EU level – that will no longer apply in legally binding terms at the UK level, and how UK (and devolved) government can engage more effectively with pertinent expertise. What aspects of these policies still make sense within the UK, are there ways they can be improved post-Brexit, what might these be and how are we to achieve them? The UK’s influence on policy in Europe will undoubtedly decline in formal terms, but a fresh rethink of UK-specific policy making might have lessons for other European countries. The EU has done far better than the UK government in funding what we might describe as strategic research – i.e. providing a proper and thoughtful evidence base (fully evidenced; diverse) to support economic and social development policy.

This is where AsSIST-UK’s expertise can be drawn on, in collaboration with other learned societies, in advising the Department for Exiting the European Union (DEEU) on the need for new policy mechanisms and approaches.  There is an opportunity provided by the Brexit vote to mobilise policy expertise across the social sciences to re-think the UK’s policy framework and processes in such a way as to build a strategic and not simply de-coupling approach to withdrawal from the EU. AsSIST-UK is a professional community with knowledge on science and innovation systems, an expertise that can help to understand the implications of and responses to a reconfiguring of relationships between the UK and the EU.

4. We recommend that the UK government:

In regards specifically to science and technology, uses the capacity available to undertake strategic planning  in regard to innovation, risk governance and standardisation, all areas in which AsSIST-UK has expertise

Undertakes complementary work which involves backcasting such that decisions taken on policy framing and implementation post-Brexit are made recognising uncertainties and risks ahead and what publicly-informed decisions should be taken.

Members of the Association have been consulted about the specific risks they are facing in their academic institutions as a result of the Brexit vote. In summary, these are as follows:

The risks above are primarily related to professional risks that are likely to hit the UK’s research activity in key STIS areas.  There are also major science and technology policy risks that can be foreseen. Some examples are:

3.1 In regard to identifying opportunities, it is more important to ask how, within the context of Brexit, expertise in the UK can be drawn on to provide the best possible policy intelligence in anticipating future developments and mitigating risks. Clearly, this depends on what the actual UK government approach to the meaning of ‘Brexit’ will be – whether it will be the ‘Norwegian’ or ‘Swiss’ models – or a third, new, ‘UK model’? While specific funding decisions will need to be made – such as whether to underwrite H2020 contracts secured over the period ahead – more importantly, there is an opportunity to rethink the relation between science policy-making and the wider society, especially in order to address the democratic deficit that in many ways has been seen to underpin the Brexit vote.

3.2 AsSIST-UK research over many years has identified a number of lessons relating to better policy for science and technology: the principal ones are,

3.3 Apart from extensive expertise and data on all of the above, the Association sees the combination of Brexit and the moves towards more devolved government in the four UK nations as an especially significant conjunction that calls for new thinking on policy structures and policy making. Devolved governments are experimenting with policy at the local level (such as for example the recent devolution of health and social care budget/responsibilities to Greater Manchester): these local settings have not yet become policy path-dependent in the ways in which they define and practice engagement. This is a very timely moment for AsSIST-UK members/research centres to work with them and in conjunction with DEEU.

3.4 There is an important opportunity to ask what sort of institutional framework is enabling of a more responsive, critical and reflexive science and science policy: one that opens space for dialogue and publicly-chosen goals and recognises that social and technological structures are transient and always operating under some conditions of uncertainty and risk.

3.5 Moreover, new constructs for local, national and international governance are needed that combine technocracy and democracy to reduce the democratic deficit of which Brexit is a symptom.

3.6 Finally, we recognise the need for relatively short term measures that need to be taken to mitigate the effects of Brexit, and need to be taken sooner rather than later – such as the UK government to underwrite H2020 grants to ensure our continued participation in research proposals/projects over the next few years. But more medium to longer term, we advocate an approach that says that risks are as much about policy frameworks being dismantled and new ones assembled in a disjointed way. We should avoid this by drawing on the insight and expertise the UK research community can offer, as outlined above. Andrew Webster is Director of the Science and Technology Studies Unit (SATSU), at the University of York, which he established in 1988. He has been national Director of 2 ESRC programmes in the health field and is currently PI on a £1.5m ESRC- funded project on regenerative medicine, ‘REGenableMED’. He was Head of the Department of Sociology 2005-9 and Dean of Social Sciences, 2009-13 at York. 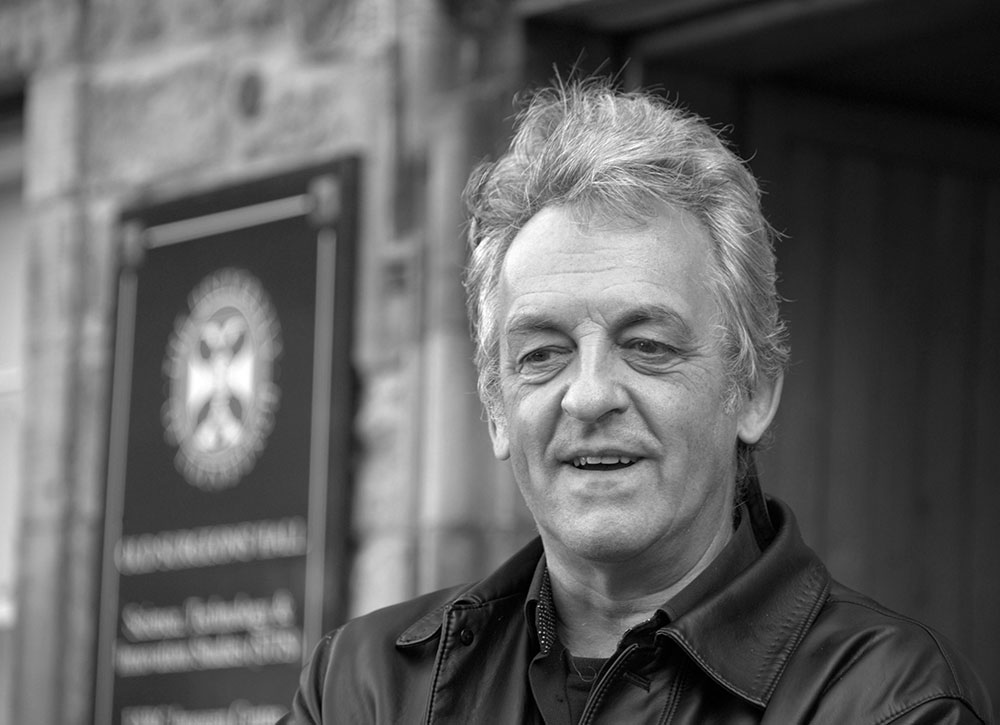 Robin Williams is Professor of Social Research on Technology in the School of Social and Political Science at the University of Edinburgh. He studied Natural Science and Social and Political Sciences at Cambridge and took his PhD at the University of Aston, Technology Policy Unit before being appointed coordinator of socio-economic research on technology at the University of Edinburgh in 1986. His research into the social shaping of technology focuses on the design, implementation and use of Information Technology. His latest books, arising from his collaborative research with Neil Pollock into the biography of (enterprise system) artefacts and practices, are Software and Organisations: The Biography of the Enterprise-Wide System - Or how SAP Conquered the World (2009: Routledge) and How Industry Analysts Shape the Digital Future (2016: Oxford).