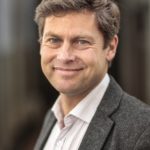 I joined the EASST council in 2009 and served as secretary and as treasurer since then. In both roles I was supported incredibly by Sonia Liff, the EASST Council Admin Assistant, who always had the numbers, names and dates in place. A major effort we took on board was the creation of a legal entity, an appropriate action given the increased budgets of conferences and the association. Our first choice was to have a European registration, but we soon discovered that associations and foundations can only be national. After dutiful comparison the Dutch legal and fiscal system appeared to be the most supportive. So, EASST now formally is a Dutch legal entity – if you now study carefully the website you may discover my personal address in Maastricht. During the last decade, STS has expanded, both in terms of topics and in number of scholars. It also has been discovered by other fields, such as management studies, architecture or geography. It is important now to foster these new connections, to allow mutual enrichment in the future. 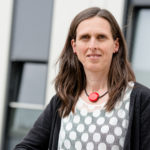 On the first meeting I attended as an EASST Council Member in 2009, we decided that the Council should meet regularly twice a year, and that the Council would cover members’ costs to attend the meetings. This was just the beginning of the professionalization of the Council’s work, which was radically improved over the following eight years I served as a Council Member, most of them as its secretary. Awards, Event Support, a house Journal (S&TS) and an improved house Magazine (EASST Review) are other measures that have been launched over those years and that have contributed considerably to establishing STS as a recognized academic community in Europe. Over the last year of as a Council member I started acknowledged that in our efforts to professionalize the association and gaining public recognition to STS, we had attended less to the political developments in Europe. As the suspension and firing of deans, professors and teachers at universities and other educational institutions started in the summer 2016 in Turkey, I proposed to the Council to publish a statement denouncing these measures, similar to how other academic societies across Europe reacted. The Council did not manage to do this. A few weeks ago Hungary experienced a new law that will limit international and critical research in the country. As sad as it is, we may in the future expect to see more of such acts that seriously undermine intellectual debate. I find it painful that a scholarly association, whose members are experts in the analysis of the entanglement of science, technology and society remains silent witness to such events. STS is needed more than ever. I hope the new Council finds ways to engage actively with the political situation of academia in Europe.