As I was looking over my notes from the 4S/EASST conference in Barcelona to write this essay for the EASST Review, a post on the Facebook page of Nature caught my eye. With the title “Young, Talented and Fed-Up: Scientists Tell Their Stories,” the article focuses on the experiences of three young scientists, suggesting that young researchers today face unprecedented pressure to publish, gain funding and secure permanent positions (Powell 2016). Intrigued, I perused further and realized that the article that had first grabbed my attention was part of a special issue of Nature on young scientists – and the implications their working realities have on scientific production. That the two concerns are deeply interrelated is quite unceremoniously stated in the first line of the editorial of the special issue: “Academia is more difficult than ever for young scientists. That’s bad for them, and bad for science” (Nature 2016). Importantly, one of the reasons for this “badness” is the increasing understanding that the focus on the quantity over quality of scientific output may be detrimental to science as an enterprise that is supposed to tackle the world’s big questions.

The narratives of the special issue of Nature could not have been more timely. In many ways, they give voice and legitimacy to the socio-economic uncertainties that many early career researchers around the world experience and try to navigate. It is also the topic that I have explored in my own dissertation work on young international scientists in contemporary Japan; focusing on the experience of the configuration of science, mobility and labor, I have suggested that, in the context of Japan, transnationally mobile researchers rely on cultural explanations in their attempts to make sense of the uncertainties embedded in global scientific labor regimes. The concerns of the Nature special issue also speak directly to the questions raised throughout the 4S/EASST conference track “Governing Excellent Science” and, importantly, some of the themes permeating the postgraduate workshop as well.

That unpacking the quite elusive concept of research excellence is a topic of great interest for STS scholars is reflected in the fact that the “Governing Excellent Science” track brought together many researchers: four panels with four or five presentations in each of them. The conveners of the track successfully pinpointed and rendered visible an ongoing moment of transformations in research policies around the world – that of the policy makers’ increasing reliance on quantifiable indicators to evaluate research processes and scientific thought (Sørensen, Bloch & Young 2015). In addition, the presentations of the track participants highlighted how reliance on bibliometrics and other quantifiable measurements of scientific productivity and quality have been more and more incorporated in the evaluation structures of research institutions themselves, despite the unease with and critiques of this shift.

The track addressed four major themes within the governance of excellence: funding for excellence, the excellence rhetoric, the management and evaluation of excellence, and the comparative aspects of research excellence. The presenters added flesh and inspiring nuance to these themes and inspired enlightening discussions: they examined a multiplicity of ways in which research processes and scientific outcomes are shaped by access to funding and mechanisms of evaluation; they highlighted the strategies scientists and administrators employ to navigate the excellence system; and they offered glimpses into the ways scientists “talk back” to the rhetoric of excellence.

At the same time, however, the “Governing Excellent Science” track presentations seemed to every time underscore an argument Chandra Mukerji already made more than twenty-five years ago when addressing the relationship between scientists and the bodies governing science: “[t]he successful use of science by the state gives science a potential value so great that it cannot be ignored. But scientists are rarely given much power” (1989: 85; emphasis in original). While in many cases supra-national organizations such as the European Union have subsumed the role of the state and non-state actors such as private corporations have come to be increasingly influential, the point still stands: research policies shape scientific outcomes in particular ways, and scientific practitioners seem to have no other option than to comply or quit. The special issue of Nature which I brought up in the beginning of my reflection highlights the fact that this unilateral shaping is deemed problematic not only by early career researchers but also by scientific practitioners in positions of relative power, and that the number of discussions on the topic should increase. It also suggests that both scientists and social scientists researching scientific work aim to address similar questions (for instance, the uses of bibliometrics in assessing research excellence).

It is for this reason that I suggest that STS examinations of research excellence would benefit from two simultaneous approaches: first, explicit acknowledgment that STS researchers are also affected by research excellence policies; and, second, a shift in the focus towards multi-faceted critiques of the excellence rhetoric with the goal of imagining its alternatives.

To address the first point, it was intriguing to note that, even though the presenters of the “Governing Excellent Science” track were at moments gently reminded of their own participation in the “excellence system” (van Kammen 2016), there was a dissonance between, on the one hand, efforts to unpack excellence and, on the other, lack of acknowledgment of the ways STS scholarship may also be shaped by changes in research policies. The fact that STS researchers are also affected by the narrowing definitions of quality scholarship and productivity, however, came to the fore during the postgraduate workshop. Focused on the theme of “doing (post)graduate STS by other means,” the workshop served as a venue for sharing ideas on how to be successful STS scholars in the changing research landscape. It offered its participants an opportunity to meet STS practitioners engaged in research, publishing and other types of careers that were at least partially outside the conventional path. As such, the workshop was a reminder that STS scholars – and in particular early career researchers, of which I am one too – are deeply implicated in research excellence policies and structures and have to invest diversified efforts in order to retain their employability in the job market. As one of the participants mentioned in a passing comment during the workshop, “It sounds like doing STS by other means just means doing more.”

To address my second point, I find it important that we offer multi-faceted critiques and imagine alternative futures. At a time when we – both as scholars of scientific production and as research workers ourselves – are provided with increasingly narrow definitions, operatializations, and indicators of research excellence, it is more crucial than ever to account for the interconnectedness of epistemic and social uncertainties (Sigl 2015). Reflecting my training in cultural anthropology, I suggest that this approach would imply turning an analytical eye to the examination of practices and affects, movements and desires, strategies and uncertainties of those who are enlisted to produce research excellence in different parts of the world and contexts of scientific production. Equally importantly, it calls for an exploration of practices of those who fail or refuse to meet the demanding conditions required by the rhetoric and structures of research excellence, as well as those who are actively involved in the search of alternatives. This approach would involve, as anthropologist Dominic Boyer has suggested, approaching scientists “not solely as rational(ist) creatures of expertise, but rather as desiring, relating, doubting, anxious, contentious, affective – in other words, as human subjects” (2008: 38).

Sigl L (2015) On the Tacit Governance of Research by Uncertainty: How Early Stage Researchers Contribute to the Governance of Life Science Research. Science, Technology, and Human Values 41 (3): 1-28. 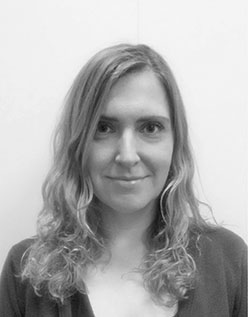 Ieva Puzo is a PhD candidate in cultural anthropology at the University of Pittsburgh (USA) as well as a researcher at Riga Stradins University (Latvia). Ieva’s research interests lie in the intersection of science, mobility and labor. Her dissertation traces transnational mobility practices of science workers through an examination of the professional and personal lives of international scientists in contemporary Japan’s research institutions.