In February 2017, about 30 international STS scholars gathered in a three-day workshop to address ‘Community and Identity in Contemporary Technosciences’. Presentations were based on case studies featuring so-called emerging fields such as synthetic biology or nanotechnology, interaction formats such as science festivals, and collaborative environments such as excellence centres or COST projects. The ubiquitous and far reaching impact of a new funding regime and its local interpretations and repercussions resulted as a common theme from presentations and discussions. Also, the presentations reflected an ongoing search for new conceptions of scientific community and identity so as to foster the empirically grounded analyses of modes of being and belonging in science.

Doing science comes with a specific identity and membership. From Ludwig Fleck’s ‘thought collectives’ to Warren Hagstrom inspired ‘scientific communities’, from Tony Becher and Paul Trowler’s ‘academic tribes’ to Knorr Cetina’s ‘transepistemic networks’, STS scholars have been busy analysing links between identity and belonging and conceptualising what the socio-cultural units of such belonging might be. Still, conceptual discussions on these themes somehow dissipated, with central arguments left hanging in the air (is it communities or networks that are the basic units of epistemic cultures?) or even untouched (how does scientific identity relate to community membership?). One cause of this unresolved situation might be that the decisive aspects of such arguments lay in the details of each empirical case and the specific questions its analysis raises. Another cause might be found in the parallel existence of anthropological and sociological approaches. And with all the pressing new issues of contemporary STS, we might well take a relaxed view on all this ambiguity, unresolvedness and multivocality. Unfortunately (or fortunately?) some fundamental shifts within our contemporary empirical cases render this comfortable position problematic. Some things are definitely on the move with regard to scientific communities and identities, however we used to conceptualise them in the 1930s, 1960s or 1980s. It stands to be proven anew that we have the conceptual instruments and theoretical clarity to re-construct and analyse these changes and make sense of current constellations. We are faced with new education/socialisation phenomena like synthetic biology’s iGEM competitions where students compete in constructing ‘Genetically Engineered Machines’[i], with institutional reorganisations like university reforms, with new modes of institutionalisation like excellence initiatives, with new funding constellations and paradigms like the ones of Horizon2020 and RRI. All these leave their traces in community constellations and identity patterns within science; and they do so in resonance with the very  local (geographic, institutional, sub-disciplinary) parameters at hand (cp. Merz and Sormani, 2016).

A short look at – admittedly my own empirical case – the University of Vienna’s biology departments may further illustrate what I hint at: for 100 years, the University of Vienna was content to feature one or two chairs of zoology, one chair of botany and one chair of plant physiology. A human biology / anthropology institute existed almost as long, switching from one label to the other and back after its split from cultural anthropology. Since the early 2000s, along with legal and organizational reforms, this situation has changed abruptly: you will look for a zoology or botany department in vain (‘integrative zoology’ is the closest you get to such ‘antiquated’ traditional labels), instead be impressed by a quickly growing number of new labels, such as ‘computation systems biology’ or ‘microbiology and ecosystems science’, affiliated with ever more complicated organisational constructions – such as interfaculty and interuniversity centres – and very likely ever shorter shelf life.

And then, STS is also confronted with and co-created by these new conditions. How we think of community and identity, how we make use of our re-constructions and discussions of community and identity and how they are made use of is open to change. New funding programmes and initiatives address scientific communities and identities in a new strategic manner, aiming at building, nurturing or engineering them so as to enhance the competitiveness, productivity and responsibility of contemporary technoscience. The European Commission’s Framework Programmes are probably the most visible representatives of this new funding regime. Not only did they gain influence with ever higher monetary power in absolute and relative terms, they also changed their character from rather open, unlabelled calls for medium scale projects to targeted calls for large scale collaborative projects with more specific agendas (beyond the overarching stimulation of a ‘European Research Area’ to secure ‘Europe’s global competitiveness’) – or, in the European Commissioners’ own words: “Their objective has also evolved from supporting cross-border collaboration in research and technology to now encouraging a truly European coordination of activities and policies” (Moedas and Smits, 2015:1). Recent Framework Programmes include ‘Coordination Actions’ such as ERASysBio, explicitly aiming at “support[ing] the convergence of life sciences with information technology & systems science”[ii] with diverse activities, thereby self-consciously co-creating a new technoscientific identity and community with a new repertoire of funding Instruments.

This, in short, was the motivation to organise an international and interdisciplinary workshop to probe our notions and empirical accounts of “community and identity in contemporary technosciences” (thematically a follow up of a session held at the EASST conference 2016 in Barcelona, see below). The respective organising committee of this workshop included Martina Merz (Alpen Adria University Klagenfurt), Ulrike Felt, Max Fochler, Anna Pichelstorfer (University of Vienna), Niki Vermeulen (University of Edinburgh) and myself. The workshop was co-funded by EASST, STS Austria, the Alpen Adria University Klagenfurt, the University of Vienna, the Austrian Academy of Sciences and the Austrian Science Fund.

In February 2017, some 30 workshop participants from the US, UK, France, Denmark, Germany and Austria, affiliated with sociology, philosophy, history, political science and cultural anthropology, and representing all academic career stages from PhD student to professor, gathered at the Alpen Adria Universities’ Institute of Science Communication and Higher Education Research in Vienna to present their take on this theme. The workshop spanned three days and comprised four sessions: two sessions focussing on aspects of community, two sessions focussing on aspects of identity. All presentations drew on empirical material from so-called ’emerging fields’ in the realm of science (such as supramolecular chemistry, systems medicine, systems biology, synthetic biology, microbial fuel research and nanotechnology) or cutting edge science and engineering more generally.

The first session combined very similar papers: all of them addressed the impact of the current funding regime on community building and characteristics in synthetic biology / microbial fuel research. Community was addressed as ‘paradoxical establishment’, as ‘project-ed community’ or described as ‘community of needs’ or ‘community of utilisation’. With the changing context of community formation – so one résumé – the very character and function of community seems to change. Following this first session, Susan Molyneux-Hodgson (University of Exeter) gave a public keynote on ‘Making a new community: the ‘scaling up’ of synthetic biology’. The second session combined papers that allowed for contrasting different conceptions of sociality in inter-disciplinary fields, spanning from sociality as institutionalisation to collective reactions towards the dominant funding regime or to stabilising collaboration networks; here, clearly the old debate of communality as culture and community or as collaboration and network lured in the back.

The third and fourth session addressed the precarious situation of technoscientific identity and related ‘identity games’. Two papers focussed on socialisation processes, one on discrepancies between science ideals and the actual reality of every day experiences, the other on the often ignored impact novices can have on technoscientific fields. Two further papers addressed how technoscientists make strategic use of identity work, by playing the game and adopting provisional identities. The last four presentations scrutinized four different organisational contexts: a COST action, the FP 6 framework programme, a science festival and a transdisciplinary funding programme. Authors addressed ‘hybrid actors’, ‘multiple identities’, ‘reactive identities’ and identity work as ‘choreography’. A public keynote by Alfred Nordmann (Technical University Darmstadt) addressed the issue of identity, referencing Max Weber’s “Wissenschaft als Beruf”.

In short, I found two aspects of this workshop and the preceding sessions in Torun and Barcelona most striking: first, how the theme got translated into an issue for STS seemed to depend very much on the local configurations of the respective empirical context. Bettina Bock von Wulfingen (Humboldt University, Berlin,) at the respective session in Barcelona, had focused on an excellence initiative – an institutional research format specific to the contemporary German education and science system; Sarah R. Davies’ (University of Copenhagen) take on a science festival also reminds us of the very local relevance and interpretation of this scheme of interaction, presenting science and scientists at public locations via interactive formats; with Béatrice Cointe’s (University Aix Marseille) analysis of “one large regional project on microbial energy” again regionality is put forward as a theme; the influence of local conditions was tangible in Marianne Noel’s (Univ. Paris-Est) historical reconstruction of the emergence of supramolecular chemistry in France, while transdisciplinarity and academia / industry integration were a central issue in presentations from Austria based scholars Anja Köngeter (Austrian Institute of Technology), Barbara Grimpe (Alpen Adria University) and Andrea Schikowitz (University of Vienna) – arguably because disciplines and basic academic research are still very influential points of reference in this local context.

Second, all presentations in one way or the other referred to influences of funding schemes. Thus, emerging technosciences seem inevitably to be tied to the trans-local emergence of a new funding regime, albeit with its very local repercussions. This observation already found its way into the scholarly literature (cp. e.g. Whitley et al. 2018), but warrants further analyses and discussion. What will the medium and long term effects of this change in science governance on scientific community and identity be? How will they relate to the new interest of funders and funding programmes in these very same categories? If, for example the identification with one specific field or community erodes, what sense does it make to target a specific communities’ ethos or sense of responsibility? If a specific mode of community has already ceased to exist, what sense does it make to aim at building and strengthening allegedly ‘emerging communities’ (like that of systems biology or synthetic biology)?

A dedicated volume, covering presentations from the session in Barcelona in 2016, from an even earlier session at the EASST conference in Torun 2014 (details below) and from the workshop in Vienna in 2017, is currently in preparation and will hopefully be published this year. Any feedback concerning your take on this theme is highly welcome! Also, a track on identity is scheduled for this year’s EASST conference in Lancaster, organised by two workshop participants, Sarah Schönbauer and Rosalind Attenborough (details below).

[i] “The iGEM Foundation is an independent, non-profit organization dedicated to the advancement of synthetic biology, education and competition, and the development of an open community and collaboration. This is done by fostering an open, cooperative community and friendly competition.” (http://igem.org, last accessed 5 April 2018).

STS/Austria/EASST workshop 2017, Vienna/Austria, 16-18 February: ‘Community and identity in contemporary technosciences’, for details see this text, the official announcement at and an inspiring blog by Chris Mellingwood (Univ. of Edinburgh) at (last accessed March 27, 2018). 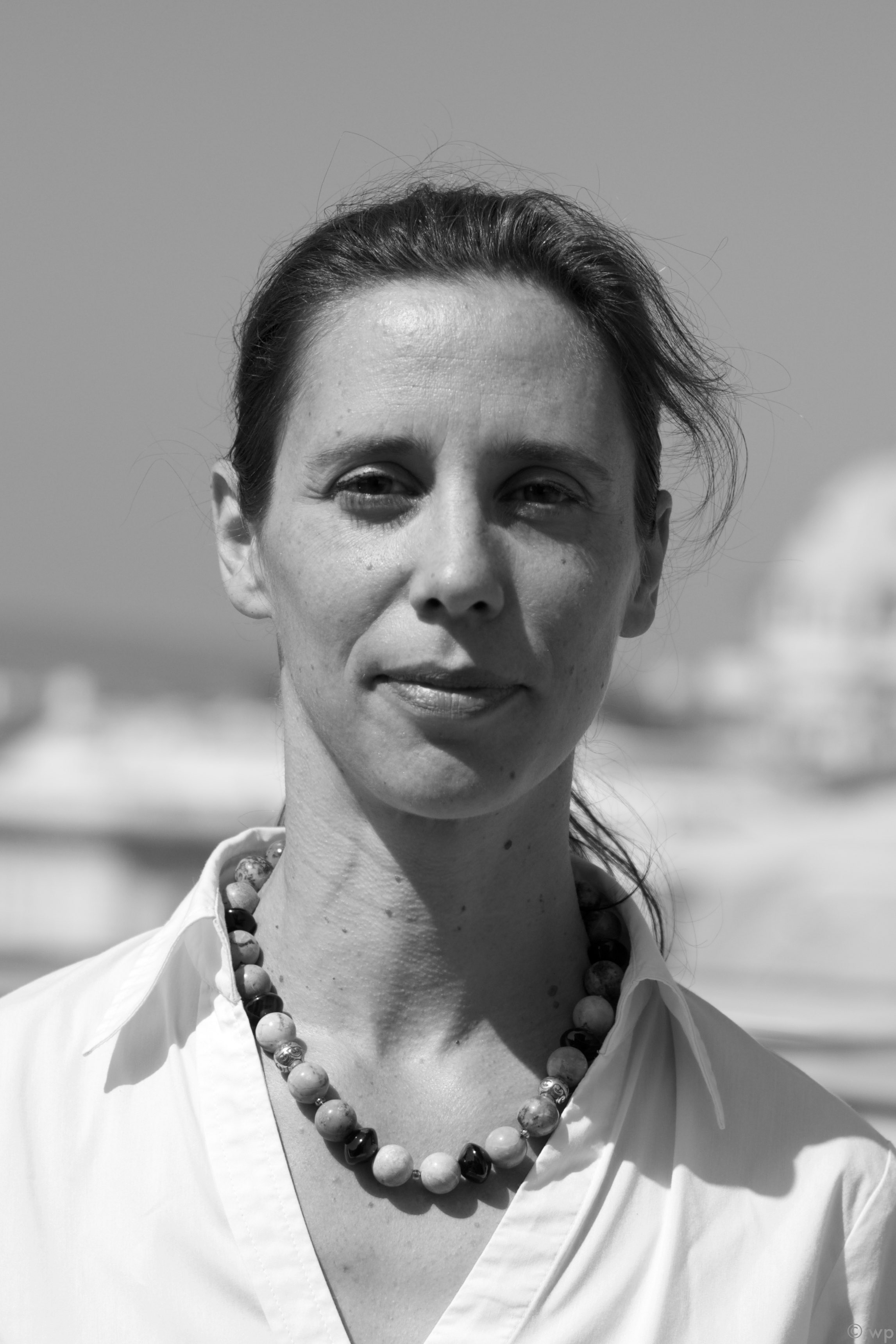 Karen Kastenhofer is a former biologist, STS scholar for the past 20 years and TA practitioner for the past 10 years; she currently concentrates on her habilitation thesis (Elise Richter project V-383, funded by the Austrian Science Fund) on ‘stability and change within Viennese biology and life sciences around the year 2000’ at the Austrian Academy of Sciences, combining and epistemic cultures approach with an institutional perspective. Contact: kkast@oeaw.ac.at