Making snow on indoor ski slopes, growing cherry tomatoes in western Iceland, recreating tropical rainforests in central Paris… The capacity to create and control strategically useful and productive microclimatic conditions within indoor enclosed ecologies may well be a significant key shift in human – environment relations. As the planet’s climate experts cast doubt yet again on our collective ability to urgently and appropriately respond to clear signals that global warming is happening and its deleterious effects are becoming ever more widespread1, there seems to be a somewhat paradoxical focus on fashioning artificial environments for leisure, food production and botanical display that bear little or no resemblance to either the setting in which they are developed or the original milieu from which they take their inspiration. These ‘arks’ thus constitute a new, highly selective form of urban environment in which boundaries between inside and outside come to represent nothing less than priorities and choices about the types of species, spaces and activities of humanity worth saving and those which can be discarded in an already emerging, uncertain and turbulent future.

Tracing the processes and practices through which these emerging environments are constituted is thus at once crucial, fascinating and, as is habitual in STS, worthy of close attention for understanding how inherently socio-technical worlds come to be. In this short article, I explore two brief examples of emerging enclosed ecologies which are reliant on technology deployment to create, what are claimed as, efficient conditions for the activities they sustain.

With climate change creating uncertainty over future land availability and agricultural productivity, there are increasing attempts to transfer the rationales and practices of precision agriculture into urban areas in a variety of ways to provide control and greater efficiency of the growing environment. AeroFarms in Newark, New Jersey is, for example, using “a completely controlled environment… [to] take indoor vertical farming to a new level of precision and productivity with minimal environmental impact and virtually zero risk”.2 Taking over a former industrial building it has almost 70,000 square feet of space for growing salad greens and other plants on twelve stacked layers each eighty feet long.3 This is ‘closed loop’ aeroponic farming which provides plants with water, nutrients and oxygen by spraying a mist over their roots, thus using 70% less water than hydroponic farming (which itself uses 70% less water than normal farming), and substituting a patented and reusable artificial fabric cloth for soil: “If crops can be raised without soil and with a much reduced weight of water, you can move their beds more easily and stack them high”.4 AeroFarms balances the place specificity of being based in Newark with a desire to replicate its model to fit other urban contexts using algorithms, sensing devices, CO2 enriching and bespoke LED lighting technology that totally controls the environment it is configuring: “The technology it uses derives partly from systems designed to grow crops on the moon. The interior space is its own sealed-off world; nothing inside the vertical-farm buildings is uncontrolled… In short, each plant grows at the pinnacle of a trembling heap of tightly focused and hypersensitive data”.5 The advantages for AeroFarms are multiple: “We have optimized our patented aeroponic growing system for faster harvest cycles, predictable results, superior food safety and less environmental impact”.6 Given the high-tech process, the result is indeed a product unlike anything in ‘nature’ whereby “plants create themselves partly out of thin air”,7 and there is production of “more crops in less space while minimizing environmental damage, even if it means completely divorcing food production from the natural ecosystem” . As AeroFarms chief marketing officer argues: “Out there, in nature, we don’t have control over sunlight, rainfall, here, we are giving plants what they need to thrive”. 8

Driven by the need to save land and resources and reduce pollution, such as from agricultural runoff, for future environmental planetary sustainability, but also feed a rapidly growing global urban population, many variants of this initiative – reducing the amounts needed of one or more of sun, soil and water – are seeing the light of day in cities around the world (see figure 1). And the logics, practices and techniques are becoming ever more diffuse and democratized beyond experiment and scientific expertise into the lay domestic realm. For example, having teamed up with the Swedish University of Agricultural Sciences, Ikea now sells a range of hydroponic indoor gardening technology kits complete with seeds, nutrients and LED lights. These kits are deliberately aimed at apartment dwelling citizens across the world who do not have direct access to outside gardens.9 Through these initiatives, large-scale farming previously done beyond the city is being brought or rescaled into urban areas and into the home, creating new ‘insides’ that aim to alleviate the problems of, and therefore improve on, increasingly turbulent unsustainable ‘outsides’.

Snow as infrastructure: making the perfect piste every day

Indoor ski centres are becoming ever more popular across the UK, Europe and North America as skiers of different ages and abilities seek exact, guaranteed, all year long and locationally convenient conditions in which to practice on the piste.

But the novelty and diffusion of these centres shrouds the sheer complexity of the infrastructure systems required to reproduce Alpine conditions in an urban indoors in Manchester or Hemel Hempstead. The snow has to be actually produced on a daily basis with precise physical qualities as well as in sufficient quantities, while there is a constant struggle to keep the ambient temperature at the right level (-2C during the day and -8C at night). The scale of the enterprise is astounding – this is a veritable industrial ecology of leisure with a series of inputs and circulations of material flows (water, ammonia, glycol, cooling, condensers and so on) to allow skiing to take place in a manufactured and controlled setting which transcends the climatic, seasonal and topographic limits of the immediate environment.

Much of the preparation and maintenance of the whole system is done at night, and involves a surprisingly substantial amount of actual human labour. It takes 8 people to move equipment and décor to get the machines and ploughs in. “Every night, our snow machines pump out 10 tonnes of snow to keep it fresh”.10 But the slope then has to be ‘groomed’ and the computer monitored control of the snow on the slope is backed up by somebody double checking every square meter for depth and quality. Then the snow has to rest to harden up for 7 hours before ‘use’. As the facilities manager for the Manchester centre summarises: “My primary objective is to maintain the snow conditions. It’s a very fine balancing act, but we maintain a level of 400mm of snow, and a lot of work goes into that”.11 The complex maintenance procedure was foregrounded when the facility was forced to close temporarily in February 2017 due to poor snow conditions.12

These centres resemble ‘boxes’ as their protected, controlled settings become crucial to create the precise conditions for snow making: an insulated structure, air conditioning to circulate cold air, chilled water supply, a slope with a glycol antifreeze cooling system underlay, liquid ammonia storage tank. The process resembles the natural process of snowfall (‘clouds’, ‘tiny particles’, ‘snow crystal formation’)13 but filters out extraneous elements and the unreliability of not knowing when it is going to snow. There are considerable environmental externalities to these centres which consume huge amounts of energy and other resources on a daily basis, often requiring their own electricity substations and water provision. This is a new form of closed loop industrial ecology bringing into being a synthetic leisure space which resembles the conventional outdoor activity but actually constitutes something else and new, as demonstrated by the increasing number of people who now regularly ski indoors without ever skiing outdoors. The remarkable thing about this process is that there are now a number of ski resorts in the Alps and elsewhere actually using similar systems to produce artificial snow for their slopes when there is a natural shortfall.14 The recreation of outdoors indoors is now being taken back outdoors, the simulacrum is reality.

These two brief examples demonstrate a close focus on what can be called the infrastructuralisation of new enclosed ecologies. A set of intertwined socio-technical processes underpin enclosed spaces by introducing and reinforcing logics of efficiency, calculability, predictability and control through technology. What an urban STS perspective foregrounds is how this infrastructuralisation is materially (concretely and politically) done in and across a wide range of cities to allow the work of enclosure to take place for particular productive purposes, while excluding that which is not required or is less desirable. It thus begins to uncover some of the contradictions and consequences of this development, which will demand further critical interrogation.

If this appears to be something out of space age experimentation or science fiction, then that’s because it is. The knowledge, techniques and practices of enclosure, experiment, manipulation and improvement behind these new ecologies have circulated and transmuted into the urban arena from other domains including biospheric engineering, the technoscience of space exploration and precision agriculture. In critically exploring both the hybridization of insides and outsides and technology and ecology, and the crossovers between distinct domains of expertise, knowledge production and life support, developing an understanding of these controlled environments is crucial for navigating and forging possible urban and human futures in the anthropocene.15 This area of research pushes at and looks beyond the traditional boundaries and settings of the city in order to develop new ways of understanding human-technology relations on a turbulent planet.

3 “The willingness of a certain kind of customer to pay a lot for salad justifies the investment, and after the greens get the business up and running its technology will be adapted for other crops, eventually feeding the world or a major fraction of it. That is the vision”, Frazier, I. (2017) “The vertical farm.” The New Yorker (9 January 2017).

13 “Just like on the mountains, indoor snow is made using a cold environment, water and air… In the mountains, crystals are found in the clouds before they turn to snowflakes, these pure crystals are also what falls on The Snow Centre’s Slopes at night”: https://www.thesnowcentre.com/snowsure/news/how-snow-is-made-indoors 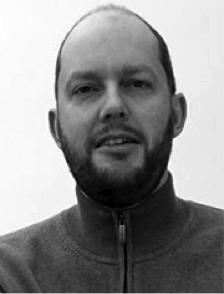 Jonathan Rutherford holds a research post at the Laboratoire Techniques, Territoires et Sociétés (LATTS), Université Paris Est (France). His research interests are in the processes and politics of urban socio-technical change through a focus on the shifting relations between infrastructure and cities. He co-edited recent special issues of Urban Studies and Energy Policy, and the Routledge volume Beyond the Networked City.