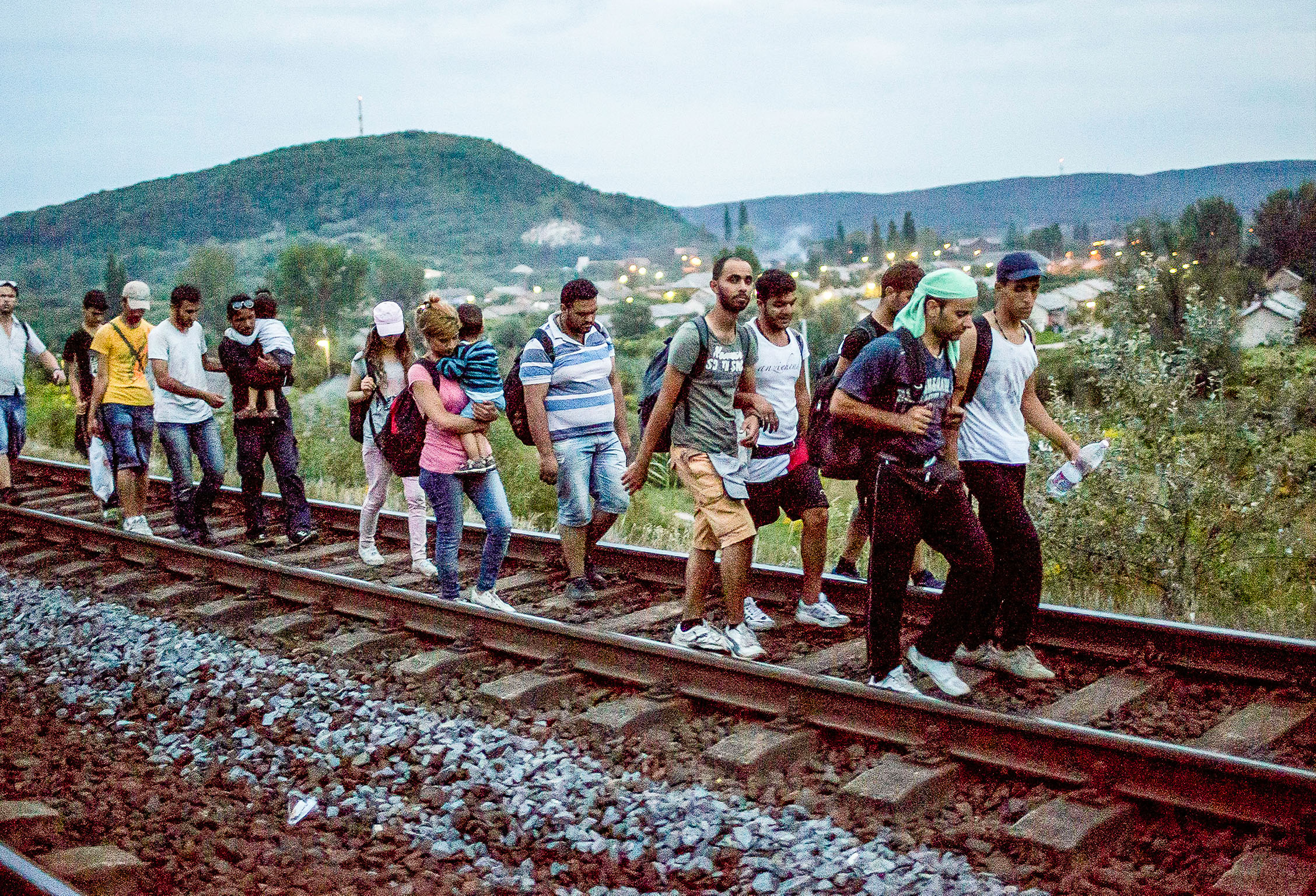 epa04913729 Migrants walk on the railway tracks near Tatabanya 57 kms west of Budapest, Hungary, 04 September 2015, after some 200-300 migrants broke out of the Bicske train station. At Bicske in Hungary, police and interpreters on 03 September urged refugees and migrants to leave a train bound for the western town of Sopron and board 20 waiting buses to a nearby camp, but many were promptly brought back to the station platform. Earlier, hundreds of migrants rushed the platforms in Budapest after Hungarian police opened the city’s Keleti station, which had been blocked to migrants since 01 September. Hungary’s railway service said there were no trains headed to Western Europe for the time being. Thousands of refugees – many of whom have traveled from Africa and the Middle East in the hopes of reaching countries like Germany and Sweden – have been stranded at the station. EPA/BALAZS MOHAI HUNGARY OUT