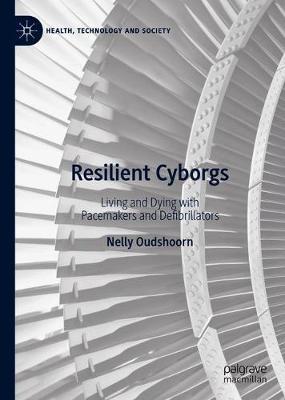 This book examines how pacemakers and defibrillators (ICD) participate in transforming life and death in high-tech societies. These implants represent an important case for STS research because they challenge a longstanding tradition of theorizing human-technology relations.  Many theoretical approaches conceptualize the interactions between humans and technologies merely as finite and limited, temporal events and focus on devices that are more or less under the control of humans. However, technologies implanted in bodies often involve continuous interactions that may last a whole life time and their design does not delicate agency to its ‘users’. Because of the persistent and widespread presence of technologies implanted in bodies, understanding the agency, vulnerabilities and resilience of people having these devices has become an urgent concern.  Based on a detailed field work of how people live and die with pacemakers and defibrillators, the book describes how keeping hybrid bodies alive requires the active involvement of ‘wired heart cyborgs’, their close relatives, technicians, nurses and cardiologists, governance and medical infrastructures, and the devices themselves. Importantly, building resilience also includes the phase of dying and the reuse of pacemakers removed from deceased bodies. The concluding chapter develops a new sociology of what it takes to become a resilient cyborg. Inspired by the work of Donna Haraway on cyborgs and companion species, the book argues that implanted technologies can best be considered as body-companion technologies. This concept invites us to approach technologies inside bodies as devices that act as life-long companions requiring extensive work to sustain the multiple, often mutual, relationships between humans and technologies. First of all, the interactions and interdependencies between cyborgs and body companion technologies involve a mutual guarding. Pacemakers and defibrillators have been introduced to keep watch over possibly life-threatening heart-rhythm disturbances to ensure more regular heartbeats. Conversely, people living with these technologies have to watch over the proper functioning of their implants by ensuring that external physical objects, digital devices, (grand)children or intimate partners don’t disrupt their devices. Guarding over their implants to protect them from external harm involves extensive anticipation and disentanglement work in which wired heart cyborgs develop different techniques to build resilience. A second interaction that emerges in this book concerns a reciprocal process of disciplining. During the first months after the implantation, internal heart devices must be disciplined by tuning and re-adjusting their agencies to the agencies of the heart. Conversely, internal heart devices try to discipline cyborgs as well.  Despite this guarding and disciplining, body companion technologies may run wild and even hurt you, as exemplified by fractured leads and inappropriate shocks, even during dying. A third interaction and interdependency between body-companion technologies and wired heart cyborgs therefore concerns domesticating, which, in contrast to guarding and disciplining, only involves work by wired heart cyborgs and technicians. Other important heuristic tools developed in the book include conceptualizing the active engagement of cyborgs in building resilience as work; accounting for their expertise by including sensory experiences and resilience techniques; following the whole life cycle of hybrid bodies, including dying and death; and a sensitivity to difference.