The Centre for the Study of Invention of Social Process is an active inter-disciplinary research centre at Goldsmiths, University of London, which was founded more than 10 years ago by Andrew Barry and others. CSISP was opened in 2003 by Bruno Latour with a lecture on the question of “how not to change vehicles” in moving from microto macro- in the social study of” …invention (more on this topic, and choice of label, below).

Institutionally speaking, CSISP has the luxurious if delicate position of being based in the Department of Sociology, while boasting an interdisciplinary membership, with staff and students from across Goldsmiths involved in collaborations and events, including from Design, Art, Anthropology, Visual Cultures and Cultural Studies. CSISP also works with members from beyond Goldsmiths, including Kristin Asdal (Oslo), Carolin Gerlitz (University of Amsterdam) Javier Lezaun (Oxford) Celia Lury (Warwick) Fabian Muniesa (Paris) and Tahani Nadim (Berlin). From the very beginning CSISP has been based in the Warmington Tower on the highest and generally peaceful 12th loor, which a few years ago however was troubled by an asbestos threat, exposed by a leak in the roof. The asbestos fortunately have since been removed, and besides the 12th loor has the benefit of a view of the City of London, which helps us to keep things in perspective, albeit an ensobering one.

Over the years, CSISP has been directed by a variety of Goldmiths sociologists, including Mariam Motamedi Fraser, Mike Michael, Marsha Rosengarten and myself. Michael Guggenheim, Alex Wilkie and Marsha Rosengarten have just become the new Co-Directors of CSISP, as from September I have joined the Centre for Interdicisplinary Methodologies at the University of Warwick. The Centre’s thematic focus has been remarkably enduring over the years. As the official blurb on the CSISP home page has it, the centre centre supports research, projects and events in the broad area of science, technology, society and the environment. This broad and inclusive description echoes the broad substantive focus of our field (at CSISP we like to blame STS for whatever we can); but CSISP makes up for its wide focus through its narrow objective to support and enable – website blurb again – “mutual interventions across disciplines and practices that are concerned with the social: design and social science, computing and sociology, issue advocacy and social methods, biomedicine and social research, the arts and environmental science.”

It does not seem an exaggeration to say that CSISP has developed a distinctive take on interdisciplinary research over the years, which a) explicitly includes creative or ‘generative’ disciplines like design, computing and the arts, b) collaborates with NGOs and activists, including Platform, the International HIV Social Science and Humanities Conference, and the Tactical Technology Collective, and c) has a special focus on enabling practice-based, materially aware, medium-specific forms of methodological innovation that further enables this broad and generative approach to interdisciplinary social research that we and (former) colleagues at Goldsmiths have termed “inventive” (Lury and Wakeford, 2012).

Research projects developed and hosted at CSISP that may help to clarify and exemplify this approach this are:

a) the Pindices installation by Andrew Barry and artist/designer Lucy Kimbell, which consisted of translucent tubes fixed to the wall carrying buttons with accounts of specific acts (e.g. ‘I raised an issue’), and which was part of the Making Things Public exhibition in the ZKM Karlsruhe in 2005.
b) the on-going collaboration between Design and Social Science by Mike Michael, Bill Gaver, Alex Wilkie and others and which produced the RCUK-funded ECDC project in which designers and STS researchers developed an material method and/or prototype device called the Energy Babble, a kind of community-radio which broadcasts digital content relating to energy demand issues and also enables community engagement among the network of its users (via the micropohone) (see the contribution by Alex Wilkie below).
c) Noortje Marres’ ESRC-funded work on Issue mapping online (Figure 2), which brings together STS approaches with digital methods to develop tactics, methods and tools for analysing and visualising public issue formation, including the Associational Proiler, a prototype tool for studying the ‘liveliness of issues’ with Twitter (see www.issuemapping.net and Figure 2 for an early associational proile of #drought from 2012).
d) Jennifer Gabrys ERC project on Environmental Sensing with deploys a variety of sensors and sensing devices to develop materially aware methodologies for the articulation of and engagement with environmental crisis (see www.citizensense.net).
e) the ERC project led by Michael Guggenheim on Organizing Disasters with seeks to analyze the encounter between civil protection organizations and the population and to this end combines field-based, experimental and visual methods (see www.organizingdisaster.net).

The development of social research projects is then key to CSISP – indeed it hosts other ERC projects be sides the two mentioned above, including the project on market problems by Dan Neyland discussed in the next article, and Goldsmiths Sociology also hosts Evelyn Ruppert’s How Data Make a People (www.gold.ac.uk/sociology/research/researchprojects/howdatamakeapeople).

A no less important aspect of CSISP has always been the lively post-graduate culture that it supports, by way the Whitehead Scholarship and the CSISP studentship, and through on-going events such as the CSISP Salon, an informal reading-cum-viewing-and-discussion group, which has been organized by PhD students and post-doctoral researchers over the years (Tahani Nadim, Ann-Christina Lange, Joe Deville, Laurie Waller, Sveta Milyaeva, Vera Ehrenstein, David Moats), and where “members and others meet to debate issues in the field of the social studies of science and technology and beyond,” using an “experimental format that aims to accompany texts with contextual materials in the form of films, news articles, field visits etc..”, as the CSISP Salon webpage puts it.

These and other CSISP events are enlivened by participation of students in Master programmes taught and convened by CSISP members, including in recent years the MAs in Visual and Digital Sociology, as well as by CSISP visiting fellows who join us for a period of a few months to over a year from related, international STS groups and departments, including Anders Koed Madsen (Copenhagen), Nerea Calvillo (Madrid), Priska Gisler (Zurich), Lonneke Van der Velden (Amsterdam), Daniel López and Israel Giralt Rodríguez (Barcelona), Kay Felder (Vienna), Pascale Trompette (Grenoble), Ignacio Farías (Berlin) and Manuel Tironi (Chile).

Events have been very important to the making of CSISP as not only a research centre but also an intellectual place. The last big one was the anniversary symposium Inventing the Social in 2014, which was co-organised by myself, Michael Guggenheim and Alex Wilkie, and brought together speakers to discuss renewed attempts to connect innovation and creativity with sociality, in a range of current fields, from digital media to disaster management and installation art. We are in the process of developing this event into an edited book to be published by Mattering Press, and the poster advertising the event was designed by Alex Wilkie, as most of our many CSISP posters are, and this poster took the form of a long list of events organised in the 10 years of CSISP existence, showing how diverse our topics of interest have been, going from the philosophy of Bergson, open source software, oil and politics, digital societies and so on (www.gold.ac.uk/media/Inventing%20the%20Social.pdf). This broadness could be taken for a lack of specialization, and this would not be wrong, but it also signals the commitment of those who assemble in and around CSISP to work across the registers of theory, research and practice.

Invention, then, is not only an important topic for CSISP but equally presents an important project in which STS researchers and practitioners may engage themselves. Perhaps most importantly, to engage more directly with the ‘invention of the social’ opens up possibilities for broadening our understanding of what it is ‘we’ do: Do we dare experiment with accepted divisions of labour in social research and innovation? Can we include the design and implementation of methodologies for sociality in the social studies recipe book? This is the question that on-going work in CSISP has raised over the least years, and also one that informs the new online, Open Access journal that CSISP will launch the coming year, Demonstrations (www.csisponline.net/2015/03/25/call-for-contributions-for-the-launch-of-demonstrations-journal-for-experiments-in-the-social-studies-of-technology). 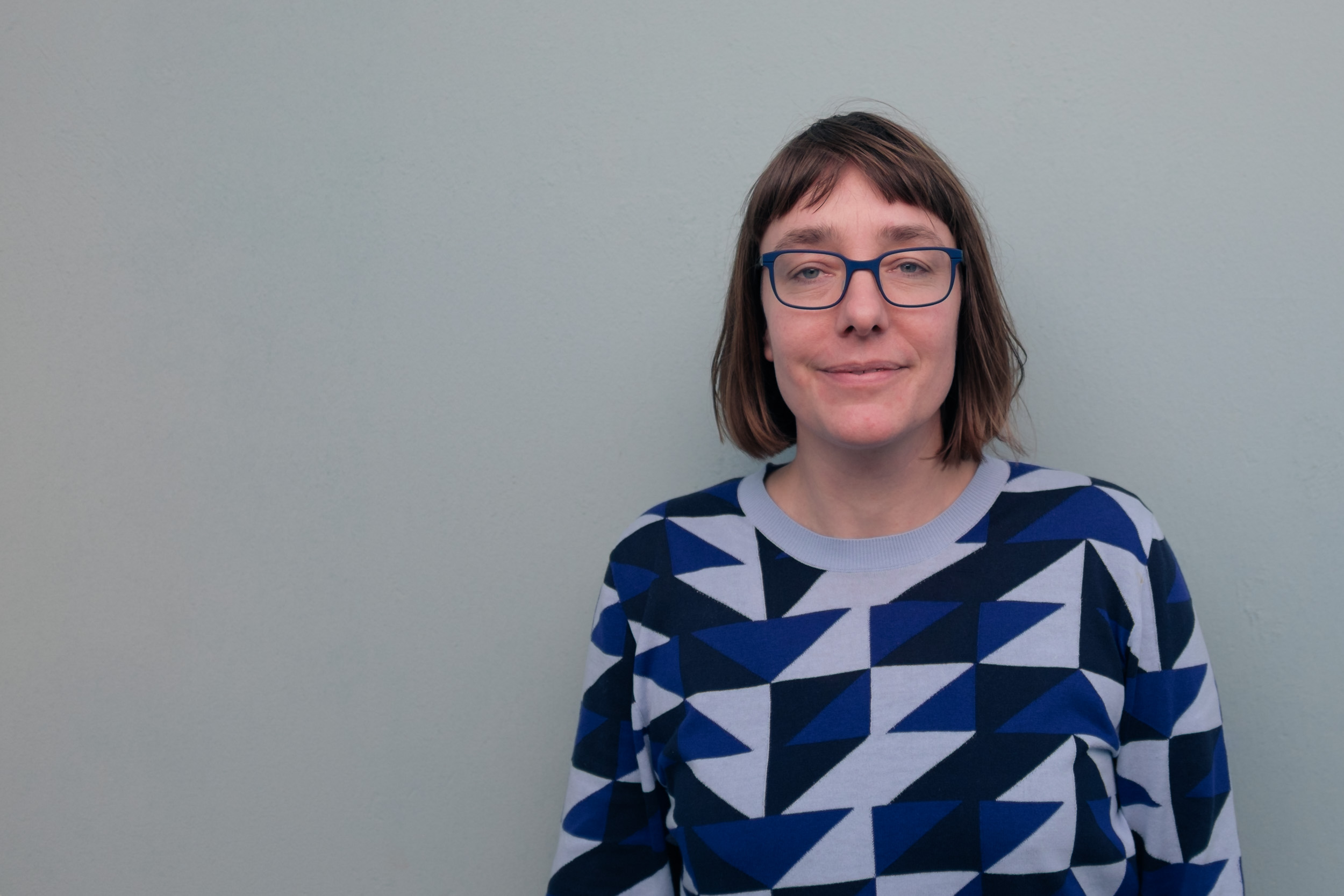 Noortje Marres was trained in the sociology and philosophy of science and technology at the of Amsterdam. She was a Research Fellow in the Centre for the Study of Invention and Social Process (CSISP) at Goldsmiths, University of London, and then in the Institute for Science, Innovation and Society at the University of Oxford. In 2011 she returned to Goldsmiths to (co-)direct CSISP. She has just left to take up a new post as Associate Professor in the Centre for Interdisciplinary Methodologies (CIM) at the University of Warwick, where she aims to continue her work on technnologies of participation, digital sociology, and issue mapping.