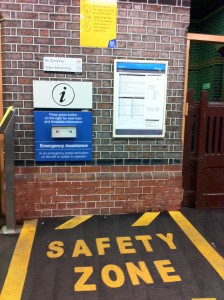 STS in Grants and CVs: Dealing with Differences. by Josefine Raasch

This article gives a brief introduction to the Department of Science and Technology Studies at the University of Vienna. It starts by tracing the institutional transformations of the department in a changing university environment. We give an account of the development of the department’s main areas of research and the way they are organized today. Then, we sketch the departments’ approach in o ering strongly international and interdisciplinary teaching. Finally, we describe how both reaching out to wider society and reaching in to change the culture of our own institution has been a main agenda in department work, and o er some recent examples.

From an STS perspective, obesity is a particularly interesting case to study. This paper describes two consecutive projects on this issue at Vienna University’s Department of Science and Technology Studies, and their main results. These include how issues of obesity are intertwined with questions of moral orders and the temporal tissue of contemporary societies, as well as how obesity becomes a vehicle to perform moral- political diagnoses of ‘modern’ life and technologized societies. Further, we discuss questions of classi cation of human bodies and human diversity in addressing obesity. We argue that an STS approach is especially suited to showing how the classi cation of human di erence in medical practice is co-produced with normative, social, and political orders.

Journal Science and Technology Studies by The Editorial Committee

What are the connections and interactions between entertainment and popular culture, and science and research? The #POPSCI2015 Conference taking place September 17-18, 2015 in Klagenfurt, Austria, approached this question from various perspectives and disciplinary viewpoints. Among other topics 30 presenters from thirteen different countries explored various representations of science and research in popular formats such as fiction movies and documentaries, TV series, comics and music and various sites on the internet, but also in science slams or holiday expeditions. The conference showed that the interactions between science and popular culture are still under-researched. A surprisingly complex picture of science and research in entertainment and popular culture was exposed, which can also be a fruitful area of research for science and technology studies.

The proposal to establish the Association for Studies in Innovation, Science and Technology-UK (AsSIST-UK) received full support from almost 100 delegates attending the launch event at the University of Sussex on August 25 2015, which was kindly hosted by SPRU, and supported by a number of sponsors, including the European Association for the Study of Science and Technology (EASST). Delegates represented over 30 academic organisations and included senior staff from Nature, the Economic and Social Research Council (ESRC), the Wellcome Trust, Palgrave Macmillan and the British Society for the History of Science (BSHS). The meeting received the Statement of Foundational Principles which establishes the aims, organisation and broad values of the Association. Four break-out sessions discussed core themes that inform the broad interdisciplinary field of Science, Technology and Innovation Studies (STIS), and how these help define the priorities and practice – including policy goals – of the Association. A closing plenary session captured the principal ideas emerging from the sessions and provided an opportunity to suggest and agree on strategy and practical steps for the future.

EASST/4S Conference. Barcelona 2016. August 31-September 3. “Science and Technology by Other Means” by The Organizing Committee

The 2016 EASST Awards – call for nominations by EASST Council