Since 2011, following the Arab Spring, Indignados and Occupy movements, the debate on new forms of governance has been popular focusing on collective action and social institutions. These new forms of governance can be explained by applying to the actor–network theory, as I observed in three sessions of the 2014 EASST conference in Torun. Based on the presented papers, I would like to emphasize how trust works in social institutions and how these institutions are based on cooperation and knowledge.

First, I attended a session on ‘Actor-Networks’ (S-10) that explored different approaches to empirical research relying on ANT and discussed key ideas about collective action, cooperation between actors and trust in institutions. This also opened a debate on the importance of a post-ANT perspective in the study of social institutions, from a gender and postcolonial perspective – probably, issues that in the past were often neglected in mainstream STS, but that have encountered an adequate space in the last editions of EASST conferences. In this session, I also found the concept of innovation in social institutions particularly significant, as it has been recently used in the topics of P2P and horizontal technology, grounded in the actor–network theory (Callon et al., 2013, Mallard, Méadel and Musiani, 2014). This concept considers new forms of cooperation and innovation emerging through shared trust among the actors involved in social institutions. Trust appears here as the basis of multiple kinds of relationship in everyday life and in social institutions. Based on the assumption that people interact for a common purpose, trust was further understood as being contagious and as causing contagion. The debate in the session circled around chain reactions caused by the Occupy Movement in different places around the world, and how these movements have constructed and managed trust in a cooperative and innovate way. In sum, a trust reaction in different actors in institutions of societies with different economic and political systems, where people have decided to place their trust in this form of protest and to adopt the same political strategies. Horizontalism here involved mostly the modes of communication among the members of these social institutions, that is, forms of direct democracy over hierarchy. Trust in social institutions thus appears as the basis of this horizontal democracy – a type of democracy where being together and sharing collective emotions as a community is based on trust in each other as citizens of this democracy. Town meetings, working groups, and assemblies are the places for the enactment of horizontal democracy and non-hierarchical social relationships as they promote civic involvement, innovation and transparency.

Another session I would like to comment on to discuss how social institutions are shaped through interactions between actors and technologies is ‘Epistemic issues in the play of governance’ (D2). Four interesting presentations addressed the epistemic dimensions of guidelines and standards in play with governance, ranging from active ageing policies and professional guidelines for palliative sedation in end-of-life care to policies for the prevention of obesity. These talks focused on social policies and citizens, studying governance technologies from the subjects’ point of view enabled a dialogical approach, whereas an epistemological approach focused on the meaning of government guidelines.

The debate in this session circled around epistemic trust in social institutions. Latour appeals (2013) to trust in a fragile and complex institution, such as science, suggests that if no institution were accounted for in our analyses, it would appear as though trust would not be necessary. But schools, universities, hospitals, markets, courtrooms, military barracks, and recreational/sporting facilities are all venues of trust-based intensive rituals (Srbljinovic & Bozic, 2013). One of the presenters in this session proposed that our ability to rightly judge and be judged as trustworthy emerges in the social interaction and is expressed as epistemic trust, according to which the speaker’s commitment to her own words was a condition for the acceptance of the testimony on the part of the listener.

Epistemic trust is composed of several actions based upon feelings of expectation, hope and confidence, and also accuracy, sincerity, honesty and openness. This epistemic trust as presented in this session is the basis for multiple kinds of relationships in social institution. In the debate, someone mentioned O’Neill (2004) remarking that trust in institutions is precarious because we need to establish a robust system of accountability to replace it. Given that in institutional and social life, we have to make decisions in the absence of full information, trust is essential to make these decisions. Narratives can provide opportunities to ensure trust in social institutions: the communication between doctor and patient in a hospital, the researcher–subject relationship in a laboratory, and so on.

‘Social movements as actor–networks’ were discussed in another session (B-2). Here, the focus was on the analytical tools for studying social movements from an STS perspective. Cases mentioned here included the 1935 social movement in Ireland for distributing condoms and the 2012 hunger strike in Brussels, where physical bodies were used as political tools, as well as the Mediterranean anti-austerity movements, viewed through the ANT lens. A common point in these practices of social movements is the design of new forms of sharing collective action, affects and policies.

Speakers of this session focused on experience, emotions, cooperation and actions of activists. In my understanding, they also suggested that forms of horizontal democracy observed in the Occupy and indignados movements provided the infrastructure for collective action and stimulated positive emotions among citizens. People challenged the authority of “traditional” (political and economic system) institutions and formed a multitude of subjects which shared the same emotions in the same place (Zuccotti Park in Occupy Wall Street, Puerta del Sol in 15M, and so on); a sort of emotional contagion, caused face-to-face and interaction contact. All were in different places around the world, but with the same practices of occupying public space to fight against traditional institutions, setting in motion a democratic mobilization through which people challenged institutions of neoliberal capitalism. Correspondingly, institutional failure led to the collapse of representative democracy and produced negative emotions like social unrest, rage and anger. For this reason, the Occupy and indignados movements constructed a social order through interpersonal interactions in everyday life using cooperation and positive emotions. Accordingly, the „technology“ of democracy has been adjusted to specific modes designed by citizens; a new political space has been opened up through a series of negotiations and interactions. Horizontal democracy, I shall conclude, as a technology has been adjusted and redesigned by citizens. Interstingly, a speaker agreed with Akrich et al. (2006), for whom the ‘stabilisation’ of technology usually occurs with the establishment of a configuration in which the tool and infrastructures become transparent and invisible. Here lies the importance of incorporating institutions in our narratives as transparent sources of trust. In sum, these three sessions provided perfect examples for how STS could further zigzag between emotions and technology, trust and social institutions.

Latour, Bruno (2013). An inquiry into modes of existence: an anthropology of the moderns. Cambridge: Harvard University Press. 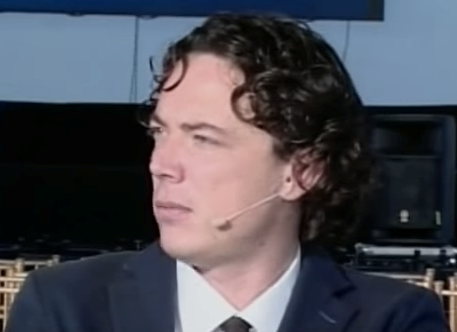 Simone Belli is a Professor of the Department of Social Science and Innovation at the Yachay Tech. He teaches Innovation and Entrepreneurship in the engineering degree program and coordinated an international project on innovation and cooperation in research groups from the STS perspective.