Social scientific research of the related disciplines of Astronomy and Space Science, Exploration and Industry has already emerged early in the history of Science and Technology Studies (STS). In fact, one of the first monographs specialising in a sociology of a scientific discipline presented a detailed study of the development of Radio Astronomy in Britain (Gieryn and Merton, 1978). As these fields are often considered at the forefront of scientific research, it is perhaps no wonder they have a particular panache for stirring up interesting controversies, while capturing the imagination of both STS scholars and various public(s).

The STS interest in the field has particularly intensified with the increase of scientific “presence” in outer space. Whilst the 1960s Space Race may have been a fruitful field of study for (geo)political reasons, the wider social studies interest in Space Exploration begun once its pool of participants moved beyond the young, male, military pilots of those early years. In particular, the idea of the space “shuttle” and research-oriented space stations has renewed STS interests in the societal co-construction of knowledge and technology off-Earth. Hence, since the 1980s, a steady stream of STS(-related) research interests and literature has emerged (as shown in Table 1).

Table 1 – An evolution of social studies of outer space since 1980s and towards transplanetary ecology. Source: Author.

In particular, the shift in scientific interest from “observing” space to “exploring” it, coinciding with the loss of Astronomy’s socio-politically prestigious time-keeping role, changed the perspective on Astronomy as the dominant space science and gave rise to “Space Science” instead. Astronauts’ accounts of the “experience” of the Universe – in contrast to astronomers past relational positioning within it – invited a shift in perspective on the Earth as well as towards the Cosmos (White, 1987).  These new perspectives were “socialised” with the opening up of international cooperation in the post-Cold-War era, bringing to bear the “overview effect” of the visual experience of the Earth from Space, transcending (national) borders and highlighting the fragility of the biosphere.

This also led to a shift in social perspectives on space exploration, leading to a focus on  global interconnectedness and wider citizen participation in science and technology development via the Internet. Although notable conflicts remaied in play, such as the divisions over the rising tide of private actors’ involvement in potential commercial projects from “space tourism” to resource extraction, i.e. “space mining” and a new geopolitical rivalry (i.e. US vs China). Together, these developments gave rise to sociological studies of a broader range of current and proposed space-related activities, termed as studies of “Cosmic Society” (Dickens and Ormrod, 2007) or “astrosociology” (Pass, 2006).

Moreover, since the 2000s and with the quickly expanding number of extra-solar-system planets being discovered, Astronomy and Space Science turned towards localisation of life (elsewhere) in the Universe and its associated place-making (Messeri, 2016). As place-making is a complex and deeply rooted cultural practice, social scientific research of such extra-terrestial life turned to anthropological methods and participatory studies, combining novel types of laboratory studies with the examination of public discourse and imaginaries. For STS scholars, these deeply personal experiential journeys within already exploratory science contexts brought to the fore the interest in studying the art and science of domesticating the unknown through age-old techniques of visualisation and storytelling.

More recently, STS studies of Outer Space sciences are taking the systemic turn, as through expansion of those place-making tools and near exponential increase in interest and perspectives, places are fast evolving into environments. This interplay between natural and social phenomena in the highly contested yet vastly open-ended Universe gave rise to an ecology of (trans)planetary systems – biological, technological and intellectual. Such synergic, yet also conflicting, presence of multiple interests led to the need for a more interdisciplinary set of STS enquiries, combining multiple social scientific approaches and often crossing – ontologically and methodologically – into the natural sciences.

One attempt at coordination and mutual support of these new efforts is the Social Studies of Outer Space network (www.ssosnetwork.org), formed following the 2018 EASST conference in Lancaster. The network experiments with topics as well as methods, for instance through taking part in the Innovating STS exhibits on the STS Infrastructures platform at the 2019 4S Innovations, Interruptions, Regenerations conference in New Orleans (Alvarez et al., 2019), using visuals and textual metaphors to explore the socio-political materiality of the “empty vacuum” of outer space.

As showcased and discussed in the “Exploring Otherworldly Ecologies” panel at the 2020 Locating and Timing Matters: Significance and agency of STS in emerging worlds EASST/4S conference, STS work in this area comprises of innovative and peripatetic studies. These cover significant ground, from the analysis of the social (co-)construction of specific (trans)planetary environments (Mars, the Moon, etc.) and their relational position vis a vis the Earth, to the use of space technology closer to “home” in co-shaping social and political perspectives on our environment. In either case, technology and knowledge exists in their own (eco)system – raising questions of appropriation (i.e. whose interest they serve), appresentation (i.e. how are they “behaving” when deployed/envisaged) and approbation (i.e. what are the issues at stake).

Similar interests were also discussed by colleagues in the “Who are the Publics of Outer Space?” panel, in particular the interplay between participation and farming of present and future technoscientific projects and visions. Critically, actor groupings (i.e. space agencies, citizen scientist, billionaire entrepreneurs, scientific communities, minority groups) are often interchangeably both protagonists and audiences of outer space imaginaries, often simultaneously (re)producing and disrupting institutional regimes. These contested, yet symbiotic, relationships fold into an ecology of actor engagement. In these complex contexts temporal, geographical and cultural environments interact to co-produce structures of social power, which (uncomfortably for many of us who study this field) sits at the core of societal “expansion” into outer space.

Aside from examining it, is this expansion into outer space to be celebrated, condemned or should we try help to co-construct it? As such discussion fell a little outside the “official” remit of our panel sessions, these normative challenges were explored as part of “Social Scientists in Outer Space” networking event (see Figure 1 below). In a bout of STS-inspired reflexivity, we also had to acknowledge our fascination with the subject matter field (and knowledge thereof, as shown in a virtual quiz!). This echoes the initial assertion that this “final frontier” attracts not only curiosity, but also a degree of admiration. The inherent mystery of what is unattainable by direct experience has been an age-old source of social power – and the technoscientific means with which it is exerted give rise to similar phenomena.

After all, having discussed all of the above at the first virtual EASST/4S conference, we had first-hand experience of the (awesome?) impact of technological mediation – both in its inclusivity as well as exclusivity – as we gazed from cyberspace to outer space.

The development, organisation and delivery of these events and encounters would be impossible without an amazing group of dedicated colleagues who deserve a special mention – Michael Clormann (Munich), James Lawrence Meron (Basel), Lauren Ried (Berlin), Denis Sivkov (Moscow), Alexander R. E. Taylor (Cambridge), Richard Tutton (York) and Nina Witjes (Vienna) – as well as all our presenters and participants. 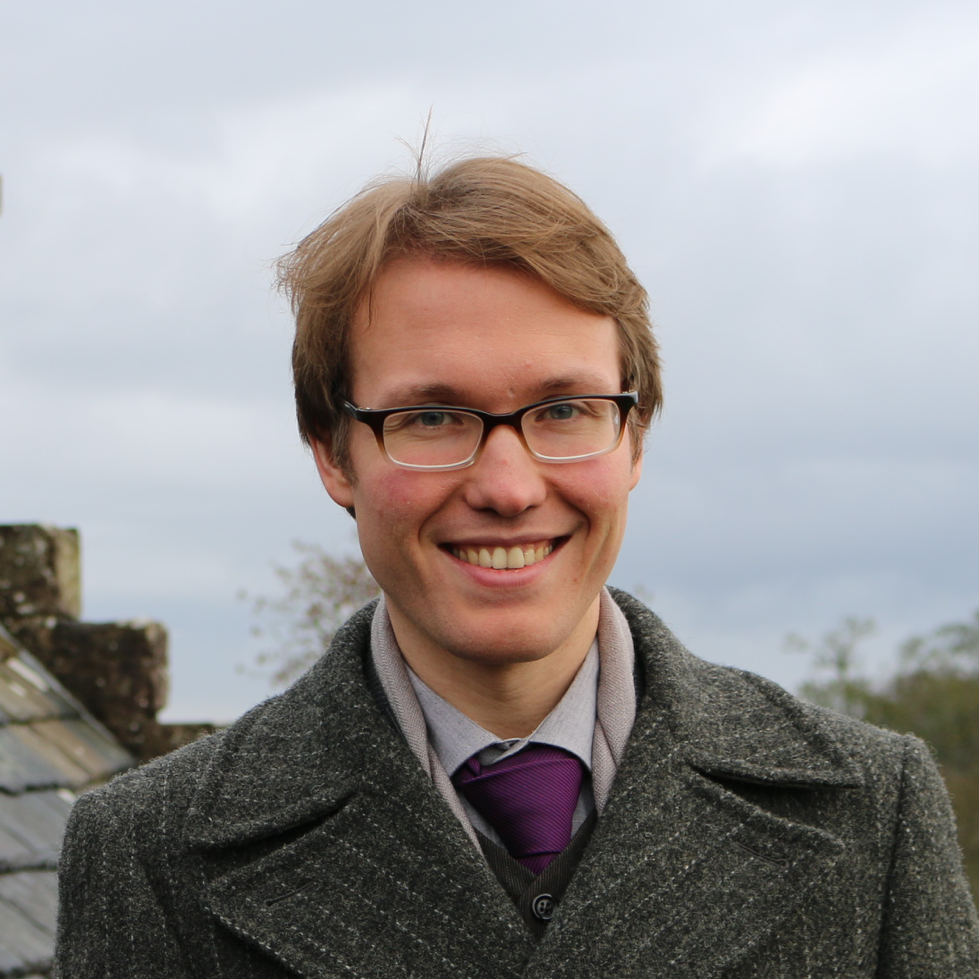 Matjaz Vidmar is a researcher in the Institute for the Study of Science, Technology and Innovation (ISSTI) at the University of Edinburgh and at the Royal Observatory Edinburgh. He is an (Astro)Physicist and Social Scientist by training and he is researching innovation and organisational change as well as technological mediation of social dimensions of Astronomy and Outer Space Exploration and Industry. In addition, he is involved in many international initiatives to develop the future of these fields, from running technical projects to coordinating research networks and institutions. He is also a university lecturer, tutor and mentor, and an award-winning science communicator, with events delivered in several countries and in leading science and arts venues and festivals. You can find more about Matjaz, his work, and how to get in touch, at www.roe.ac.uk/~vidmar