Alternative facts: quite a problem for STS and cognate disciplines. Here’s my situated halfpenny worth.

Fifty years ago, the discipline learned from Kuhn that correspondence theory works poorly, and opted instead for the workability of pragmatism. Forty years ago, this became the shaping of science by social interests. There wasn’t room for distortion (there was no benchmark for truth), but perhaps it was possible to distinguish between legitimate and illegitimate interests. Thirty years ago, the discipline was thinking about performativity. Truths are truths because realities are enacted to match them in locations such as laboratories. And then more recently some started to try to distinguish appropriate from inappropriate ways of knowing. Perhaps different kinds of expertise deserve different rights? Or different modes of existence are in need of diplomacy?

As I said, a situated story. But it also seems to me that in its fifty years, parts of the STS that I know best have started to come full circle. First it tore down philosophical stipulations about scientific method, and began instead to describe the complex practices of science. Always, to be sure, in the face of accusations that it was undermining truth, propriety, and/or civilisation. But now STS is being tempted by stipulation again. Not cognitive stipulation, but social stipulation. We are being asked to order the institutions of knowing so that something like truth will triumph. It is as if a new Comtean class of social intellectuals has stepped up to the podium, or perhaps I mean into the agora.

Okay, with alternative truths on the rampage, politics is deeply disheartening. But as you can tell from the irony, I doubt that we need new forms of rule-based stipulation. First, these lack a degree of political realism. People sometimes attend to intellectuals, but in politics, capital P, STS is just a sideshow, so who is going to listen? I’m not sure. Second, in one way I am also grateful that this is so, for while STS can surely make a difference, the prospect of STS as philosopher king is pretty scary. Do we think that we are to be trusted to regulate the generation of truth? Do we think that any elite is to be trusted? Sorry, but I am a sceptic. And then, three, perhaps most strangely, I fear we are forgetting STS 101. We are forgetting that the world and its institutions are contingent, that there is no purity, and that rules do not govern; that the world and its truths are messy practices and struggles. But if this is right then stipulation is a prince that will never rule. But there is an alternative, for we are at our strongest when we work to understand those struggling practices and their specificities; and (remembering that whatever we do is also performative) when we try to intervene in modest ways in particular places. Directly by standing up and shouting, or by writing, voting, commenting, criticising, persuading or seducing. (The modes of analytical-political practice are many). Or indirectly (perhaps this is our unique selling proposition) by re-articulating and reframing. By chipping away at common sense to show that other ways of being might be possible if (for instance) you want better disability care, or clean water in the villages of Zimbabwe.

Notice that I have talked of intervening. Large parts of STS are good at this. They know about mess and contingency. They know themselves to be situated too. And then, fired by a mix of curiosity and outrage, they make specific interventions about: nuclear waste; toxic dumping; public interpretations of science; the social agendas of primate research; bioprospecting; the struggle between care and control in health; technological genderings; dominatory legal practices; epistemicides; the colonial character of some environmentalisms; the dangers of monopoly claims to order; and land-use pressures on indigenous agricultures. But you don’t need my list. Please make your own.

The lessons? Again, please list your own. But for me the answer leads to specificity and difference.

Specificity. General nostra and high moral indignation are exciting but mostly (there are no rules) their reach is limited. General anything won’t do because there is no general. There are specificities pretending to be generalities, yes, but that is different. Indeed, this is precisely the problem. For STS tells us that such generalities are done and redone here, or there, in particular places and practices. In this newspaper, classroom, web site, office, ballot box, farm or at this border-crossing point. Always in specific material practices. And STS is good at understanding such specificities. It is good at insisting that practices and their truths are not general. And it is also pretty good at crafting possible alternative practices too. Not alternative truths but alternative practices. Creating what Kristin Asdal calls little tools. But what might it craft? What kinds of little tools?

That is for you to say. What kind of a difference do you want to make? But in the face of alternative truths I find myself joining those who craft specific practices for recognising and articulating difference. The object being to generate the discomforts of friction by creating practices of multiplicity. Because, and here we come to the point, performative success is easy when it encounters no resistance. Alternative truths prosper in social and technical monocultures that choke whatever does not fit, ecosystems populated by little tools that seal off otherness. But if this is right then well-intentioned general rules are less important than the proliferation of friction-making material tools for opening up and articulating uncomfortable differences. I am saying that we need to put effort into serious attempts to craft and seed these in endlessly many specific places and sites of struggle. Of course there is no single answer. But our discipline knows about the material specificities of struggle. It knows about practices for disrupting self-evidence and making disconcerting differences. And it knows about interference. In short, it knows about creating little tools for disrupting alternative truths. Clearly there is urgent work like this to be done. 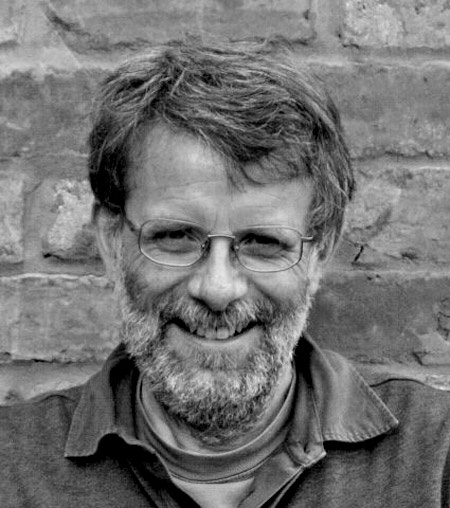 John Law is Emeritus Professor of the Faculty of Social Sciences at the Open University and key proponent of actor-network theory. In recent years, he has written widely on post-colonial STS, baroque methodological sensibilities, and the naturing of salmons.