I had been looking forward to the conference in Toruń for a long time. Having completed a Ph.D. in STS in Australia in 2013, this was my first Science and Technology Studies conference in Europe. I had already decided to attend at least two tracks completely, one related to the research I am doing now, ‘Epistemic issues in the play of governance’, with Ger Wackers and Rolf Andreas Markussen as convenors, and another related to a future project that Estrid Sørensen and I are working on at the moment, ‘Technologies of care and participation: Shifting the distribution of expertise and responsibilities’ (with Hilde Thygesen and Ingunn Moser as the convenors; Ger Wackers jumped in as host of the panel for most of the sessions).

Although the presented talks covered very different issues, I noticed that many of them dealt with changes, which were called ‘shifts’. Far from defining ‘shift’ as a buzzword, I became curious about the different shifting objects, the different ways of framing shifts in research projects and the different ways of approaching them. Being back on my desk in Germany, I now follow up on my curiosity and write about these different shifts. I will share my memories, draw on the notes that I meticulously scribbled down at the conference and on information of the EASST conference web presentation. By making this explicit, I hope to clarify from the outset that my textual presentation of the enactment of shifts is anything but representative.

Vicky Singleton was the first to evoke my curiosity about shifts. She had curly hair and looked smaller than I had expected and for some reasons both surprised me. Her kind appearance and her elucidated clarity impressed me. I remember many details of her presentation about a shift in health policy by promoting common values in compassionate care. These common values had been written into the National Health Service Constitution.

How did Singleton approach the shift? She examined the discourses around the promotion of common values, investigated the values considered to be common and the consequences of their promotion for caring practices and patients. Drawing on her ethnographic research on the care of patients with Alcoholic Liver Disease, Singleton argued that two of the promoted values, respect and dignity, assumed patients with aspirations. These patients were believed not only to be interested in living a healthy lifestyle and taking responsibility for their lives, they were also imagined to strive for it. However, based on her research she claimed that not all patients had aspirations and instead of taking care of themselves, some actually needed to be taken care of. The situations, in which caring professionals worked, were thus more complex than assumed by policy makers and a fixed set of values wasn’t necessarily of much help. It is important to emphasize that the lack of care Singleton could observe was not necessarily caused by a lack of values among caring professionals, but rather an effect of the socio-material arrangements that did not support a caring practice.

Singleton described that shifting the expertise for care from the professionals to the patients occurred together with a shift in the responsibility for care. Through this shift in responsibility, however, the relationality of situated caring was lost. Being realized in compassionate care, Singleton situated the enactment of this shift in health policy. Yet, policy makers did not understand the promotion of these values as situated and enacted as they did deny that putting common values in action was a collective achievement. However, understanding the implementation of common values as collective achievement is crucial for taking responsibility for it. Singleton warned that the promotion of common values in compassionate care might result in a denial of the collective responsibility to alleviate suffering and in reduced capacities for care.

Singleton pointed to three shifts, all intrinsically entangled with each other: a shift in health policy, a shift in expertise and a shift in responsibility. I remember my enthusiasm when hearing about different shifting objects, a variety of different practices that caused the shifts and also about different results of these shifts, while Singleton made clear that they were all related to and dependent on each other. Attending my first European STS conference, I noticed that I witnessed the enactment of more than one, but less than many shifts.

Enacting shifts at the EASST conference in Toruń

There were other researchers who talked about shifts and enacted them through their talks. Listening to some of them I got enthusiastic again, but only a few presenters enacted a multiple shift. Yet, my interest in shifts was evoked. How were the shifts enacted? What did they do and what resulted from them? I tried to find out more by focusing on the shifting objects, the things that were happening together with the shifts and the orderings resulting from shifts.

The shifts described at the panels ‘Epistemic issues in the play of governance’ and ‘Technologies of care and participation: Shifting the distribution of expertise and responsibilities’ covered a huge range of fields: shifts from an epistemic culture of teaching medical students based on medical concepts to another, based on educational concepts (Wallenburg et al.), shifts in handling nanoparticles caused by new legal regulations and ‘quasi-governmental guidelines’ (Pfersdorf), shifts in standards in research assessment (Rushforth et al.), shifts of Dutch society (Mundbjerg Gjodsbøl and Nordahl Svendsen) and in the meaning of Dutch citizenship from entitlement to obligations and responsibilities (van Hees et al.), and recurrent shifts among patients/elderly people from being taken care of to having aspirations or practicing autonomy (Singleton, Wackers, Aune, Lassen).

As much as the objects of shifts varied, the actors doing the shifts did not. Guidelines and policies (Singleton, Wackers, Markussen, Jerak- Zuiderent, Zuiderent-Jerak, Lawaetz, Wimmelmann), including legal regulations (Pfersdorf, Gellert et al.), were the actors mentioned most often. Handbooks and technologies (Niezen, Lucivero, Broderson, Lindegaard) were also considered to enact shifts.

Often, the shifts presented in the papers carried a critical argument. The criticism was directed to policies and discourses, employed regulations, guidelines and big claims. Sometimes the shifts were accompanied by suggestions on what to do differently to act in a more effective way. Rarely, the shifts were the stars of the presentation, as the shifts contained all kinds of values and criticism, actors, and socio-material arrangements, which were analysed and discussed in more detail. Rather than highlighting the shifts, they were described as situated processes or results of different actors coming together, acting in a particular way.

The speakers at the Toruń conferences enacted shifts with specific features. Some of them are listed below:

– Being attributed to a vast amount of objects
– Being enacted by guidelines, policies, legal regulations, handbooks, technologies
– Carrying and/or containing criticism, actors, values, and sociomaterial arrangements
– Being a continuous process or a stabilized result of practices observed in specific empirical fields
– Appearing sometimes as more than one, but less than many, and at other times as singularized

I definitely do not claim that my situating of shifts is a representation of the conference reality. Rather I chose and defined the shifts, their enactors and characteristics according to my interpretation of the conference reality, in order to describe knowledge as enacted. Other ways of analysing the described presentations would have been possible. I was also fascinated by the discussions of the methodological issues and by the ontological politics of the presented papers. For the purpose of this paper, however, I have decided to write about the situated enactments of shifts at the biannual EASST conference in Toruń, Poland. I am grateful that I had the chance for both attending and reflecting on the conference and I want to express my gratitude to the EASST who made this possible by organizing the conference and by providing funding for the conference fee. Thank you. 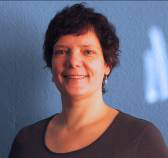 After working for thirteen years as a physiotherapist, Josefine Raasch studied Social Anthropology and Education at Humboldt University Berlin, Germany. She then moved to Melbourne, Australia, to complete a Ph.D. in Science and Technology Studies in 2013. In her current post-doc research fellow position she investigates how different professions document children and what results from that.