‘Prototyping Intervention!’ was a two-day workshop devoted to a collective exploration of intervention as a form of research. The workshop was organized by Judith Igelsboeck and Laura Zoelzer as part of the post/doc lab engineering responsibility of the Munich Center for Technology in Society (MCTS) at the Technical University of Munich. Researchers, designers, and artists met to probe and discuss different takes on intervention, and interrogate potential relations between intervention and investigation. Become witness of an exchange of letters between the organizers of the workshop two months after it took place!

_yesterday I went back to October 24th  – mentally … for now – to when we met with 30 other people who were curious to explore what exactly Prototyping Intervention! could mean. All just because I found this residue of our workshop at „Import Export“ the venue of the first workshop day.

Today, 2 months later, I am still thinking about those intense two days, realizing, how much they influenced the way I ponder on various kinds of research methods. Well, probably I am most definitely late to the party, considering I only started my ‘academic career’ in my early 30s.

But you know how, after ten years of working in theatre and performing arts, I have been thinking and wondering about how those performative skills, once combined with social sciences practices, could become a methodological superpower and therefore something that I would call an Intervention!

How lucky, we invited Friedrich Kirschner, a theatre director and software developer from HfS Ernst Busch, who re-purposes video-game structures and technology to create participatory performances. I still remember how highly discussed his intervention was, when he played rock_paper_scissors with one of the attendees and let everyone bet on the outcome. What happened between all present, was an immediate evaluation process of the degree of discomfort.The urge to not look silly was just as perceptible as the drive to be ahead of the situation. It was so incredibly interesting to observe, not quite as covertly, how the Designers and STS researchers’ reacted to his explanations, as he spoke of ‘situated drama’ as an alternative setting for theatrical storytelling through which people actively negotiate the complexity of contemporary societies and deal with the fabrication of civil agency. For me it was rather special because, there he was, someone from this old habitat I once knew so well, suggesting and proposing practices that left the people from the academic world, I was hoping to become a part of, quite flabbergasted.

It only then occurred to me that my ambitious plan of creating an arts and science hybrid would firstly have to allow the very distinct and different incorporated logics of both of these systems, to tenderly approach each other, respectively observe each other just well enough, to maybe find a way of decoding the opposite operations.

During Friedrich’s Keynote, there were several questions concerning the ethicality of methods and various worries about the responsibilities that come with the irritations of artistic interventions. In response he asked: „What would these responsibilities be and do we really have to deal with them?“ – Isn’t it the participants own responsibility to lose or halt themselves in the artist’s created space of make-believe? And could this, in parts, be applicable to a scientist’s laboratory in which she tries to create (virtual) realities through ways of intervening? What could this mean for the researchers identities, referring to them as the main survey instrument. Maybe the scripts of actions could be rewritten, methods could be recombined and traces reassociated. Could we allow ourselves the audacity to lose ourselves in the anarchy of irritations and withstand the urge to stay safe and distant in methods and structures?

At the end of day 2, when we all got together to recollect the past two days, we concluded on some new characters we met along the way of Prototyping Intervention! We crossed paths with the “well-trained ape“, the “insider“, maybe remained “outsiders“, offered ourselves as “smugglers”, performed like “parasites”, and most likely sounded like “paradoxists”. My little performative heart raced during Angus Cameron’s talk on ‘imaginary economics’ – the decade-long project ‘Headless’ created by Swedish artists goldin + senneby. He performed from two perspectives: as an international spokesperson of the project and as an academic commentator who sees  all economics as imaginary. In his Talk, he demonstrated how much the academic world relies on and only accepts realities that have already been validated and are linearly and causally in the right course of action.

Next time instead of booklets let us sew patches that carry some of his catchphrases. Because I agree: “Paradoxy is power“ and “Chaos is desired“. Just remember the quote from “Principia Discordia”, the little pamphlet I sent you the other day :).

“Seek the Sacred Chao – therein you will find the foolishness of all ORDER/DISORDER. They are the same!” (Wilson 1994)

When shall we meet again?

_thank you for your letter and for sharing this picture. It instantly sparked nostalgic feelings in me. Just this very week another workshop participant wrote a mail too. Xaroula Kerasidou says that she was still thinking about what she identifies as a sort of “STS awakening“ revolving along the lines of an “interventionist turn“ or “action-oriented STS“. How is this related to an anxiety to be demonstrably useful and impactful, she asks. And how might it be related to a desire to just “do something practical“?

Funnily, this somehow seems to feed into Peggy Phelan’s suggestion that “a new social, psychic, and political relationship of making itself“ (Phelan,1997:4) can be observed. Going back to the sexual revolution, she suggests that “the making in „making love“ marks an allegiance to nothing more and nothing less than the force of the desire to make something in the present tense.“ (ibid.) Is it this? Do we wish to make something in the present tense? Does the way we have come to perform STS research not feel alive enough to us?

Back then in the workshop we certainly avoided to start with a tightly pre-defined concept of “intervention“ because we wanted to see who actually would feel attached to the call for “prototyping intervention!“ As you know, it made me happy to see social scientists, designers, engineers, and artists (and not only ‘STS people’) responding to the call, and to see a great diversity of methods and approaches being represented. It was a pleasure to have Teun Zuiderent at the workshop and learn how he takes up some of Kurt Lewin’s spirit to set aside potential boundaries between knowing and acting, and showing that intervening in practices and developing a scholarly understanding of them are not mutually exclusive. His idea of “prototyping intervention“ varies considerably from Denisa Kera’s – a “science artisan“ who uses the design method of prototyping to perform material media archeology into the origins of our concept of innovation and future. This diversity makes it hard for me to pin down “intervention“ as a specific method, as one mode of knowing. Many workshop participants seem to share the idea that an “interventionist turn“ means cutting across the dichotomies of representing and intervening, theory and practice, thinking and acting, fact and fiction, basic and applied research, or knowing and experiencing. But I catch myself falling back to these categories. Sometimes I feel that I have to (e.g. when applying for funding). Sometimes it just happens, accidentally on the way.

In the meantime, there is some interesting boundary work underway. In the latest EASST Review, Ignacio Farías proposes to make a differentiation between “invention“ and “intervention“. As examples for “inventive engagements in STS“, he names the composition of songs, the programming of bots, the writing of scripts, or the curating of exhibitions. He stresses that these engagements were often misunderstood as science communication exercises or alternative ways of making things public – as ways of intervening in public controversies. I fully agree that this implies “underestimating both, the capacities of the public to engage with standardized forms of knowledge and, most problematically, the role of inventive engagements as a research method.“ (Farías 2017) So, Ignacio Farías points out that intervention and invention are not necessarily sharing the same aims. What do you think about this, Laura? Do you think we should have called the workshop “prototyping invention“ instead? Certainly, many of the “interventions“ presented at the workshop qualify as “inventive engagements“ – attempted to bring forth new realities by challenging the boundaries of facts and fiction in speculative and experimental ways rather than aiming to perform political interventions in public affairs in the first place.

What I like about both inventive and/or interventive engagements I have learned to know by now, is their modesty in regard to epistemic authority and control. Be it the intention not to impose normative goals onto a field (Zuiderent-Jerak), or the reminder that we cannot “consider ourselves authorized to believe we possess the meaning of what we know“, as Wilkie and coauthors (2017) import from Stengers (2005) in their guide to “speculative research“.

But such modesties are hard to live, aren’t they? During the workshop there was more than one occasion in which we tried to smuggle ‘STS-truths’ into other worlds. At the same time, designers and artists reminded us that STS researchers were often performing rather poorly when curating exhibitions, writing codes or scripts etc. “They could ask for help, we’ve also made some progress during the last 20 years,“ they would say.

For me, “prototyping intervention!“ was more than a collection of new methods or ways of performing research anyways. For me it is a way of reclaiming “scientific freedom“ in the midst of all the pressures to fulfill career scripts and trying to be a “good researcher“; a way of reconsidering what we are doing when we are performing research, and what we are doing research for. I caught myself looking up my h-index on google scholar during work lately. For no reason. Can you believe this?

So, I am really grateful for Friedrich Kirschner’s reminder that researchers are actors who are acting. To a considerable extent, we make the academic world in which we live. In this spirit, the best personal workshop moment was in the wrap-up session. Listening to the feedback and comments suggesting that this workshop might not have been “inventive“ enough, I suddenly found myself speculating about a future meeting in which fictional STS researchers from fictional places with fictional positions and fictional affiliations apply to discuss their fictional work or work together on a fictional project – a congress of social science fiction. Would you like to participate in such a congress? In any case, we should meet at the next EASST conference! Check out these panels 😉 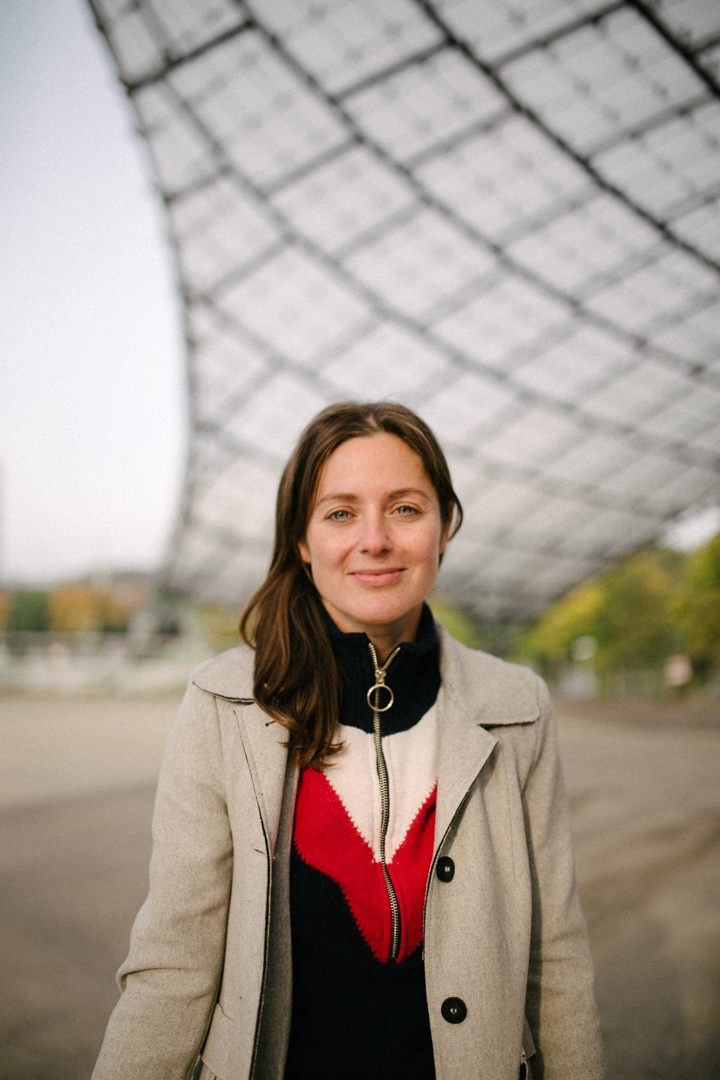 Judith Igelsböck _Studied sociology and science and technology studies at the University of Vienna. She is a postdoctoral researcher in the Post/Doc Labs ‘Reorganizing Industries’ and ‘Engineering Responsiblity’ at the Munich Center for Technology in Society (MCTS) of the Technical University of Munich (TUM). Judith finds herself on a continuous search for ways of reimagining what it means to be a social scientist. Her latest obsession is the exploitation of participatory theatre, performative arts, and fiction in industrial innovation research. 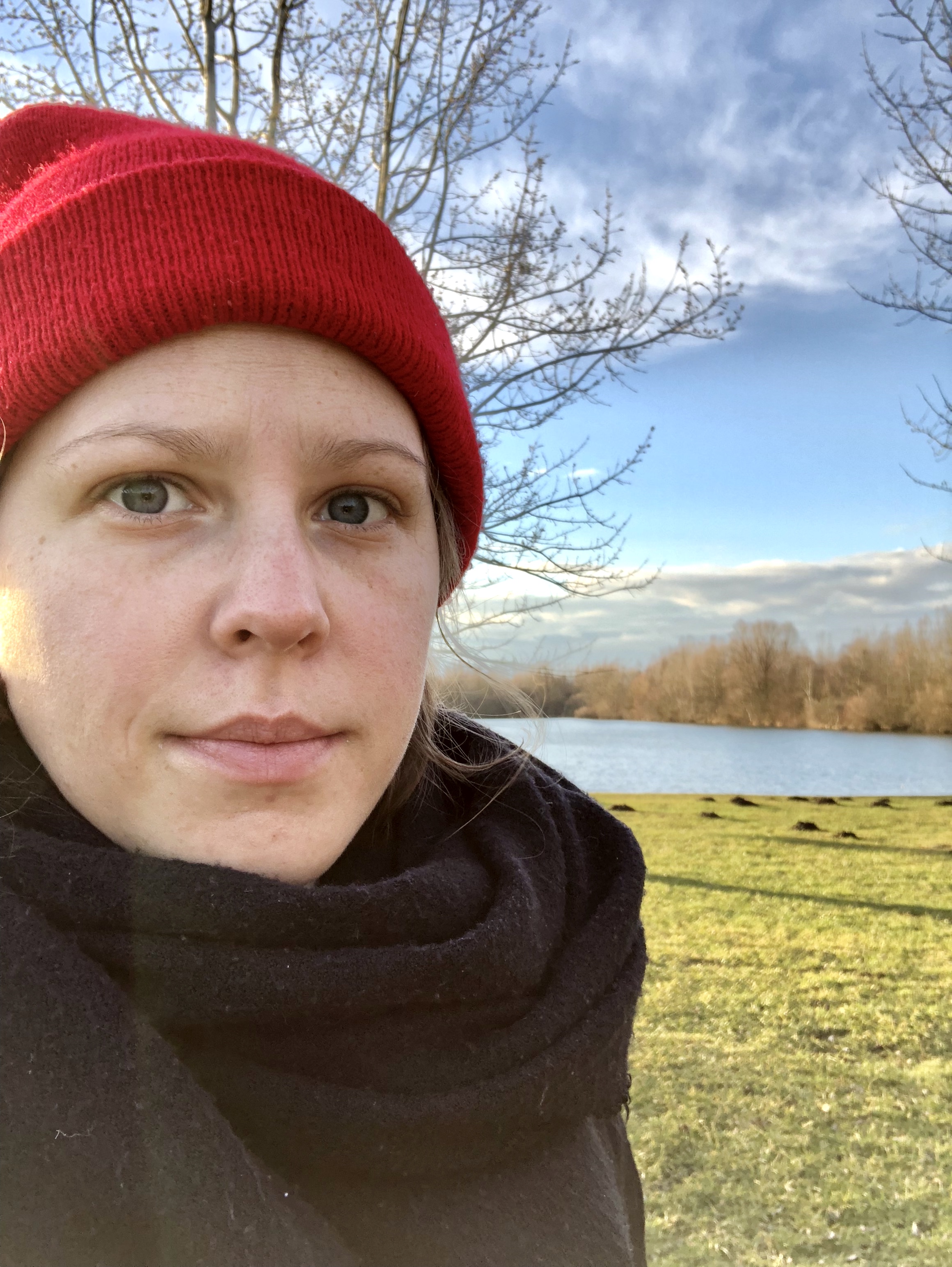 Laura Zoelzer_During her time working in theatre and performing arts, Laura developed an unruly curiosity for how it could be possible to transform utopias into realities. She then started to study Sociology and Philosophy and stopped wondering. Her academic interest focuses on qualitative research as well as the combination of performative theories and political activism. She works as a research assistant at the Department of Sociology at the Ludwig-Maximilians-University Munich.