The mission of the Policy Analysis and Studies of Technology center (PAST-C) is to contribute to the development of the Science & Technology Studies (STS) in Russia as a research field and educational discipline. The main focus of the PAST-C research agenda is the study of technology in the context of non-Western countries, mainly in Russia, with the aim of making a contribution to global discussions.

The team’s chief objective is to establish PAST as the single most important ground for various activities related to social studies and policy analysis of technological change in Russia and in this way to contribute to a consolidation of research, to an effective communication of its results to a broader public, and to setting up educational standards in this field, rather novel for Russia.

Relying on the already established institutional resources and its network of domestic and international partners, and institutions, the PAST team constitutes one of few key hubs that carry out and coordinate the social studies and policy analysis of technological change in the country. A challenge for us results from the still marginal position of Russian social researches in S&T policy and the field of STS is just making the very first steps in its development.

PAST-C opened in 2012 with financial support from Higher Educational Support Program, Open Society Institute, as a part of collaborative project of European University at St.Petersburg (EUSP). The aim of the Project initiated by EUSP was to create sustainable pockets of growth in the new fields of social sciences in a number of regional universities in Russia. Now we are moving from the concept of regionally localized center to the idea of becoming a bridge connecting different disciplines, territories and institutions; science and education; researchers, practitioners and policy-makers. Initiated as a small local center at one of the oldest regional universities in the country, we have rapidly become an institutional landmark in the STS field in Russia. At the next stage our goal is to make more prominent contributions to global STS, producing, in particular, new knowledge on how politics works in science and technology innovation in non-Western countries.

Scientists in STS have long been interested in policy issues. Much work has been done by them on issues of democracy, its relationship with technoscience, accountability and public participation in the governance of innovation in rapidly transforming contexts. Many such studies have observed a reduction of nation-state centralized governance of science and innovation processes, while pointing to decentralized networks and power assemblages in the field of S&T governance (Jasanoff, 2004; Irwin, 2008). This growing attention to the processes of governance occurring outside of the official governments and nation states has contributed to a more reflexive understanding of the organization of innovation management and knowledge models inscribed in it. However, despite such meticulously implemented studies of democratic tendencies in technoscience development, the existence of other, non-democratic methods of governance and government signals the need for attention to differences within and between countries and their organization of innovation (for example, Rajan, 2005). While empirical work on politics and science and technology, as well as innovation, has been mostly focused on established liberal democracies of the West, the main focus of PAST-C research agenda is on how and by whom decisions on S&T policy are being made, represented and ‘framed’, what kinds of assumptions operate within these processes, how choices are being legitimised and stakes negotiated in various kinds of societies. Within this frame, PAST-C faculty works on different spheres:

1) Medical innovations beyond the West

Since 2015 we have been working with colleagues from Maastricht University on a collective monograph about politics and medical innovations in non-Western world (Zvonareva, Horstman, Popova). What types of power and conflict are dealt with in various societies beyond the Western high-income world, including those with transitional and hybrid political regimes without long established democratic traditions and institutions? What kinds of responses to the politicisation of (bio)medical science and technology are being constructed and institutionalised?

2) Innovation and Technology in non-Western world

We are also interested in studying the varying political features in different technology fields. Our research projects focusing on non-Western innovation system investigate, first, how Russian top-down innovation policy enforce close positions between academic and industrial partners, a development that is often discussed as ‘coerced innovation’ and, second, how the available technological equipment and how different human agents shape such innovation systems (Bychkova, Popova, Chernysh 2015; Popova 2015).

We are also conducting a 4-years project on academic journals as organizations. It studies how the dependence on professional, commercial and state resources influences journal’s organizational behavior in Russian sociology (e.g. the choice between networks and open peer review as different forms of governance) (Guba 2015).

Another direction of research is devoted to the issue of inclusion of marginalized groups of society in innovation system, i.e. informal innovation, problems with their recognition, institutionalization, and diffusion. The research has focused on India and Russia. This educed new challenges to inclusion connected with the specifics of each policy regime (Ustyuzhantseva O., 2015). Networking with scholars from China, Africa, India and Brazil allows extending this agenda for BRICS.

Another research field concerns end-user interactions with urban infrastructure in post-communist context. One research project on smart utility meters draws attention to the ways in which end-users of smart technologies in centralized city infrastructures can undermine the proposed policy tasks of ‘commodification’ of public utilities, i.e. transformation of these quasi-public goods into economic goods (Bychkova, Popova, 2016; Bychkova, Popova, 2011).

A related research focus lies at the intersection of STS (particularly ANT) and mobilities studies (Kuznetsov, 2015). The project City, Transport Mediation, Social Justice studies the practices of mundane critiques and justification within sociotechnical assemblage of marshrutkas (Russian type of collective taxis) (Kuznetsov, In print). Recently we launched new two-year collective project aimed at sociotechnical analysis of the consequences of public transport infrastructure transformation in the preparation to the World Cup 2018 that will be held in Volgograd in 2018.

We collaborate on issues of science and technology policy with the Center for STS and Center for Governance and Public Policy of the European University at St. Petersburg. In field of technology assessment we have approached the Institute for Technology Assessment and Systems Analysis, Karlsruhe Institute of Technology, and the Perm Polytechnic University in the Urals (see: https://www.itas.kit.edu/english/2015_043.php). The main idea was to make pilot research on the topic of TA in non-western world. Two workshops devoted to grassroots innovation and public policy for inclusive innovation development were hold together with member of Science Policy Research Unit of Sussex University. Together with the School of Social Science of Jawaharlal Nehru University, PAST-C is currently exploring the possibility of implementing some of their courses for the Master Program being developed by PAST-C.

Aiming at consolidation of Russian research and educational community in fields of STS and related disciplines, PAST-C hold conferences with participation of leading researchers and most importantly we began an audit of interested parties in Russia (Popova, Simakova, 2013). Two conferences on «Social Studies and Medical Innovations” in Tomsk (O.Zvonareva, O. Melnikova 2014 and 2015) were held in collaboration with Department “Health, Ethic and Society”, Maastricht University (HES). The conferences resulted in establishing links and cooperation with the Siberian Medical University, the NGO Academy of Evidence-based Medicine, as well as technological companies in the field of health.

Summer Schools were hold to attract the attention of Russian young researchers to STS, focusing on “STS for Seven Days” (2013) and on “STS and Urban Studies” (2015). This year we prepared the summer school “Science as a form of life: Watching heterogeneous communities in the ‘field’” in collaboration with Laboratory for Social and Anthropological Research (TSU), Centre of Excellence ‘Bio-Clim-Land’, Scientific Research Institute of Biology and Biophysics (TSU) and Plovdiv University. The school aims to train young scholars in applying new theoretical approaches in the anthropology of science, with the process of researching being conceptualized as a heterogeneous community inhabited by different types of agencies (actors) – human, non-human (domestic and wild natural beings), artifacts, and other technical facilities, which are included in various forms of association and cohabitation. It will explore the world of scientists that work at biogeochemical laboratories and will study their methods of remote environmental monitoring through in-city participant observations.

In 2015 PAST-C began developing master program “Innovation and Society: Science, Technology, Medicine”. One of the program’s areas is dedicated to medical innovation and is held in collaboration with Maastricht University and the Siberian Medical University a collaboration that received a grant from the European Commission Erasmus+ (see: http://www.maastrichtuniversity.nl/web/Main/Sitewide/News1/InternationalConsortiumLedByUMReceivesEUfundingOf865.000Euro.htm)

It is also important that following the spirit of STS of fostering a dialogue between and beyond disciplines, the Center also aims to work as a part of civil society. While contemporary Russian policy-makers generally are not open for dialogue with NGO and other non-political groups, PAST-C seeks to attract the attention of general public, politicians, administration, etc. to policy issues in the sphere of science and innovation. PAST-C events seek to secure the dialogue between the different groups involved, concerned and affected.

This project has been funded with support from the European Commission. This publication reflects the views only of the author, and the Commission cannot be held responsible for any use which may be made of the information contained therein.

Jasanoff S. 2004. The Idiom of Co-production.” In States of Knowledge: The Co-production of Science and the Social Order. London: Routledge.

Jasanoff S. 2004. The Idiom of Co-production.” In States of Knowledge: The Co-production of Science and the Social Order. London: Routledge. 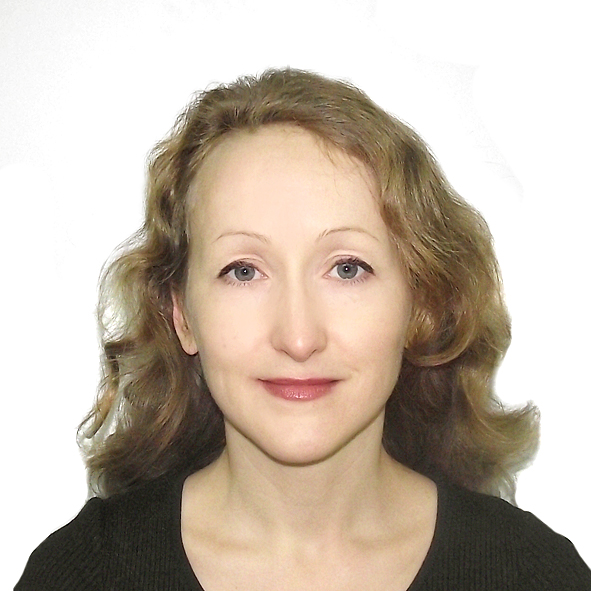 Evgeniya Popova, PhD, Director of Research Centre for Policy Analysis and Studies for Technology, Associate Professor in the Department of Political Science, Tomsk State National Research University. She graduated from European University at St. Petersburg and defended her dissertation in political science (Moscow, Moscow State Institute of International Relations) in 2003. She received training at the University of Michigan (Ann Arbor, Center for Political Studies, 2008-2009) and the London School of Economics and Political Science (2000). She has participated and led research projects supported by the Federal Target Program "Kadry" of the Russian Federation, the Fund of Infrastructure and Educational Programs at OJSC RUSNANO, Russian Venture Company, Interregional Studies in the Social Sciences (MION), the Academy of Finland, ACLS, and Carnegie Foundations. She authored the book The Material Environment and the Reform Policy of the Urban Economy in Contemporary Russia (2010) and numerous articles in different scientific journals. Her two monographs won the Russian Political Science Association competition in 2011 and 2007.