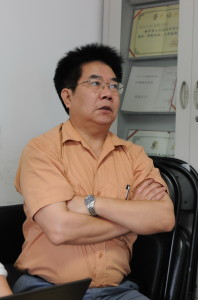 Prof ZENG Guo-Ping, one of the key Chinese scholars in the field of Science and Technology Studies (STS) field, passed away suddenly on 8 July 2015 when he was carrying out a field study in China. He was director of the Institute of Science, Technology and Society, at Tsinghua University. Since 2001 he was Vice-President of the Chinese Society of Studies in Science of Science and Policy of Science & Technology and Vice General Editor of the leading Chinese STS journal Studies in Science of Science. He contributed to the systematic introduction of STS into China, and nurturing of young academics in the field. He worked closely with STS scholars in the University of Edinburgh, Technical University of Munich, Penn State University, USA, the University of Tokyo and The University of Victoria, B.C., Canada, to establish a long-term cooperation between Chinese STS and STS networks in the world.

Prof. Zeng was born in 1953 and raised in Yinjiang, a less-developed town in western China. He taught himself to pass the first college entrance examination in 1977 after the Cultural Revolution, got his first degree in 1979, and taught at a middle school in his hometown. His hunger for knowledge however, pushed him to study harder and pursue a larger stage. Finally, he obtained a Master in Philosophy degree in 1986 at Beijing Normal University, since when he worked as a university lecturer ever since. In May 1994, he was invited to work for Tsinghua University, and chaired its Institute of Science, Technology and Society from 1995 to 2010. A gifted teacher, he educated his students enthusiastically and trained many STS scholars and practitioners all over the world. Many of the Ph.D. and master students under his supervision, won honours including China National Scholarship and Tsinghua Excellent Dissertation. His scientific work was characterized by his broad horizon and insightful perspectives.

He published several books, “A Self-Organized View of Nature”, “Studies on Chinese Innovation System: Technology, Institution and Knowledge” (with Prof. Li Zhengfeng). For this and many other pieces he was awarded the Beijing Outstanding Social Sciences Publication Prize. The novel concepts he developed, such as “Philosophy of Industry” and “Science for Lives”, continue to receive attention in academia. His recent research included a study of Basic Science in China for the China National Science Foundation and various studies on science communication. His international reputation in STS scholar revolved around his sustained efforts to bridge the Chinese STS community to counterparts in other parts of the world. This included helping establish the East Asian Science, Technology and Society network and securing the first European research (EU FP7) funding for social sciences in Tsinghua with his international colleagues.

Prof. Robin Williams at the ISSTI, University of Edinburgh said, „ZENG Guo Ping worked tirelessly to overcome disciplinary and institutional barriers and build scholarship and collaboration in the area of science and technology studies across China and with the international research community. We are very sorry for the loss of such a great mentor, friend and scholar.“