In a span of three days of AusSTS interdisciplinary workshop in Melbourne researchers at their beginning of academic careers were invited to attend multiple keynote lectures, panel sessions, workshops, film screening and a creative challenge. The conference brought together doctoral candidates and early careers researchers from Australia and New Zealand to create a platform for STS infused debates and thinking. Consequently, the conference provided a space for fostering inter-institutional relations and collaboration ultimately shaping a strong Austrolasian STS community.

When receiving the call for papers, I remember being rather puzzled by the format of papers proposed by the organizers – five minutes presentations followed by approximately forty minutes of conversation with panellists. I was actually worried what can be delivered in just 5 minutes! However, in practice, I was pleasantly surprised that this quite innovative framework worked out very interestingly indeed. Presenters swiftly rose to the call for short, more provocative and bold papers as an alternative to analytical and descriptive presentations. Hence, all twelve sessions were fuelled by affective, lively debates and brainstorming instead of a mere reporting from the research fields.  Session themes such as narrative, evidence, care, binary, code or elemental also embodied minimalistic yet dynamic flow of the event. There were two vital common threads reiterated throughout all panels: 1) the role and position of STS research in contemporary academia and beyond, 2) the ways and means of working and thinking with STS concepts. Therefore, in contrast to what Steve Fuller claims STS community summoned in Melbourne demonstrated how scientists could walk the walk and be “socially and materially bound to the outcomes of policy decisions taken on the basis of their advice“(Fuller, 2017).

The keynote presentations have also exemplified the input of critical lens of STS into the rigid academic and social concepts. Cordelia’s Fine ‘50 Shades of Grey Matter’ keynote lecture accentuated the themes underlying the workshop: political engagement through one’s own work. Fine demonstrated how social sciencists can engage with lifelong critical debates in STEM: in this case the discussion addressed neuro-sexism. However, Fine has not been holding back on her critical unpacking of neuroscientific research. And even though she would not describe herself as an STS-r, there were many visible overlaps between her approach and STS feminist technoscience work.

The second keynote ‘Transgenerational Politics, Solidarity and Justice-to-Come’ facilitated a discussion between Prof. Jack Halberstam and Dr J.R. Latham. Issues of queer and trans visibility and politics were put in current socio-political practices in the United States and Australia. Particularly the ‘Ockham’s razor’ moment stood out when Latham argued that neither the LGBTQIA+ community nor society in general need sophisticated policies to address trans inclusion in arenas such as sport. In his words, “Trans people don’t need 300 page policy documents, we just need to let people live their gender the way they want to.” Once again, we could witness a direct political intervention afforded by the AusSTS space.

Similarly, all four organized workshops addressed the problems of public, political and ethical engagement of academic research. The first workshop on ‘Podcasting’ brought up questions and experiences about various aspects of podcasting in the academic contexts. We could exchange experiences with this form of cooperation and coproduction. More importantly, a fair amount of time had been given to – what STS appreciates most – invisible work behind the final results. So, a quick training on editing and sound engineering unearthed how much actual time of production is needed for an one hour long podcast; subsequently, we could also see how project management skills are needed in order to run a successful podcast series; last but not least, an accent has been put on self-promotion because – as it turns out – social media engagement is crucial in building up an audience.

Secondly, workshop ‘Studying up, down, slow and fast’ directly linked to the practices of working within various spaces and domains, from energy transition through nanomedicine to opioid crisis. The first part of the workshop was focused on unpacking what actually, in daily practices ‘slow, down and fast’ might entail. Additionally, the discussion on “slow science” and its practical implementation working in energy field (Declan Kuch) and hepatitis C elimination policy (Kari Lancaster) was ignited. Divided up into three groups, each attempted to put this metaphor in use within the institutional context. The second part consisted of working on specific cases where STS framework was to be applied to inform new policies. Especially interesting was discussion on addressing the methamphetamine crisis in Australia. Employing the notion of ‘re-problematisation’ (Bacchi, 2018; Lancaster et al., 2017) participants proposed how shifting the focus from ‘ice’ itself to, for instance, the  redefinition of categories of addiction or drug consumption could potentially help reducing methamphetamine intake. In short, it was clear how an STS lens, when put in practice, can change the optics of locating problems in contemporary ongoing and pressing public debates.

The Melbourne Museum Creative Challenge was set as a creative conclusion of the conference placed in Melbourne Museum where participants were introduced to the current ongoing exhibitions to later face a specific creative task. For me, the most striking in all museum’s exhibitions was the newly open “Gut Feelings” exhibition. In a nutshell, it illustrates the very recent idea that our mind and microbes are intimately related and that our microbiome landscapes may heavily influence our mental health and wellbeing. The perfect timing of the exhibition is even more vivid given that Medical Museum in Copenhagen, Denmark curates “Mind the Gut” exhibition! Both are a perfect ways to disseminate the STS research outside of academia and trigger questions about medical knowledges, guts, bowels, culture, identity, mental well-being and microbes. In Melbourne, however, it is also possible to voluntarily participate by leaving a trace of one’s saliva which would reveal microbiome landscape of it. The results of a creative challenge materialised in a provocations to re-image and re-interpret objects within the museum. Working in teams, we presented innovative and creative ideas about potential future exhibitions that invoked and elucidated thinking across disciplines and standard curator practices.

The conference brought together doctoral candidates and early careers researchers from Australia and New Zealand to create a platform for STS infused debates and thinking. However, along the way (Law, 2009), it very clearly transpired that AusSTS endorses very strong political engagement. Virtually all panel discussions, workshops and group collaboration accentuated the pressing need to switch from thinking, working, researching on to thinking, working, researching with. To make STS informed interventions locally situated and locally sensitive (Zuiderent-Jerak, 2015). Hence, given STS vast and broad interdisciplinary reach, the situatedness could penetrate academia. There was no ‘full stop’ after the well-known slogan: it could be otherwise. The workshops – across all three days – demonstrated how it could and how it will be otherwise.

Thank you to the organising team, led by Thao Phan (Deakin University) that put together this fantastic event:

You can find the final program of the AusSTS2019 interdisciplinary workshop here.

Full album with high resolution images of the event is available here. 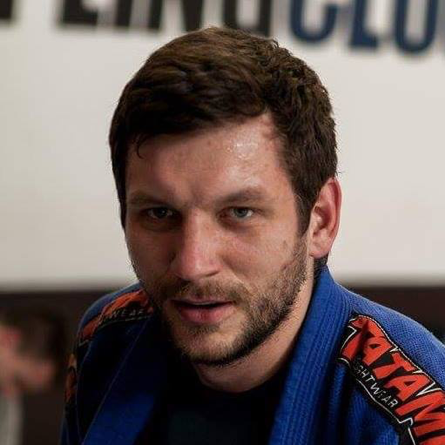 Piotr Maron is a doctorate candidate at Centre for Social Research in Health, University of New South Wales, Sydney, Australia. His research concerns policies and standardizations of male eating disorders. Thinking with ontopolitics he is interested in addressing the question: how are male eating disorders becoming and being done in contemporary health care.