Our workshop “Sociology and New Materialisms” was motivated by two interests: one genealogical, one experimental. The former interest arose from the assessment that the general discussion about new materialisms entered an intellectual climate where, at least in some disciplines, materiality was already a well-discussed matter of concern. We were therefore less interested in the fact that new materialisms put ‘matter’ on the table than we were in how authors from a variety of fields such as  Karen Barad (2007), Jane Bennett (2010), Andrew Barry (2001), Rosi Braidotti (2013), Bruce Braun (Braun/Whatmore 2010), William Connolly (2013) and others have raised the question of materiality differently. We wanted to think about the dis/continuities which are marked by neo-materialist contributions with regard to the broader debate on materiality in the social sciences. Our experimental interest derived from a desire to shift the debate on new materialisms away from a handful of well-established theoretical concerns. We therefore asked our participants to employ neo-materialist ideas and concepts to let them prove themselves vis-à-vis empirical field research.

One re-occurring insight throughout the workshop was that there is no easy answer to the question whether new materialisms are really new or even what they are precisely. The materialist challenge cannot be dissolved into exclusively conceptual answers. We found frictions through theoretical debates and empirical cases, we saw cracks in theories and methodologies, and we experienced the limits of our linguistic capability to express material ontologies and entanglements. The workshop left us with at least five problematizations which mark possible paths for further inquiry, research, and experimentation.

A first problematization points to the question of how we can capture the material conditions of possibility, which are embedded in and constitutive of apparatuses. This challenge aims at a neo-materialist description of society which, on the one hand, goes beyond the anthropocentrism of classical approaches (e.g. Marxism) and, on the other hand, avoids focusing local phenomena.

Here, Sascha Dickel diagnosed an incompatibility between neo-materialist approaches and theories of society. Whereas materialist approaches focus on the social as a local materialization, theories of society stress its articulation in immaterial relations between people. Dickel then showed how digital devices such as the smartphone escape both of these analytical lenses because they constitute relations and collectives through mediation of the material and the immaterial. Therefore, if one wants to grasp the apparative im/materiality of digitalized society, neo-materialist thought should seek to make a difference in the development of both a theory of society and critical social theory.

One take on this problem is the concept of the apparatus, which was addressed in Thomas Lemke’s paper. He developed the notion of apparatuses of government drawing on Foucault’s concept of governmentality and neo-materialist approaches of apparatuses, especially the approach of Karen Barad. He argued that this kind of synthesis properly takes into account the performativity as well as the constitutive entanglements of subjects and objects and opens up new forms of critical engagement: a neo-materialist inspired critique for him is an experimental critique of mapping what is and what might be possible. Hannah Fitsch also used Karen Barad’s notion of the apparatus to analyze and problematize the materiality of computed pictures. She stated a re-materialization of digital images in which actors neglect the implicit and presupposed inscription of gender differences: These are incorporated into the very materiality of the apparatus. While she sees the notion of the apparatus as an important tool for the feminist critique of science she also challenged a neo-materialist critique that merely maps apparative conditions of materialization. She raised the question how such a project might profit from other critical projects such as Critical Theory.

In a second problematization the inquiry into the apparative function of materialities was confronted with the question of how materiality has destabilizing effects in socio-material settings. Benjamin Lipp showed how empirical research on social robotics might be guided by neo-materialist thought. Drawing on Simondon’s philosophy of technology and Karen Barad’s notion of intraaction he developed an ‘analytics of interfacings’. In conceptualizing interfacing as a process of rendering things in/disposable for one another he argued for a neo-materialist perspective on the techno-material conditions of social robotics. Here, Lipp described how in the course of human-robot interaction materialities have destabilizing effects, which exceed accounts of materiality as stabilizing social order (e.g. Latour’s hotel key). Especially in the course of human/robot interfacings the ’eventful’ character of materialities comes to the fore.

Drawing on Karen Barad’s agential realism Athanasios Karafillidis problematized implicit presumptions of human/technology differences in projects of prosthesis. In scientific research practice, he argued, the first agential cut between human and technology is usually always already made. Here the very practical problem lies in the challenge how neo-materialist accounts of intra-actions as material-discursive events can help to infuse alternative differences into the development of assistive technology. Going beyond cybernetics (but also pointing out convergences of cybernetics and new materialisms), Karafillidis proposed to begin observations and analyses with relatively indeterminate phenomena: importantly for the sociology of technology, organic-mechanic couplings in the case of prosthetics emerge through processes that dis/enable users. Processes of boundary drawing are not only stabilizing processes and neither are prostheses simply stabilizing or enabling devices to begin with. Thus neo-materialist concepts might inspire to account for these ambivalent processes of technologies such as prosthesis.

Many contributors pointed out the multiplicity of emergent materialities and ontologies. Jan-Hendrick Passoth whose paper engaged with the materiality of digitalization suggested that the politics of digitalization would have to deal with their multiple ontologies and their implied politics. He distinguished between three forms of materiality with regard to digital processes: hardware, software and runtime. Where the first materiality lies in the installation and maintenance of physical systems, the second can be found in the resisting materiality of software codes, e.g. in the case of updates. As a third type of materiality Passoth conceptualized ‘runtime’ as practices and apparatuses of prototyping, testing and evaluation. While these material enactments certainly intersect with each other empirically they also engender different versions of the political. In a similar vein, Sabine Maasen focused on multiple materialities with regard to the (re-)construction of selves through neuro-objects. Here, Maasen employed an analytics of milieus of subjectification in which neurofied subjectivities are co-produced through neuro-technologies such as neuro-feedback and brain-computer interfaces. The manifold materializations of neuro-selves enforce a thorough work of synchronization in which identity needs to be reconstructed and refitted again and again through divergent material circumstances.

In an ethnomethodological critique of materialist thought, Thomas Scheffer showed how multiple materialities emerge in actu. He argued that materialist thought all too often draws overarching ontologies without attuning its vocabulary to the situated character of material events. In order to be able to empirically see emerging materialities one would have to abstain from the ascription of absolute characteristics to matter. Matter is not. Rather matters exist.

Departing from the multiplicity of materialities, in another problematization participants argued that materiality does not only exist, it also withdraws, fades and becomes fractious. In other words: To not take an agentive or vital account of materiality for granted but conceptualize its capacities one would also have to focus materiality from the side of its disappearance. For example, Ignacio Farías and Laurie Waller showed how certain phenomena are not adequately described in terms of multiple ontological enactments – especially if one takes into account the withdrawnness of objects (Harman). Taking noise as an example, they argued that this is an object of non-tology. In this sense they radicalize the theorizing of ‘withdrawnness’, because they see withdrawn materialities not as a relational effect but rather as indifferent materiality, which provokes speculative practices attaching noise to things. In a similar spirit, Andreas Folkers employed Heidegger’s account of ‘Gestell’ to think about renewable energy infrastructures. Problematizing phantasies of infinite resources, he focused the withdrawing materiality of wind and its consequences for the management of energy supply. Consequently, he argued that the withdrawnness of objects and matter cannot be grasped through the question of what withdraws but rather how the withdrawnness is rendered visible and/or problematized.

The withdrawnness of materialities points to another important concern. Emphasizing the fractious and also multiple character of materialities points to their contestation and the fact that particular materializations might stand in conflict with others. To address this contested and competing character of different materializations Andreas Folkers developed the notion of an onto-topology, an analytics of competing and co-existing ontologies. He showed that ontologies in recent debates are either conceptualized as too flat merely repackaging common constructivism with an ontological vocabulary or too deep analyzing historical formations as totalities that can be contrasted. In order to avoid both of these versions, he argued with Foucault and Heidegger for an onto-topology, that is, an analytical perspective that tries to analyze specific ontologies which are enfolded and can stand in conflict with each other. Folkers, thus, emphasized contestation as a mode of mattering.

Whether contestation is adequately theorized in more recent conceptualizations of politics, was one of the questions of Sven Opitz’ paper on cosmopolitics in Bruno Latour and Ulrich Beck. He showed how both approaches operate with ontologies of entanglement, the global risk-community and “Gaia”. In one way or another both approaches suggest that cosmopolitics are the necessary result of this global situation of interdependency. As a consequence, their cosmopolitics oscillate between an over- and a depoliticization but certainly miss a political middleground in which an analysis of concrete power relations and contestation is possible. A con-ceptualization of the political in a neo-materialist vein would have to avoid this tendency: An onto-topological orientation as suggested by Folkers might point in that direction.

It was never our goal to celebrate or dismiss the theoretical orientations framed as new materialisms. Thus, the workshop, to us, brought up more questions and a desire to further link the debates on new materialisms with sociological concerns, theoretically as well as empirically. For this, we proposed five lines of problematization which themselves can conflict: How can we capture the apparative conditions of possibility of materialities and at the same time retain a gaze for the event-character of materializations? How could this eventfulness be integrated in empirical research as well as theoretical accounts in order to be able to think the complex relations of de/stabilization? How can we observe and theorize the multiple modes of matter’s existence, or better: it’s enactment? Moreover, how can we distance ourselves from a concept of matter that just presupposes it as agentive or vital force; how can we integrate its contestation and its multiple ways of withdrawing into sociological analyses?

On the one hand, this range of questions shows that neo-materialist concepts and interventions can provide theoretical resources to tackle fundamental problems of social theory. On the other hand, referring to new materialisms does not provide us a definite answer to the question of the relation between materiality and the social. Instead we hope to have shown that this strand of discussion is open to and in need of further development across disciplines and theoretical traditions. 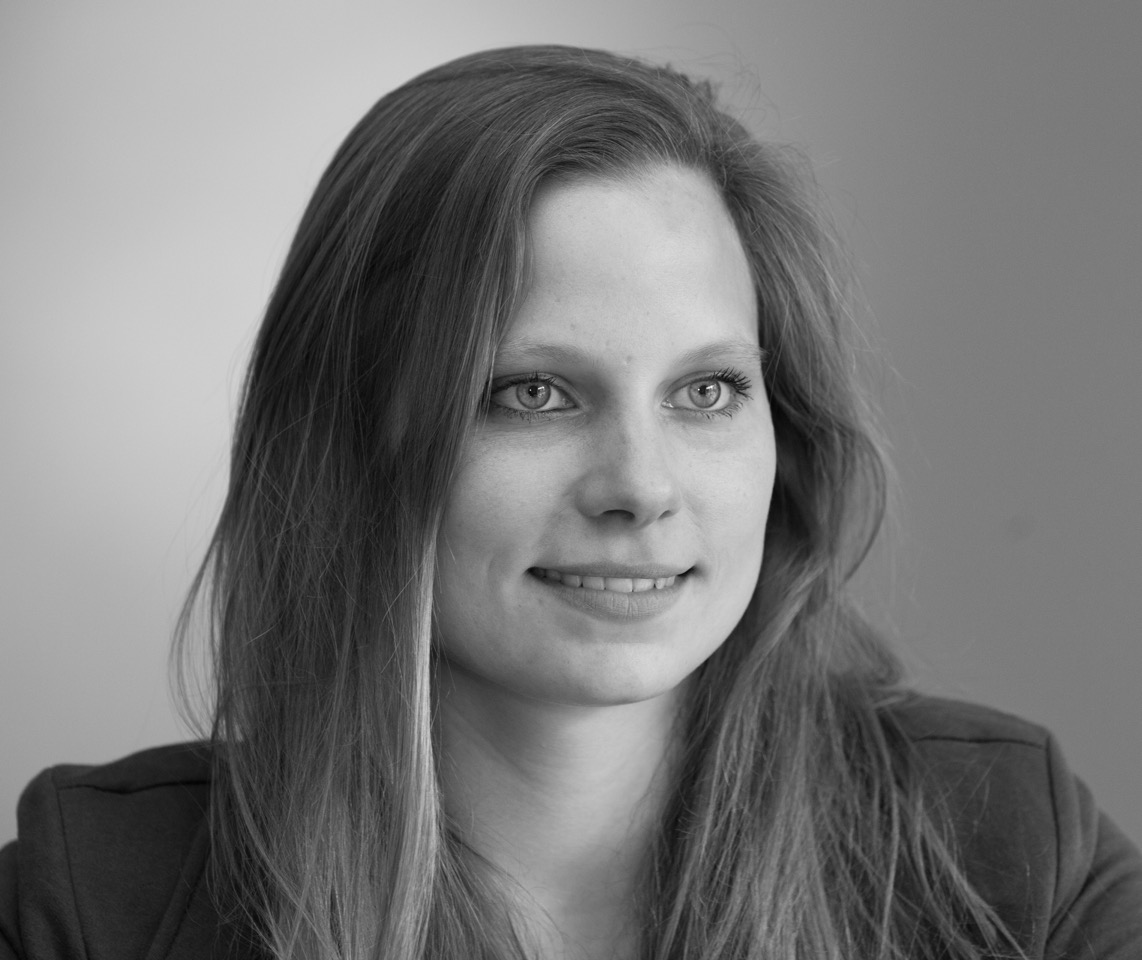 Katharina Hoppe is a research associate in the “Biotechnologies, Nature and Society” research group at the faculty of social sciences at Goethe-University Frankfurt. In her PhD thesis she develops a relational reading of Donna Haraway’s works. Her research interests involve contemporary political and social theory, feminist science studies, new materialisms and biopolitics. Benjamin Lipp is junior researcher at the Friedrich Schiedel Endowed Chair of Sociology of Science at the Technical University of Munich. In his PhD thesis he inquires into the apparative formation of social robotics as a techno-scientific project. His research interests involve TechnoScience, gouvernmentality studies, social systems theory and new materialisms.