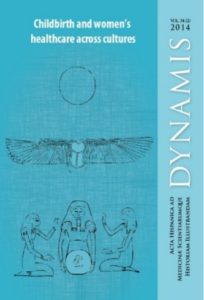 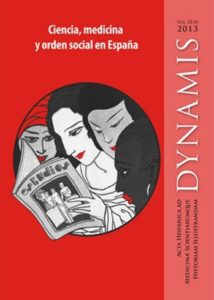 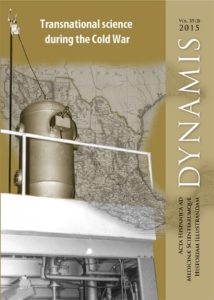 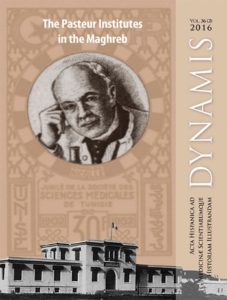 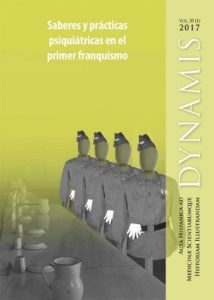 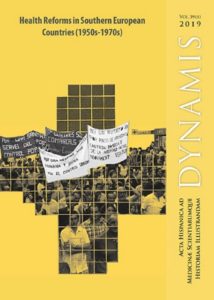 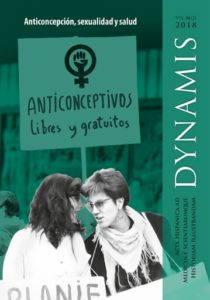 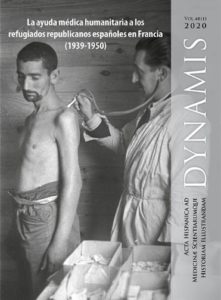 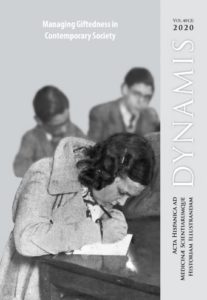 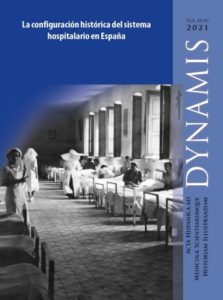 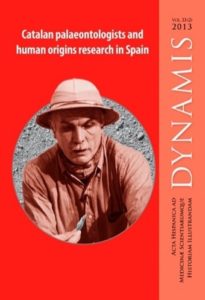 What was the need for this publication project?

How has it changed throughout time?

The Dynamis journal was founded in 1981 at the University of Granada by five historians of medicine (Luis García Ballester, Teresa Ortiz-Gómez, Rosa María Moreno, Guillermo Olagüe and Esteban Rodríguez Ocaña). The first editorial note acknowledged the influence of Pedro Laín Entralgo, and justified the publication of the new journal by the growing interest in the history of science, in particular the history of medicine, in Spain. From the beginning, the aim of this academic enterprise was to broaden the understanding of the social aspects of medicine from a perspective that included the history of scientific, educational, and medical institutions.

Today, Dynamis has an international and multidisciplinary Advisory Board and an Editorial Board whose members are distinguished historians of medicine and science based at different Spanish academic institutions. The professional rigour and intellectual acuity of the Editorial Board, together with the journal’s engagement in emergent research lines and topics, has enabled Dynamis to remain prominent both locally and internationally. The journal has also continued to enjoy contributions from both European and American experts in the history of science and medicine.

Dynamis has successfully fulfilled the generally recognized periodicity, uniformity and normalization criteria; it also fulfills the 33 parameters of Latindex quality system. In Spain, it is considered a journal with “good quality content and normalization, which occupies a high position amongst Spanish scientific journals.” Since 2016, Dynamis has been included in Thomson Reuters-ISI database, being the only Spanish journal currently indexed in the category History and Philosophy of Science (SSCI and SCIE). It can be found in the following Thomson Reuters products: Science Citation Index, Social Science Citation Index and Art and Humanities Citation Index. The Spanish Foundation for Science and Technology (FECYT) has recently awarded Dynamis its quality stamp and an excellent evaluation.

Dynamis has consolidated as an attractive vehicle form the scholars in the history of science and medicine. The criteria of the Spanish National Commission for the Evaluation of Research Activity (CENAI) and the National Agency for the Evaluation of Quality and Accreditation (ANECA), are essential for planning and progressing in the academic careers in Spain. One of such criteria is the publication of an article in an ISI-indexed journal before obtaining a doctoral degree, and this has made Dynamis even more attractive to scholars who work or wish to work in Spanish academic institutions. To this end, Dynamis has published high-quality contributions from doctoral candidates and early career scholars, offering an important venue for the dissemination of their work.

Dynamis publishes original, double peer-reviewed research studies (articles, notes or documents) and reviews in most of the languages of the European Union. This includes: Spanish, English, French, Italian, German, Portuguese and Catalan. From 1981 to 2010, one single volume of about 500 pages was published every year. Since 2011, two issues are published a year, and each issue consists of about 250 pages.

Although initially focused on the history of medicine in Spain, Dynamis has evolved as a truly multidisciplinary and international enterprise. The journal is open to contributions from other parts of the world, and the Editorial Board has recently expanded to included researchers from different institutions and universities in Spain and beyond.

A comprehensive list of special issues can be found here:

The Dynamis Editorial Board has received offers to be purchased or included in private editorial enterprises but has rejected these offers to retain academic independence of the journal. The technical side of the editing process falls mostly on the Editorial Board, which makes the cost of publishing two issues a year possible within the limited budget. Another challenge was the recent (2021) shift to Chicago Manual of Style as a referencing system. Since its beginnings Dynamis used footnote references but the new database environment made a change pressing. The decision about which reference system to use and implementing it was difficult as it required harmonising views of the interdisciplinary Editorial Board. The priority was choosing a style which would make cited works visible and easily recognisable for bibliometric purposes, but also allow for flexibility for referencing a wide range of primary sources. A previous challenge was linked with the the journal’s inclusion on Thomson Reuters databases (2006), especially the Journal of Citation Reports, after which the number of manuscripts submitted to Dynamis grew exponentially. The Editorial Board’s reaction was to increase the frequency of publication, from one to two issues and around twenty manuscripts a year.

Another challenge was linked to the journal’s digitalisation process, which included all published volumes since 1981 and was completed between 2005 and 2008. All the volumes are now available through the Barcelona Autonomous University Repository (RACO), which is accessible through the journal’s website. Initially, Dynamis imposed a 6-month embargo, meaning that the journal version of the manuscript became could be freely used after half a year from publication had passed. The embargo rule was lifted in 2014, making the journal fully and immediately open access. Since 2010, Dynamis has also been included on the Scielo platform, which, together with RACO and the institutional repository of the University of Granada, strengthen the journal’s visibility.

From a publication policy standpoint, Dynamis pursues three ideals. First, it has been particularly concerned with gender equality and therefore makes sure to keep a balance in the team of leading editors, as well as in the Editorial Board and in the authorship of articles. There are mechanisms in place to ensure gender balance in the Boards and in the publication outcome.

Second, the journal seeks to promote truly multi- and cross-disciplinary research. The articles cover a range of topics, such as the history of ancient Hippocratic-Galenic medical practices, the humanitarian health of refugees after the Spanish Civil War, parapsychological theories and science exhibitions in the 19th Century, and the debates about abortion in the last decades of the 20th century. This wide array of topics makes the journal difficult to categorize or fit within any fixed label. While the core of the contributions come from professional historians, Dynamis regularly publishes contributions from sociologists, anthropologists and philosophers of science. Dynamis has also homed articles and special issues, such as the 2018 special issue on Contraception, sexuality and gender, which prioritized novel methodologies such as oral history of health.

Finally, the third aim of Dynamis is to promote multilingualism in the history of medicine and science. Instead of only publishing in English or Spanish, the journal is open to several languages.

Have there been any difficulties in creating and sustaining this publication project?

All the articles published in Dynamis are freely and immediately accessible online in three spaces: the RACO database, SCIELO (2010), and the journal’s website. The journal pursues a green open access policy and does not charge any author fees. The journal’s institutional financial support covers the printing costs and the design of the front page.

Offering support in the process of publication without any fees makes Dynamis a very attractive journal for both senior and junior scholars in and outside of the Hispanic world. Needless to say, finding experts willing to collaborate with the editorship is not always easy.

Despite such problems, the journal has managed to maintain a high scholarly standard and its policy of true open access. The key challenge, linked to the previous point, is maintaining the journal as an independent and gold standard open access journal, which does not charge authors any processing, publication or open access fees.

What readership do you address?

The core readership are historians of medicine and health, although the journal appeals also to historians of science, general historians, and health professionals. Dynamis also attracts academic lecturers, who use the articles in their teaching preparation. The introductions to special issues play an important role in this process, and the open access availability ensures that articles are immediately accessible to anyone interested.

What contributions are you looking for?

The journal publishes original articles, book reviews, essay reviews and relevant primary sources with commentary. The editors are interested in receiving articles based on original historical research dealing with any topic related to the history of science. Dynamis only publishes articles in which the authors engaged in a critical assessment of primary and secondary sources and are able to offer new insights. Furthermore, the journal publishes literature reviews offering a thorough and interesting overview and discussion of recent publications made in a specific area of research. A third category of publications is short book reviews, which are written upon invitation and previous agreement with an editor.

Arbor: A Journal on Thought, Science and Culture

INGENIO: STS perspectives in the analysis of science and innovation policies

Care & Preparedness in the Network Society

Politics, technology and futures in times of crisis: a note of anticipation for the upcoming EASST 2022 conference

Previewing the 2022 EASST Meeting in Madrid: a travel guide